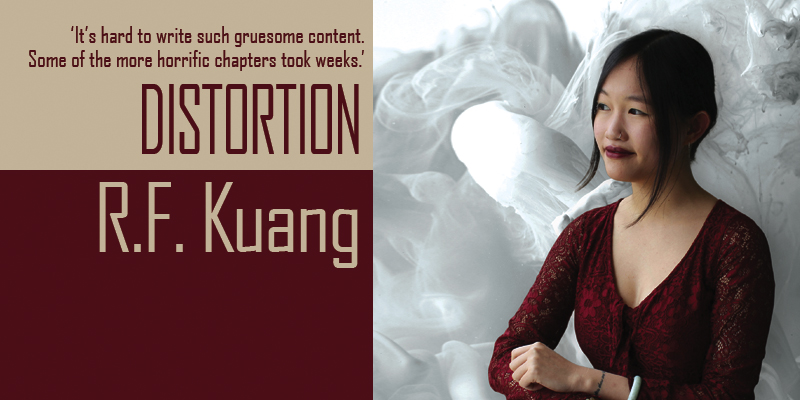 Rebecca F. Kuang was born May 29, 1996 in Guangzhou, Chi­na. Her family moved to the US in 2000. She grew up in Dal­las TX, and went to college at Georgetown in Washington DC, where she studied history. She took a year off as an undergrad to live in Beijing and teach debate to high school students; in her free time, she worked on her first novel. She attended the Odyssey Writing Workshop in 2016. Kuang is currently pursuing an MPhil in Modern Chinese Studies at Cambridge University on a Marshall Scholarship, where her dissertation examines propaganda litera­ture by Northeast writers during the Second Sino-Japanese War.

Kuang’s debut novel The Poppy War (2018) was a Nebula Award finalist, and won the Compton Crook Award. Sequel The Dragon Republic is out in August 2019. She is currently a finalist for the Campbell Award for Best New Writer.

“I try to read as much as I can across all genres, because I think there’s a lot worth learning from every type of author from every type of background. I’m obsessive about it. I have a policy that I have to finish at least 100 books a year. I didn’t hit that last year because I’d just started grad school, so that was disappointing, but now I’ve gotten more into audiobooks, so that’s been a good way to squeeze in reading time. I finish a book every two or three days. I don’t study creative writing (except for a course at Odyssey two years ago), and writers need to constantly refine their craft and learn from other writers. When you don’t have a struc­tured class, the best substitute is to treat books as your teachers.

“My usual routine is to read a couple hun­dred pages in one session, and then jot down two or three things that work for me, or don’t, to see how I can make my writing emulate that. I get writer’s block often because I’m stressed all the time. My one failsafe way to jumpstart the creative engine is to read 200 pages of really good writing. Then my brain starts thinking about how to imitate those sentence structures. I ask, ‘What can I do in this chapter to make me feel as excited about my own characters as I feel reading this?’

“My parents are huge readers – my dad especially. He introduced me to a lot of English classics, because he thought it was important that I become very fluent in English very quickly. When I was five, he would read Animal Farm to me as a bedtime story. There was some subliminal messaging going on there.

“I grew so addicted to reading that my mom thought it was interfering with my studies. She refused to take me to the library or buy me new SF/fantasy books. She would get mad if I brought them home from the li­brary, because she thought I should be read­ing textbooks instead. I started smuggling books home in the bottom of my backpack to read at 2 a.m. That made me treasure sci-fi and fantasy as a treat – ‘You can’t have this unless you get a good grade on a quiz.’ Even now, I think of SF as my guilty pleasure read­ing. Her plan backfired, because now I write fantasy, but I don’t think she’s complaining about it anymore.

“My dissertation at Cambridge is on the wartime fiction of Dongbei – Dongbei means ‘northeast’ – writers from 1931 to 1945. Northeast China was the first region to fall under Japanese occupation, so it’s the first area where you have realist stories describing life under Japanese occupation. It’s become known for the first examples of propagandic, patriotic stories. My disserta­tion analyzes the story forms and tropes of ideological fiction, and it’s been a lot of fun. Next year I’ll do another MSc at Oxford where I will probably pivot to more contem­porary Chinese fiction, especially science fiction, which is growing really quickly, par­ticularly in translation. There’s such a huge English-language audience for Chinese SF now, which is something I hope to explore during my PhD – I will apply in the fall, and we’ll see what happens.

“At first I wanted to be a historian. I was really interested in wartime history, which is where all the material for The Poppy War came from. But during my grad school course, I was always drawn to the cultural, literary stuff. So now I do literary history and literature proper. That feels like cheat­ing for literary inspiration, because there are so many story forms, myths, character types, anecdotes, and episodes in Chinese literature and wartime history that have not been repeated a thousand times in English yet. I can present my own variations on them, and readers think, ‘This is so original!’ Actually, no – it’s building on thousands of years of tradition, but this is just one of the first English-language iterations, so I’ll take that credit.

“I didn’t always want to be a writer. I didn’t have dreams of being a novelist – I just enjoyed reading as a hobby. I have al­ways written, but throughout middle and high school, instead of trying to produce my own short stories and proper novels, I would keep a diary. Instead of realisti­cally representing the things I was going through, I wrote this weird mix of fan fiction drabbles with original characters. I write about crushes I had or anxieties I was dealing with or things I was sad about, but instead of documenting my real-world experiences, I would create an original character and put them into a Harry Potter world, or Star Wars world. I’ve always found it easier to represent reality through the prism of fantasy. So when I wrote The Poppy War, the fantasy setting seemed like a natural way to process both personal trauma and family trauma, and a lot of stories that I’d been hearing from my grandparents about their experiences during WWII in China. I think the innate quality that made me become a writer was that impulse to represent things through a distorted mirror.

“Being a writer was never my original career goal, and it still isn’t. I would be sad if I was only ever known for my cre­ative writing, or if that ever became my full-time job. I get bored easily, and I can’t write full-time, because I’d just be in my head all the time and I hate that. I need stimulation from different kinds of tasks. I also crave constant positive feedback. You get that a lot more easily in academia, because you turn in one paper and they say, ‘Good job, turn in another paper,’ but with publishing it takes forever to get feedback, and I can’t handle the ups and downs. My main passion in life is studying Chinese literature, but I think I’ll keep writ­ing fiction on the side, because that’s just how I process things.

“I didn’t have a lot of anxiety about the first book, because I didn’t have high expectations to begin with. I wrote The Poppy War during a gap year between my sophomore and junior years of col­lege. I didn’t know what I wanted to do with my life – I just knew I didn’t want to be an economics major anymore. I went to Beijing to work for a year, and that made a huge difference, because for the first time in my life, I didn’t have homework. After five o’ clock I had this huge expanse of empty time, and that was scary. I wanted to use that free time to learn a new skill or produce something just for me. I de­cided to learn to code, but after two days of that, I thought, ‘Okay, I am not going to learn to code.’ Then I saw this ad for Scrivener, this magical word-processing app. I downloaded the free trial to try it out, and Scrivener was just so cool that I decided to write a novel, just to see if I could do it. I tried to stick to a daily word count of 1,000 or 2,000 words, which was a good mental trick because otherwise a novel seemed like such an unapproachable task – a mountain of words.

“I finished the book, and I’d poured a lot of my thoughts about my family history, Chinese mythology, Chinese history, and being Chinese-American into it. Originally I just wrote it for myself and my family as a way of understanding our identities and histories. But then it was finished and I wondered if I could sell it. So I googled things like ‘How do you publish a novel,’ ‘literary agents 101,’ and put together a list of literary agents. I sent some truly awful query letters, read some blog posts about how you should write query letters, wrote some better ones. Then Hannah Bowman got back to me quickly and said she really liked the book. I signed with her, we did a few weeks of edits, we went on submission, and then it sold in like a month. It went to auction on my 20th birthday, which was re­ally exciting. This process has been a series of endless delights and surprises, because I didn’t expect much to begin with. I think that’s a healthy way of approaching things, and that’s how I approach film stuff now. When there’s good news, there’s good news, and when there’s silence or bad news, oh well, I hadn’t pinned my hopes on that anyway, so it doesn’t affect me very much.”

Read the full interview in the July 2019 issue of Locus. 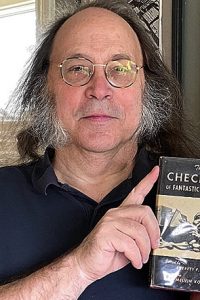 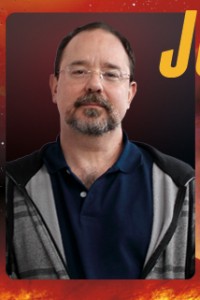