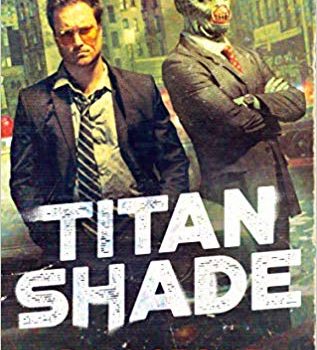 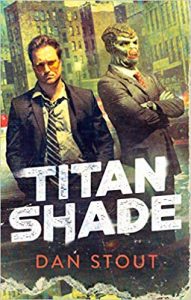 A diplomat is murdered and Carter, an honest homicide cop out of favor, decides to bull his way through the halls of power and privilege to solve the case, getting into lots of trouble along the way, helped by his newbie partner. What makes this mystery so much fun is the off-kilter version of the 1970s they’re in, from familiar elements like 8-track disco music and an oil-based energy crisis to the truly strange, like magic once extracted from now-extinct whales, a world with multiple human­oid races, and the city of Titanshade, built next to a mountain in a frozen wasteland over a region of thermal vents, next to the now-depleted oil fields that once kept the nation running. The diplomat killed was a froglike Squib, part of a group inter­ested in investing in putting wind turbines on the empty ice fields, but he was apparently up to some more questionable activity as well. Carter has no college background, no patience for diplomacy, and he loathes politics, but he knows his city and isn’t going to let the rich and powerful stop him. With his non-human, college-boy partner for contrast, he’s a fun detective in a chilly sort of noir mystery that makes an entertaining and very promising first novel. 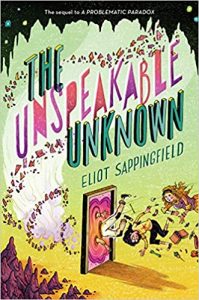 Girl genius Nikola Kross returns in this sequel to the humorous, quasi-SF middle-grade novel A Problem­atic Paradox. Nikola has actually come to enjoy school at the Plaskington International Laboratory School of Scientific Research and Technological Advancement (better known as the School), where parahumans and unusually intelligent humans study. It’s a wacky place where class schedules change con­stantly, studies often involve science not yet known to normal humans, and the biggest threats students face are often the teachers – monomaniacal, occasionally paranoid, and armed with all sorts of superscience gadgets. Nikola gets annoyed, however, when she learns the School isn’t keeping her informed on the search for her father, who was abducted by the evil alien Old Ones, and now the Old Ones are pursuing her. Fortunately, Nikola gets a lead on her father’s whereabouts, and decides it’s up to her to rescue him, with a little help from her new friends. Of course, in this over-the-top world, nothing goes quite as expected, with results both nerve-wracking and wonderfully hilarious. If you can stand science that’s more goofy than believable, it’s great fun. 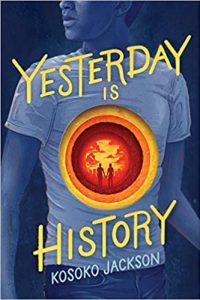