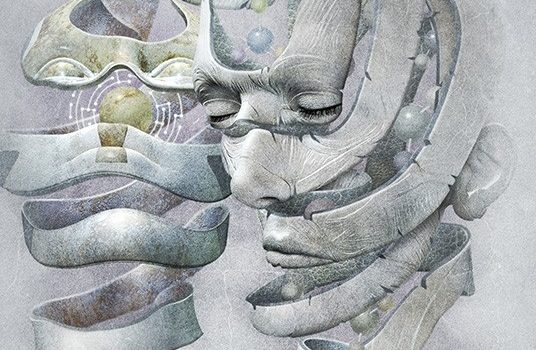 I first encountered Greg Egan’s work in 1991, with two stories selected by Gardner Dozois for The Year’s Best Science Fiction: Eighth Annual Collection. Gardner continued to pick up Egan stories with some regularity, and then came the early novels (Quarantine, Permutation City, Distress), and I was hooked on the heady mix of scientific and philosophical speculation and the deft use of materials from other genres, particularly the noir/thriller/crime-story tradition.

Egan’s shorter work has been documented in a half-dozen collections appearing between 1995 and 2009, and now we have The Best of Greg Egan, 20 selections laid out in publication order (1990-2019), with a brief but quite informative Afterword. Only the latest five stories here are new to me, so much of this column will necessarily go over ground covered in earlier reviews, but Egan has built up a body of work that justifies a second or third or nth look. (For a very solid first-look overview, see Karen Burnham’s Modern Masters of Science Fiction series study, Greg Egan.)

This collection is of particular interest because (in addition to adding the newer work) these are the stories Egan himself has chosen to outline his career, and in doing so he is suggesting how to read him. There is even a specific signal in one passage in the Afterword:

If there is a single thread running through the bulk of the stories here, it is the struggle to come to terms with what it will mean when our growing ability to scrutinize and manipulate the physical world reaches the point where it encompasses the substrate underlying our values, our memories, and our identities.

Of course, there is more to Egan’s thematic universe – notably in his far-future and virtual-environments settings – and there are recurring figures and motifs that run across the whole range of his work: refugees, exiles, outsiders and outliers, unpersons, relentless investigators and explorers and explainers-of-phenomena, inventors and devisers of understandings. Most of these stories do indeed emphasize his examinations of how we experience ourselves – our understandings, our feelings, our motives, our sense of who-we-are and what-we-mean and what-we-value.

Perhaps the most striking phrase from the Afterword is ‘‘the materiality of the self,’’ a notion that drives the story that I encountered first and that guaranteed that I would follow this writer thereafter. ‘‘Learning to Be Me’’ pursues questions of personhood and authenticity through an extreme case of imposter syndrome – a motif that Egan has returned to and elaborated over the years. The narrator’s anxiety over exactly who is the real him – the contents of his organic brain or the crystalline recording device that copies and stores all his experiences – has him ‘‘weeping and trembling, terrified and desperately lonely,’’ even to the point of existential nightmare.

Egan does not shrink from looking into any abyss, whether the topic is the authenticity of subjectivity or the genuineness of the most intimate relationships. The narrator of ‘‘Closer’’ (set in the same background as ‘‘Learning to Be Me’’) ‘‘desperately want[s] to believe that other people are knowable,’’ but when he and his lover finally get their crystalline minds integrated and ‘‘the surfaces stripped away,’’ the result is not ‘‘a glimpse of the soul’’ but only ‘‘beneath the skin… the cogs, spinning.’’ In ‘‘Appropriate Love’’, the agent of change is not some neurological black box but, ironically, the severe physical and emotional adaptations the narrator undergoes in order to save her husband’s life. Nevertheless, despite her genuine initial devotion, romantic attachment evaporates.

Most of the questions that haunt these stories concern identity: who or what is experiencing love or despair or elation? If ‘‘mind’’ is matter, where is the stability of personhood when the configuration of the matter changes? Who or what is doing the loving, the wanting, the believing? ‘‘Reasons to be Cheerful’’ pursues the nature and genesis of emotional states – the ‘‘reasons’’ are entirely neurochemical-physiological, and the mechanism of feeling is literally a mechanism – a computational prosthetic intended to repair neurological damage to the pleasure centers. In ‘‘Axiomatic’’, whole emotional-moral mental environments can be purchased as implants, installed, and removed. ‘‘Chaff’’ (which shares its world with Distress) starts with weaponized and monetized biotech, but turns again to matters of moral-psychological choice, both personal and social, as some of that biotech offers a hardened DEA assassin the possibility of remaking his interior moral landscape.

All these bleak deconstructions of experience are from the first third of the book – perhaps reason for those new to Egan (should any such exist) to skip around a bit. The questions of identity and authenticity do not disappear, but they do become embedded in less claustrophobic contexts. Sometimes the internal mindscape is everted. ‘‘Unstable Orbits in the Space of Lies’’ lies somewhere between a Borgesian fable and an old Galaxy-style comic inferno: a literalized metaphor worked out with science-fictional rigor, as an epistemological hobo tries to maintain some independence of mind as he navigates an urban landscape that has been fractured by ‘‘attractors’’ into competing ideological precincts. The physical environment of ‘‘Into Darkness’’ is one of Egan’s topological puzzles, an intruding wormhole through which the narrator moves to rescue people trapped by its alien geometry and physical laws. The story framework is a tense and effective physical adventure, while at the same time the narrator recognizes the metaphorical properties of the space he is traversing:

The wormhole makes tangible the most basic truths of existence. You cannot see the future. You cannot change the past. All of life consists of running into darkness. This is why I am here.

Egan’s moral, ethical, and social-political interests are woven throughout, and they are thematically central to three stories. ‘‘Crystal Nights’’ turns on the morality of developing artificial minds by mimicking evolution – of playing god with sentient beings that happen to run in a computer. ‘‘Silver Fire’’ (a thematic cousin of the earlier ‘‘The Moral Virologist’’, not included here) is a very strong example of Egan’s interest in matters of disease and morality and his scornful attitude toward irrationality, sentimentality, and ‘‘the saccharine poison of spirituality.’’ The protagonist of ‘‘Singleton’’ is driven by a determination to minimize the misery he sees as inevitable in a multiverse where every decision point can generate a bad as well as a good outcome, so that ‘‘everything that makes [him] happy [is] at the expense of someone else…in some zero-sum game.’’

I just wanted to lose the suffocating conviction that everything I had become was a mirage; that my life had been nothing but a blinkered view of a kind of torture chamber, where every glorious reprieve I’d ever celebrated had been in fact an unwitting betrayal.

So what isn’t in this collection? A lot, given that The Rest of Greg Egan would require two additional and equally massive volumes. Notably under-represented is the farthest-out side of his imagination – the cosmology opera of Diaspora or Schild’s Ladder or the Amalgam stories such as ‘‘Riding the Crocodile’’. The intellectually far-out – treatments of the metaphysics of mathematics – forms the basis for two pairs of linked novellas, ‘‘Luminous’’ and ‘‘Dark Integers’’ (a shadow universe based on non-standard math) and ‘‘Oracle’’ and ‘‘Singleton’’ (a multiverse of morally significant choices). But those are set in times and places close to our own (even when they might occupy next-door alternative realities). Perhaps closest to home is ‘‘Zero for Conduct’’, a very procedural account of how a determined and smart teenaged girl not only devises a breakthrough technology but figures out how to exploit it commercially – all the while navigating a setting that vividly outlines the vulnerabilities resulting from her gender, age, and refugee status.

Only ‘‘Oceanic’’ edges into extreme post-human and/or far-future territory, but that story’s armature is a kind of bildungsroman, as its narrator moves into, through, and out the other side of a religious worldview and into a materialist understanding of bliss. The elaborate back-story – a planetary ecopoesis originated by disembodied, star-traveling post-humans and a redesign of a newly embodied humankind – is a whole novel’s worth of material that remains background.

One of the most recent stories, ‘‘Uncanny Valley’’, pairs the imposter/authenticity motif with the issue of the legal personhood of artificial minds in a day-after-tomorrow near-future. Adam is a ‘‘sideloaded’’ recording of a now-dead celebrity writer, residing in a robotic body that precisely mimics the departed original. Along with the matter of Adam’s legal status is the question of just how perfect a copy he is – he dreams of ‘‘his’’ childhood, but there are gaps in memory – and he wonders whether he can write material that will match the original’s efforts and whether he can have a life that is his own.

Adam’s situation is linked (via a mention of the Loadstone corporation) to the three other stories that end the volume. ‘‘Bit Players’’, ‘‘3-adica’’, and ‘‘Instantiation’’ outline the technical-legal problems of AI personhood as artificial personalities try to escape the virtual-reality game worlds that they have been programmed into. The players are composites, bits and pieces copied from the scanned brains of many real-world individuals – depersonalized and anonymized memories and tacit understandings that have achieved coherence, self-awareness, and individuality despite the limits imposed by the gaming engines they run on. The sideways-gravity world of ‘‘Bit Players’’ is so sloppily worked out that newly generated character Sagreda intuitively knows that the physics can’t be consistent, and she and others cobble together a community that fiddles the game’s rules and eventually allows them to escape to other gamescapes. In ‘‘3-adica’’ Sagreda passes through a Jack the Ripper/vampires of London scenario on her way to a game employing a topology based on an exotic number theory that I still can’t quite follow, though the bit players do, to their eventual benefit. ‘‘Instatiation’’ finds the players finally facing the possibility that their bargain-basement gaming host will go out of business before they can complete their cybernetic jailbreak and migrate to a safe and independent computational environment.

Not even the most nightmarish or hall-of-mirrors of these stories sends the reader into emotional or moral free-fall. On one hand, there is the apparently bottomless uncertainty of ‘‘Learning to Be Me’’ or the recognition of the arbitrariness of belief systems in ‘‘Axiomatic’’ or ‘‘Unstable Orbits in the Space of Lies’’. On the other is the insistence on the reality of the Other (natural or artificial or even conjectural) and a corresponding moral imperative, as in ‘‘Singleton’’ and the Bit Players stories. Egan is determined to make sense of everything – to understand the whole world as an intelligible, rational, material (and finally manipulable) realm – even if it means abandoning comfortable and comforting illusions. This is fundamental to the whole project of SF and it’s why Egan’s Best – and his Rest – is worth any number of looks. 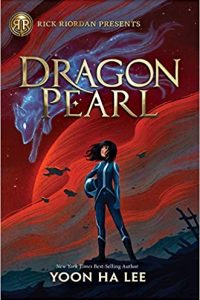 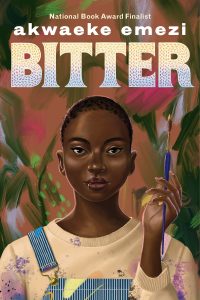 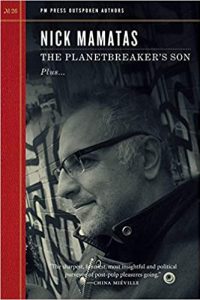