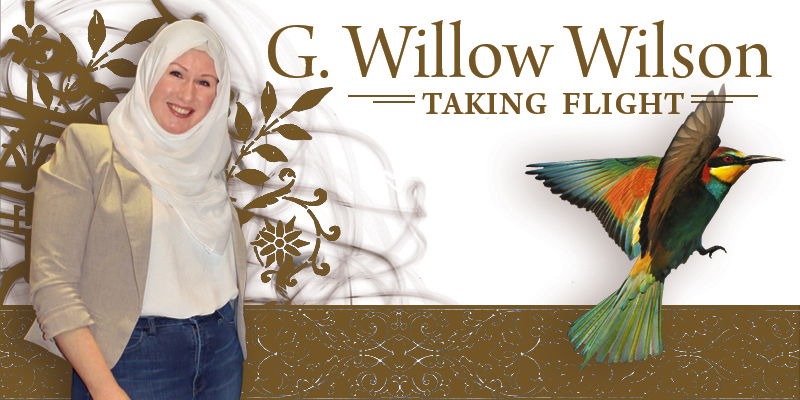 Gwendolyn Willow Wilson was born August 31, 1982 in Longbranch NJ and grew up in Colorado. She attended Boston University, where she studied history with a focus on the Mid­dle East. After graduation, she taught at an English-language school in Cairo for a semester, then be­gan working there as a journalist, writing primarily about the Middle East. Her journalism has appeared in Atlantic Monthly, The New York Times Magazine, and other publications. Though she initially planned to stay in Cairo for just one year, she married and spent much of her twenties in the city. Memoir The Butterfly Mosque (2010) details many of her expe­riences in Egypt.

Wilson’s first book was graphic novel Cairo (2008) from Vertigo. She wrote the series Air for Vertigo (2008-10). She co-created Muslim superhero Kamala Khan for the Marvel Comics series Ms. Marvel, and Ms. Marvel Volume 1: No Normal (2014) won a Hugo Award for Best Graphic Story. She recently re­tired from writing the title after 60 issues. Wilson has written for many other DC and Marvel comics, most recently Wonder Woman.

Wilson’s debut novel, Alif the Unseen (2012), a con­temporary fantasy set in Egypt, won a World Fantasy Award. Second novel The Bird King (2019) is a histori­cal fantasy. She lives in Seattle with her husband and their two children.

“My comic Ms. Marvel launched in 2014. The success, and the immediate suc­cess specifically, of Ms. Marvel caught all of us by surprise – me and Sana Amanat and Marvel and the comic book-reading community – and that experience was quite literally life-changing. I’d never been on the inside of an unex­pected hit before. It was life-affirming in a lot of ways. I thought Sana and I, as visible Muslim women in the comic industry, would have to spend a lot of time fending off trolls on the internet and justifying our own existence in this medium. Instead what happened was this immediate and transcendentally wonderful fan response. Those fans got between us and the relatively small number of trolls. That reaffirmed my belief in the intrinsic goodness of humanity, because I was gearing up for a battle. Some of the trolls come with questions that you almost can’t avoid answering – ‘Tell me why I shouldn’t complain to Marvel that they’re employing people who believe in this death cult,’ and when somebody is making threats against your career and your livelihood, you have to take it a little bit seriously. There was some of that, but much less than I was expecting. Instead, this community embraced our character Kamala Khan as their own and took off. It was astonishing to watch that happen.

“Nothing in comics is ever easy, because prose is something you can create in the solitude of your own mind at your kitchen table, but a comic book, particularly a monthly comic and a superhero comic, is the work of many hands. You’ve got the writer, the artist, the colorist, the letterer, and there’s a ton of editorial input – much more than you would get in a novel. All those pieces have to fit together to keep those books on schedule. Comics are automatically more complicated than novels, and this one was unusually complex, in that we were in truly uncharted territory with this character. Her profile became much larger, much faster than we anticipated, and we all had to roll with those punches. That’s also why I talk in the royal ‘we’ when I talk about this character, because it really is about five of us working on each monthly book. I’m the first – if I’m late, everybody else is late, so the pressure’s on me to be on time.

“Getting Ms. Marvel off the ground took a lot, because we wanted to be as perfect as we could right out of the gate, since we knew it was going to be under such close scrutiny. We were all putting 110% into this book, and that gets tiring after a while, because it’s not enough to make the first issue good – the second one has to be just as good, and the third one. Then all of the sudden it’s 60 issues later, and here we are, and I have white hairs that were not there before.

“I didn’t feel a sense of loss in handing Ms. Marvel off to Saladin Ahmed. I had been planning to step away for a bit. I’d gotten to the point where I had a sneaking suspicion every time I sat down to write an issue that I was repeating myself, or in danger of repeating myself. I’ve seen too many wonderful series ruined by a writer – sometimes an artist, but usually a writer – cling­ing on for dear life. They’ve told the stories they can tell, and haven’t recognized that it’s time for them to step away. I love this character and this community so much that I didn’t want to make that mistake. As soon as I started feeling that way, I began planning my exit strat­egy. I thought it was important to do it in a timely fashion because this series opened the door for so many new and amazing Muslim voices in American comics. I think we all felt like we were isolated blips before, and now we all kind of know each other, and there are conversations happening that weren’t happening before. I thought, ‘You know what, if I get out of the way, this character is going to continue.’ It used to be, if Sana and I weren’t involved as the creators, it would all collapse, but this character is going to outlive us. She’s going to be one of the immortals. It’s an amazing thing. When you come to a realization like that, you have a responsibility to the legacy of that character, to foster the writers who are going to take Kamala into the next de­cade, and the next 50 years.

“Saladin did such incredible work on Black Bolt, which won a bunch of awards, and deserved it all, and far more praise besides. I have not had an experience like that, reading a Big Two book, since Sandman – it was that good. I knew he would knock it out of the park. I’ve known Saladin for a long time, and was happy for an excuse to work with him and to help in the transition. It all came together, and it’s wonderfully sweet – not even bittersweet – that his first issue of Ms. Marvel came out on the same day as my novel The Bird King, my transition into another part of my career. To go so seam­lessly from one era to the next was amazing.

“When I was talking about The Bird King after Alif the Unseen came out and people asked what it was about, I said, ‘It’s set in 1491, and there’s one crossover character from Alif.’ Readers knew which one, because who else would it be? So yes, Vikram is back. Jinn are ev­erywhere in literature now! As they should be. You can do endless things with them.

“When we get numbers back I’ll find out if there’s overlap in comic book and novel readership. I used to have to really underline that connection to the comic book world. I’d mention that I have a World Fantasy Award for a novel, because people would say, ‘I had no idea that these two things were from the same person.’ There is a bit of a barrier. Comics is a fandom, and people feel that it’s a commu­nity, and that’s less true in the literary world. There’s a perception that most people just read books. It’s not like, ‘I am a book reader, and I’m part of an elite club of book readers.’ There’s not that sense of community. Comics fans are fans of the medium, but in books it’s not like, ‘I’m a book fan.’ You’re a sci-fi fan, or a romance fan, or a history buff. There are little subsets in the book world, while with com­ics, the medium is the fandom, and there’s a sense that you’re literate in a medium that a lot of people don’t even know exist. People say, ‘Oh, they still make comics? Is that like the spinner rack at the grocery store when I was a kid? Is it Mickey Mouse?’ There are people who literally do not know that comics are a thing that exist, even in this age of superhero movies, while everybody knows books are a thing. They at least know novels exist, even if they don’t read them. There is some overlap, and it comes from genre fiction. People who enjoy sci-fi in one medium will go to sci-fi in another medium, and that’s why I’ve wanted to make connections with sci-fi and fantasy fans particularly, rather than focus all my en­ergy on comic book-specific events. At genre-specific events, you get people who read omnivorously. They like sci-fi comics, sci-fi books, sci-fi movies, sci-fi tabletop games. That’s a lot of fun for me, because I consume media in the same omnivorous way, and it’s easier to have conversations in that environment.”

Read the full interview in the May 2019 issue of Locus. 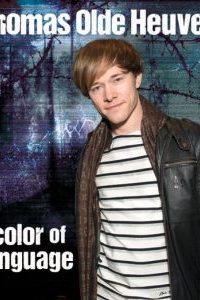