The theme of the conference was “Technology and Science Fiction”. Presentations dealt with myth and technology in the post-colonial era, Indian SF in the vernacular languages, the impact of science fiction on future technology, interaction with Korean Science Fiction writers, the release of two SF books, a session on the introduction to SF, a session on the method of writing SF scripts for radio broadcast, an interactive session of Indian writers with Korean writers, a celebration of the bicentennial year of Frankenstein by Mary Shelley, a show on mentalism and SF, the screening of a Tamil Science Fiction short movie, and others.

The inauguration of the event began with a prayer to the goddess of knowledge, Saraswati, and lighting the lamp in Indian traditional style. Dr. Manoj Patairia, the director for the Council of Scientific and Industrial Research at the National Institute of Science Communication and Information Resources in New Delhi, gave an inaugural address. He mentioned that the present conference coincides with the 200th anniversary of the first SF novel, Frankenstein (1818), and the 500th anniversary of the death of the poet and saint Kabir, who hailed from this place, worked against myth, and always upheld scientific temperament. Speaking about the history of Indian SF, he cited the contributions of physicist Dr. J.C. Bose to the field of astronomy, and the Vishwa Parichay by the Nobel laureate for literature Rabindra Nath Tagore to the growth of Indian SF. He talked about how SF could foresee future shock.

In his keynote address, the secretary general of the Indian Association for Science Fiction Studies, Dr. Srinarahari, described two ways to approach to the philosophy of life. Formerly, the sages (Rishis) achieved supreme power by means of penance. In contemporary times, Indians have been practicing yoga, by which one can attain Nirvana. Technology can also provide peace, happiness, and enlightenment. The means are different, but the goals are the same. Thus, he concluded, there is a culmination of Indian philosophy, culture, tradition, way of life, myth, and history on the one hand, and the adoption of technology on the other. The two can go hand-in-hand in the development of what he christened “Techno- Fiction.”

Dr. Rajiv Ranjan Upadhyaya, the president of ISFWA, gave an address, and cited ways the Vedas and Upanishads of ancient times dealt with science and technology.

Korean writer Suhyeon Lee and Bo-young Kim were introduced to the audience. The former is a prolific writer of Korean SF and has won many honors at a young age. Lee has written about minority groups, terraforming in outer space, and underwater cities. She has introduced more than 100 SF/fantasy works to Korean readers. Kim has a background in game development, graphic design, and scenario writing. “An Evolutionary Myth”, published in English in Clarkesworld, deals with the reinterpretation of Korean mythology and evolution. Further, she has earned a name for her extrapolation and for a vivid description of her protagonists’s psyches in her SF works.

The SF books Trends in Science Fiction in Tamil by Nellai S Muthu (former scientist at the Indian Space Research Organization) and Dr. Archana Mirajkar’s All the Way Home were released. The 21-year-old Indian SF writer Rishab Dubey also introduced his Krikos during the conference. Complimentary copies of Science Reporter, Neha, Pratidwanwi by Amit Kumar, and Science Fiction for Sci-Fi Fans by Dr. Srinarahari were distributed.

Pramod Jain, Director of Indian Institute of Technology, Benaras Hindu University, in his presidential address, asserted that in the history of IIT this is the first time they had the conference theme “Technology and SF,” and he hoped both the communities would exchange ideas in their future positive ventures.

Dr. Arvind Mishra, the convener of the event, welcomed the dignitaries and participants. The vote of thanks was given by Dr. PK Mishra, the Chairperson of the Malviya Center of Innovation Incubation and Entrepreneurship, IIT, Varanasi.

Immediately following the inaugural function, Dr. Srinarahari presented an “Introduction to Science Fiction with Special Reference to Indian Ambience”. Though the target audience was a class of students from local Varuna College and those new to genre SF, the session was attended by all the dignitaries and all the participants. During his presentation, he discussed the origin, history, concept, definitions, themes, movements, representative world class writers, and kinds of SF in general. Focusing on Indian SF, he cited the names of Indian states which have promoted SF studies; universities, colleges, and organizations that have taken up research work at the higher education level by providing facilities to the scholars for pursuing their post-graduate and doctoral degrees in SF; and the SF writers in English, Hindi, and vernacular languages. Indian SF visual media and others were also highlighted in his lecture.

The same pre-lunch session included a screening of Indian Tamil vernacular language SF short Mathi Mayanginen, directed by Ramanan Purushothama, with subtitles in English. It is based on SF novel Munusami 1.2.1 by Sujatha, one of the stalwarts of Indian SF.

The post-lunch session focused on the paper presentations. Abhishek Kumar Mishra presented a paper on “Hindi Cinema and Vignyan Kathaye”. It was followed by “Deconstructing Myths: Narrating the Story of Sita” by Indrani Das Gupta. Sita is the wife of Lord Rama in the epic The Ramayana. The paper was based on several modern Indian SF works which have overcome gender bias in characterizing Sita. Dr. Shiva Kumar Sonalkar’s “Jayant Narlikar’s Science Literature: A Study” served as a base for Meenal Kale’s paper on “Time and Space in Return of Vaman”. Both of them dealt with astrophysicist and top SF writer Jayant Narlikar’s works. “The Concept of Avatar in Science Fiction” by Dr. Reema Sarwal and Arvind Mishra generated a lengthy interaction with the audience.

Young SF writer Rishab Dubey dazzled by telling the audience about the latest ideas in the field which could bring about a drastic change in the technology of the near future. In addition, young scholars carrying out doctoral research in the field of SF exhibited their ability to open up new horizons in terms of innovative ideas. The exemplary attempts at novel interpretations were evident in papers presented by Indrajit Patra on “Impact of Science and Technology on Future Science Fiction”; Rishab Dubey in “A Route to a Better Tomorrow: The Power of Science Fiction”; Kailash Atkare’s “Post-Colonial Literature: A Critical Perspective”; Debraj Moulik’s “Philip K Dick’s The Man in the High Castle: A Post- Colonial Study”; and above all in Dr. Alpana Gupta’s “Science Fiction in the Post-Truth Era” and Dr. Kalpna Kulashreshtra’s views on contemporary SF trends.

The sessions with chairpersons Dr. Archana Mirajkar, Dr. YH Deshponde, Mr. Harish Yadav, Dr. Harish Goyal, Dr. Rajiv Ranjan Upadhyaya, Nellai S Muthu, Dr. PK Mishra, Arvind Mishra and the anchor-persons Dr. Balaji A Navle, Kalpna Kulshreshtha, and Dr. Bhise Ram created an everlasting impression on the general public and media due to their spontaneous direction, monitoring, and spellbinding remarks about the papers, as well as for being democratic in providing equal opportunity for the open house audience to interact with the scholars who presented the papers.

The popular All India Radio program makers Meenu Khare and Rajashree Banerjee addressed the SF writers about making a script for a radio show. The topic was “Science Fiction on Radio: How to See through the Ear”. Speaking about the Indian audience, they pointed out that in spite of the advent of TV, the radio continues to be accessible throughout the country, and pointed out how FM radio has been preferred to TV in recent days. They also gave tips for SF writers about how cautious they should be in writing scripts, explaining that listeners should be made to visualize the situation through audio effects. They stressed how a catchy title, loudness, pitch, pause, dialogue, background music, and expressions of mental states matter. The Indians call emotional states navaras. There are nine types of emotion: Shringara (love), Hasya (laughter), Karuna (kind-heartedness or compassion), Raudra (anger), Veera (courage), Bhayanaka (terror), Bheebhatsya (disgust), Adbutha (surprise), and Shantha (peace or tranquility). These emotions may aid the listeners in visualizing situations. In addition, they pointed out how editing and rehearsals help to improve the recording and enhance the quality of the production.

Harish Yadav is a Guinness World Record-holding magician. He gave a show on magic and mentalism. He read the minds of the audience and made their thoughts public, which audience members confirmed as correct. He also discussed SF and telepathy, and suggested that an intensive study and practice could make anyone perfect in their performance.

2018 marks 200 years since the publication of Frankenstein: or, The Modern Prometheus by Mary Shelley. An entire session during the conference was dedicated to the book in celebration. Dr. Balaji A Navle, in his paper “The Origin of the Species”, discussed the storyline and also the criticism, reviews, and the continuous flow of publication of works on Shelley’s themes for the past 200 years. As Navle put it, Frankenstein “is time-tested and deals with the problems of artificial creation, as well as the revolt against the machine culture, which have all immortalized Mary’s work.” Reacting to the paper, Dr. Srinarahari explained how intense the industrial Revolution was. He also discussed the term “Frankenstein complex” and related works, from Capek’s Rossum’s Universal Robots (1920) through the December 2018 Indian movie 2.0. The organizers conducted a poster-making competition for the students on Frankenstein‘s themes. The winner of the prize was Smriti Raghuvanshi, who receive a cash prize and a certificate.

There was an interactive session with Indian SF writers and the Korean SF writers. The writers on the Indian side were Dr. Arvind Mishra, Zeashan Zaidi, Nellai S Muthu, Dr. Y.H.Deshponde, Dr. Archana Mirajkar, Dr. Harish Goyal, and Rishab Dubey, while their Korean counterparts were Suhyeon Lee and Bo-young Kim.

We are one. Hence, we term all the countrymen belonging to science fiction producing Asian countries as we and us. The initiative taken up by the Chinese organizers in holding the first SF Con at Beijing this year has made us to work together. The Asian countries have both myth and technologically advanced modernity…. We want to preserve our past, adapt to the contemporary progress of new technologies, and accurately foretell the future through thought experiments – that is, science fiction. We have a common understanding that today’s science fiction is tomorrow’s science and technology.

The discussion covered the exchange of information, methods of writing, major themes dealt with, the response of the media, publication, criticism, forums, organizations, research work carried out, upcoming events, and accessible websites.

An arrangement was made for a Ganga Cruise, so the participants could enjoy sunrise during mornings as well as Ganga Aarti during the evenings.

The 17th Indian Science Fiction Conference is not the end, but paves way to the proposed Fourth World SF Conference in India: the 18th ISFC is proposed to be held in Aurangabad, Maharashtra state in 2019.

This report and more like it in the April 2019 issue of Locus. 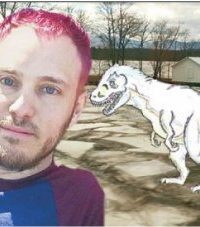