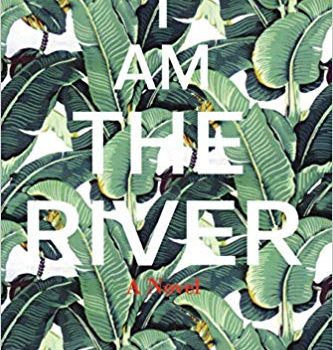 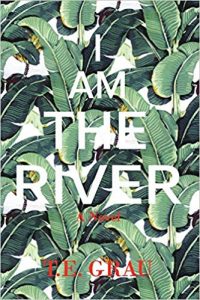 The decision of the Man Booker judges to award Anna Burns’s stream of conscious­ness novel Milkman with the top prize for 2018 triggered a fresh bout of navel-gazing amongst reviewers and critics about the accessibil­ity of literary fiction. In a fantastic, erudite article for The Guardian (“Pretentious, impenetrable, hard work… better? Why we need difficult books”) Sam Leith notes that the whole debate – com­pounded by critics who view Milkman as all that’s wrong with literary fiction – only reinforces the ridiculous binary that fiction is either easy or hard. T.E. Grau’s debut novel I Am the River provides an excellent case study as to why the dichotomy is nonsensical. If I had to locate the book on the easy/hard spectrum, it would undoubtedly be at the challenging end. Grau plays around with perspective – first and third person – provides minimal exposition, actively blurs the chronology of events, and modulates the novel’s tone, the voice shifting from paranoid to hallucinogenic to gritty and visceral. But nothing is confusing or opaque about the themes at play. I Am the River is a novel about the savagery of war and its lasting impacts on those who fought and survived.

When we first meet Israel Broussard, he is an addict barely surviving in Bangkok, where he works as a sometime enforcer for a local drug smuggler. Five years previously, he was part of a covert mission in the jungles of Laos, an attempt to end the Vietnam War through psychological warfare. The outcomes of that mission left Brous­sard with a Swiss-cheese memory, particularly an inability to recall what transpired in Laos, and in possession of a malevolent entity he calls the Black Shuck:

A great big hound, five foot at the shoulder, shaggy black fur, built like a German shep­herd but the size of a grizzly bear. Jaws always dripping wet, working those teeth, holding back the tongue. Yellow eyes sitting high on a skull the size of a bull heifer’s.

The novel alternates between Broussard’s drug-addled attempts to rid himself of the Black Shuck and the stealth mission in Laos where the enigmatic and memorable Augustus Cornwallis Chapel leads a cobbled-together unit of misfits and criminals such as Broussard, who is facing charges of cowardice having refused to fire on the enemy during his first deployment in Vietnam.

The chapters set in Bangkok are told in the first person, the prose frenzied and stifling, the night­mare of a shattered mind expressed through vivid imagery and sentence fragments, a sort of stac­cato poetry. It’s discombobulating, disquieting, and very effective. When the narrative shifts to Laos the perspective shifts with it: a third-person account mostly but not entirely told from Brous­sard’s point of view. Notably, there’s one terrific scene where Chapel details his strategy to a group of high ranking Generals only to be laughed out of the room. While these flashbacks provide some relief from Broussard’s terrified visions of the Black Shuck and his dreams of drowning in the titular River, they express the insanity of Vietnam, the violation of war. As the men walk through the sweltering, endless jungle, with its “dizzying variety of invertebrates” and “walls of bamboo blocking easy trails,” we are reminded as to who are the outsiders, the invaders: the jungle “grew things on its surface to keep them out.”

The unrelenting intensity of Grau’s prose culminates in a shocking moment of brutality that underpins the entire novel. It’s a gratuitous, graphic crescendo – the particulars of which I’ll keep to myself – that speaks to the viciousness of conflict and the lasting psychological impacts of violence. The Black Shuck might be a little heavy-handed as a metaphor for post-traumatic stress, but Broussard’s mental anguish isn’t any less devastating or tragic. His guilt, his inability to come to terms with what he did in Laos, resonates throughout the novel.

Yes, I Am the River is a difficult novel. Oc­cupying the shredded psyche of a man deeply scarred by guilt and trauma should never make for easy reading, and Grau’s flair for language, his willingness to experiment with form and structure, means you can’t gulp the book down like a glass of room-temperature water. These are positives though, qualities that should be lauded. It’s made all the more accessible and vital by Grau’s clarity of intent. There’s never any doubt as to what I Am the River is about, or what it’s trying to say. 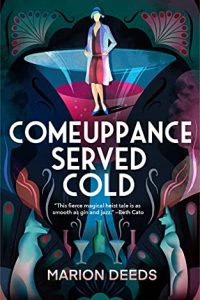 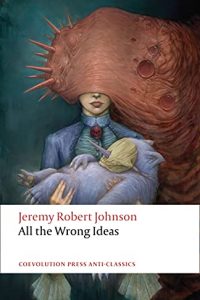