Other genres he has worked in include the gam­ing market, most notably for Magic: The Gathering, where he has done card art and concept work. Omar was also among the talented artists who contributed concept art and created the look for the motion picture The Lion, the Witch, and the Wardrobe.

In 2017 he self-published a personal project, an illustrated art book that explores the 19th–century narrative poem “Goblin Market” by Christina Rossetti.

Currently Omar’s attention has been leaning more towards creating paintings of whim and fantasy made to indulge his own personal tastes and humors, doing work for private art collectors and galleries.

He enjoys looking to the past for inspiration and guidance from the great oil painters of the North­ern Renaissance and the Romantic and Symbolist painters of the 19th century. You can find his work at <www.studiorayyan.com>.

What is the appeal of working in the field of SF and fantasy art? Who were your influences; was there a particular artist or artists who drew you in?

The field of fantasy – I never really thought in terms of painting for a particular genre but looking at old classics as a kid, I was of course drawn to the more fantastic, be it depictions of Greek mythology by Rubens and the like, or the 19th-century Romantics with their lion hunts and storms and trips to Hell, or the fantastic visions of the symbolists and Pre-Raphaelites, capped with the flourishing industry of illustrated works, the most influential of which for me was Rackham.

The underlying characteristic that appeals to me is a powerful narrative drawing the viewer into the story with movement, energy, and (hope­fully) psychological depth. The modern SF/fantasy industry is the torchbearer of that visual tradition.

Do you draw from life or from photo reference or both? What does your workflow look like from concept to realization? Any unusual techniques?

First I dream. I try to see the finished painting, then do a very loose sketch to catch the energy/movement. After that I look at reference, generally with generic Googling of subjects, for example, to look at a page of pictures of rabbits to remind me of any subtleties of rabbit-ness. From that mass of general visual information, I manipulate the drawing to satisfy the vision. As weight and tone develop in the work, a process of push-and-pull inevitably takes place as I look for a bal­anced composition and places of strongest movement. That always makes the final outcome a bit of a discovery.

Tell us a bit about Goblin Market and what it was like to illustrate Rosetti’s famous poem.

Goblin Market was an exercise in building a book with no structure. I had no restrictions on format, size, page count, character design, color mapping, or text flow – nothing preplanned. It was to be a free “stream-of-consciousness” response to the poem. I was two-thirds done before I started thinking about how to sew it all together. The result, I hope, is an interpretation of my responses to her verse rather than an illustration of the poem itself. 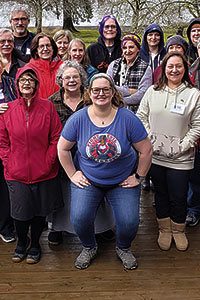 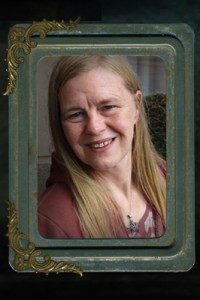