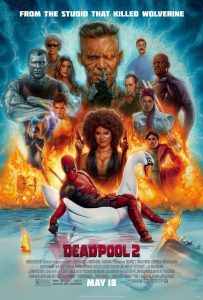 Deadpool 2 continues the zany adventures of a smart-ass, smart-mouth mutant mercenary (Ryan Reynolds) whose powers are superhuman regeneration, looking melted, and being meta. When a time-traveling soldier from the future (Josh Brolin) attempts to murder the young mutant Firefist (Julian Dennison), Deadpool is set on a path to redemption. Bonus points: he gathers a team of other heroes, including Domino (Zazie Beetz), Negasonic Teenage Warhead (Brianna Hildebrand), and Colossus (voiced by Stefan Kapicic), to help him.

Arley: It was fun, fast paced, and constantly clever, granted it was mostly directed at guys and loosely based on the comic books. Like many comic book movies, the more you examine it, the more problems you’ll find.

As in the first Deadpool, the script is filled with metanarrative jokes and fourth-wall breaking, which provide some of the strongest appeal of the movie. There is now such an established rhythm to the wisecracks and visual gags, and such a large pool of prior movies to pull from (both Marvel and otherwise), that in the hands of a more talented writing team Deadpool 3 has the opportunity to reach self-referential levels that have never before been seen and create an entirely unique cinematic experience. An irony singularity beyond which we cannot imagine what future comic book movies will be like. (And that’s before the time travel element comes into play.) Fortunately for the Marvel franchise, we should all be able to avoid this impending singularity given that Ryan Reynolds is part of the Deadpool writing team and Deadpool 2 continues to give us more of what we’ve already seen time and time again.

Josh: I was kind of bored with it at first. At first I was like, “Oh, this again.” The mood took a sharp downturn right off the bat and the humor was weak for the opening half hour. I had a hard time getting interested in the movie until Cable appeared.

Josh: I did, but probably not for the reasons that other people liked it.

Arley: I feel like if you liked the first one, you’ll like this one. It is more of the same.

Worse than leaning on the “Don’t be my friend” trope and some worldbuilding inconsistencies/massive plot holes, the sexism of the first movie returns, as Deadpool’s girlfriend Vanessa (Morena Baccarin) only exists to be his motivation for doing anything. What need does an unkillable being have to run around killing people? At the end of the day, everyone has some sort of story arc except the girlfriend.

Insert rant about hot chick falling for average dude trope: older, washed out, nerdy, out of shape, or balding guy “wins” the pretty woman at the end because of “who he really is” or his “heroism” (poor guy gets rich woman). There’s Something About Mary, Ready Player One, even Harry Potter. It happens in almost any movie with a plain male protagonist. Note that the “pretty-woman” character often remains unexplored or uninteresting, and seeing this trope in reverse is rare, the plain or ugly woman winning the handsome dude.

Arley: The jokes become stronger in the context of other people. If it’s just Deadpool quipping on his own, it’s weak, but if it’s him playing off other characters, the humor lands better. The best moments are when he’s self-deprecating or making fun of his own movie. But here’s the big misstep—in line with breaking the fourth wall and making fun of the movie, they should have made fun of killing off the girlfriend, to show that they know it’s a cliché. But they didn’t and that’s why it stands as a weak point (and yes, still sexist).

Josh: I agree, that’s why the beginning didn’t work for me. It was taking itself seriously. He’s “committing suicide,” everything in his life is bad, and I’m like this is not a serious drama so I don’t believe it.

Arley: The beginning also wrecks the stakes of the rest of the movie because they show his head being blown off but he’s still talking and cracking jokes.

Josh: Immortal characters are boring. The superpower-suppressing collars that the movie introduces to make Deadpool vulnerable seem like a slapped-on addition.

The premise has the same issues as Avengers: Infinity War (review here) and Harry Potter and the Prisoner of Azkaban. Nothing bad is permanent because the characters can undo time, and being able to unwind all your actions undermines your consequences and choices. Even Deadpool himself says that aspects of their traveling back in time is “just lazy writing.”

Arley: Going back in time makes it the same as “It was all a dream.” Why did I waste two hours talking about this, if it never happened?

Even if the plot can’t be relied on, as an action movie it had some high points. There were great sequences throughout, from start to finish: good martial arts fights, car chases, sky-diving, mutant-on-mutant and cyborg-on-mutant battles.

Josh: I did not like the big CGI fight. Wow. Two cartoons punching each other.

Arley: In the movie’s defense, Deadpool explicitly called it out ahead of time.

Josh: But I also don’t care about either of those characters.

Arley: This is what you’re missing in not being a comic book fan. This is a classic match up straight out of the X-Men comics! Fans have been waiting to see this on screen. There’s a lot of catering to the fans in Deadpool, more than there is in Avengers: Infinity War.

Josh: The other starring characters were more intriguing: Cable’s effects looked cool—the holographic eye, his energy shield—even if the movie doesn’t explain exactly what he is.

Arley: I didn’t need an explanation.

Josh: I was interested in learning more. Josh Brolin signed a four-movie deal as Cable so maybe explanation comes later.

Domino’s extended sequences of “good luck” were well choreographed, and even without her powers she’s established as an experienced fighter able to take on any other character in single combat.

Arley: Funny. I never liked Deadpool or Cable in the comics but I liked them in the movies.

Josh: I’m real sick of Deadpool by now, but I would watch an entire movie of just Cable and Domino. Domino was a breakout star character.

Josh: I appreciated Firefist’s line, “When have you ever seen a plus-sized superhero?” Good line, good point.

Arley: Agree, for sure. Still, I felt like his arc was extremely predictable.

Josh: Well, we’ve seen this exact story before, in Looper. A man travels back in time in order to kill a kid before the kid can grow up and become a powerful supervillain. Like we said, Deadpool 2 isn’t all that strong on plot.

Arley: Deadpool 2 had a lot of cool cameos, drop-ins, and Easter eggs for comic book fans. There were also a lot of missed opportunities. It had problems, things we can complain about for sure; but I was entertained throughout by what is essentially “a fun movie.” The fact that it was enjoyable despite its many problems is remarkable. I’d argue (though some will argue against me—that’s what fans do) that as a comic book movie it has more appeal to comic book fans than other Marvel movies do.

Josh: I’ll say the end credit scene was worth the entire price. The movie was entertaining, especially calling out Domino and Cable’s characters. 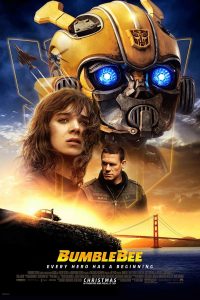 Back to the ’80s: Josh Pearce and Arley Sorg Discuss Bumblebee 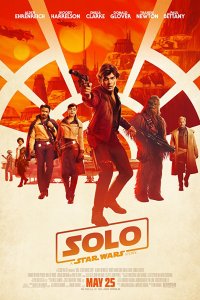 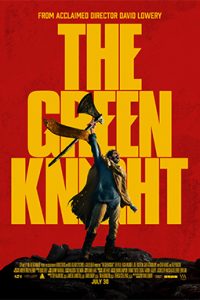