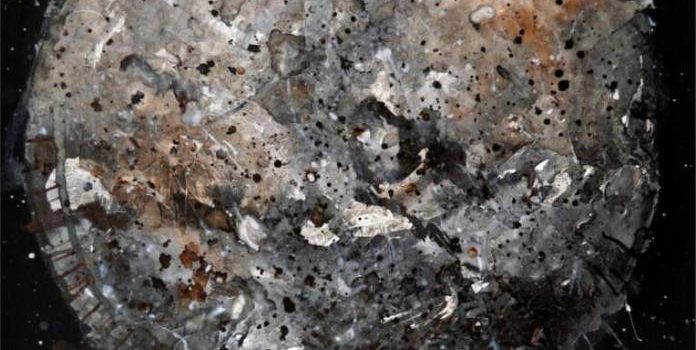 I suspect that science fiction will never run out of ways for things to go wrong with uploaded consciousness. Right now we can’t even simulate a mouse brain accurately, and maybe in the far distant future of Greg Egan’s Amalgam stories everything will be flawless (at least as far as the tech is concerned), but between now and then lies a vast and storyable gulf in which advances will be made and risks taken — and some people will likely suffer through the growing pains. In particular, the gap between what people want to believe about the technology and the unintended consequences in the fine print that no one ever really reads can be the setting for particularly gut-punching tragedies. This month I’d like to highlight three stories that exist in that space particularly well.

[At the end of this column I’ll be talking about E. Lily Yu’s “Music for the Underworld” in Terraform. I truly believe this story is better read without spoilers; as well as the beauty of the tale itself there’s a lovely experience of intellectual unfolding as the story progresses and you realize exactly which myth is being brought into the future. I highly recommend you read it for yourself before getting to the end of this review.] 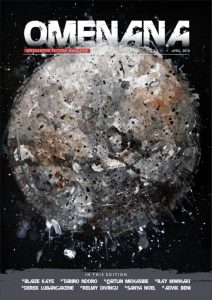 I’ll start with Blaize M. Kaye’s story in Omenana #11, out in April 2018, “Brand New Ways (to lose you over and over and over again)”. If you’re not familiar with Omenana I suggest you check it out. Edited by Mazi Nwonwu, the magazine’s mission statement starts with “We are a tri-monthly magazine that is open to submission from speculative fiction writers from across Africa and the African Diaspora.” If you aren’t aware of the amazing spec fiction coming from across Africa and the Diaspora recently, you should definitely check out Wole Talabi’s comprehensive list at the African Speculative Fiction Association website. (Hat tip to Nick Wood for pointing this out to me, and a shorter summary can be found here.)

Kaye’s story starts with a man running through a library to meet his wife, and he seems to have uncanny knowledge of what she’ll do in each moment. In alternating sections we see their meeting in the ‘present’ and what happened in the past. We get a sketch of their lives: happily married, childless, her incurable cancer, his decision to join the “Silver” tier of an “Electronic Consciousness Preservation” program, all the world building details of which seem perfectly believable and reasonable.

Abbie was always the more detail-oriented of the two of us. A patent lawyer until her 65th birthday, if she had been well she would’ve read every last page. That morning she could barely hold her pen. For my part, I would’ve signed anything at all if it would stop her hurting.

So it comes as a surprise to him that what they are not paying for is redundancy, and that any glitch in someone’s server can result in permanent corruption of their file, their consciousness. Abbie suffers such an error and can only be recovered to a moment about 13 minutes before her consciousness glitched. The Support staff keep trying to get her to persist longer than 13 minutes, so the man has to watch his wife live out the last 13 minutes of her life over and over again. In reaching for immortality of a sort, instead both he and she have been caught in a Sisyphean loop that neither of them can break free of — they’re not in physical pain and they’re not dead, but they’re also not living any sort of life, even virtually.

Kaye does a great job of pacing the information, building the scenario at a measured pace and building up the tone of the man’s pain. It’s not anguish any more, he’s been through too much not to have distanced himself somewhat from the events. It’s wistful, but still tragic. He’s clear-eyed about his own role in bringing this upon himself and his wife, which in a way makes it worse.

Next a story from Issue #37 of Lady Churchill’s Rosebud Wristlet, edited by Gavin J. Grant and Kelly Link. “Dying Light” by Maria Romasco Moore starts with the narrator’s wife enacting a particularly gruesome form of suicide; we quickly learn that for them, living in virtual reality on a spaceship headed to colonize the stars, suicide is not an option. The narrator, Ruth, is fairly content with her lot. She has a job monitoring various ship systems and sometimes controlling remote drones. Her wife Mag is not content at all. Suffering from serious mental illness, there are scant resources available to help someone who is desperate to escape from the inescapable.

This ship is run by a corporation financing a colonization movement, and all the people on board are resources to be conserved as much as individuals to be respected. They are (mostly) highly motivated volunteers; as Ruth puts it: “Had it been in our contracts? I’d read most of mine. Skimmed it at any rate. But I probably would have signed away every human right I had, knowingly and gladly, if that’s what it took.” So while Mag wants desperately to wake up (Ruth believes it’s so she can commit suicide for real) that is not allowed. Instead she enacts suicide in a variety of dramatic ways. Ruth has no idea what to do, and for me the heart of the story is Ruth’s perspective on trying to deal with someone you love who is deeply self-destructive — having no idea what you can do that might possibly help more than hurt. Ruth is by turns tender and callous, all to no avail.

Consultations with the ship’s “doctor” are no more effective; the software doctor is not able to find a combination of real-world meds that will help Mag feel OK with her situation. Finally they reach a compromise, in which Mag is allowed to “die” to an ambiguously defined extent, and Ruth finds herself face to face with a purely software construct version of her love. There’s some lovely imagery here with Mag’s avatar having a small door in her chest that shows different things at different points in the story. But mostly the story hinges on Ruth, a person embarking on what she wanted to be a grand adventure and escape from Earth, instead finding herself completely in over her head with her love.

Finally, an amazing story from E. Lily Yu in Terraform (edited by Brian Merchant), “Music for the Underworld”. In the near future under the watchful eyes of a ubiquitous surveillance state, gig musician and theremin artist Feo meets and falls deeply in love with Yuri. When she is imprisoned (not coincidentally after rejecting an executive’s extremely sordid advances and reporting him to HR), he is disconsolate:

he had determined that Yuri’s most likely place of incarceration was a black box known as SubGeo 4, that Yuri’s three bank accounts had all been frozen, and that his own lacked sufficient cash to bait the guppiest of lawyers.

Alone in his apartment, his phone beeps: “Cell phone proximity records suggest that you may have suffered a breakup or loss! In this difficult time, Bright Telecom can help.” A reconstruction of Yuri herself appears, begging him to subscribe to the app that will let her be with him. Feo finally relents, flicking straight past the Terms of Service as he signs up. She helps him search for ways to free the real Yuri, along the way getting permission to access all her information and social media. Working her connections, Feo arranges a solo concert at the prison where Yuri is being held, throwing all his emotion and artistry into his compositions.

On the way to this prison, this modern day Orpheus (and was there ever a more modern instrument for him to play than a theremin?) is repeatedly challenged, but his music is always enough to charm his way past all the police, all the surveillance. Once the full force of his art has moved all the guards to tears and beyond, the warden grants him one favor. He asks of course for Yuri. And she is brought to him in the little processor box that is running her brain, which she “opted” into instead of enduring incarceration physically.

Stunned and not really listening to what the warden is telling him, Feo takes the box home. Right before he arrives at their apartment, he docks her box with his phone, violating the terms of her release agreement and briefly seeing his love… and exposing her to the virtual subscription Yuri. In understated terms the ends of both Yuri and Feo are played out.

In a way, these three stories embody a particularly modern anxiety: that somewhere, somehow among all the reams of End User License Agreements and Terms of Service where we’ve clicked “I have read and accept” without actually reading them (or, if read, not fully comprehending), we have opened the door just a crack for something awful to happen. Especially interesting is that in all these stories there is the person who does the agreeing, but it is a loved one who suffers, not the protagonist (while I’m sure these stories were written well before the recent FB/Cambridge Analytica brouhaha, it makes it all the more apropos). These stories wrap that modern anxiety with a thick layer of guilt — it’s one thing to hurt yourself, quite another to cause suffering to the loved one you wanted, above all else, to make happy. The oldest story or the newest? As always with the best of speculative fiction, it is the the newest blend of the oldest ingredients that can move us most deeply.

More like this in the June 2018 issue of Locus.