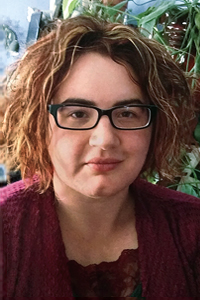 In 1692, a 7.5 magnitude earthquake shook the island of Port Royal, plunging over half the city into the sea and flooding what remained with a sizable tidal wave. Port Royal was infamous for its reputation as a rollicking pirate haven, and the disaster that descended upon it that day was largely tacked up to God’s vengeance. It’s always easier to blame God than poor planning or simple ignorance.

Same as it ever was.

The disaster, on reflection, was inevitable. Port Royal lay at the intersection of two tectonic plates. It was built not on a volcanic snub of rock, but what was, in essence, merely a sand bar. The violent shaking of the earthquake caused lique­faction of the surrounding land mass, effectively turning the sandbar the city lay upon into quick sand. Entire buildings were swallowed, and people with them. There remains one lonely, half-sunken structure from a later date that you can visit today, a reminder that the stolidity of the land beneath your feet on this spit of earth is merely an illusion.

That structure, of course, sits among plenty of many new structures in Port Royal. Hu­man beings still live there, even knowing and understanding the potential consequences of doing so, knowing the very ground could reach up and swallow them. This would seem to be a contradiction at best, foolish at worst. But human beings set up cities in the shadow of volcanoes, on sunny fault lines, and travel – as I am doing now – into hurricane-prone regions even know­ing a potential disaster is imminent. Why we do this continues to baffle me, even as I do it myself.

As individuals, certainly, many of us simply have limited options. We don’t have control over where we are born, or the economic and political circumstances that conspire to keep us inhabiting areas more likely to murder us than others. As a species that has gotten far through cooperation, however, it’s frustrating to watch us clamor for short-term profit and comfort rather than plan ahead and strive to create a future we may never live to see.

We have done just that many times over. We have built cathedrals and pyramids, aqueducts and highway systems. We have traveled to space, to the moon. We have collectively endeavored to create – for better or worse – sprawling civilizations. Brought together by religious fervor, patriotism, and alas, at times, nationalist furor, we can achieve the im­possible. So why aren’t we striving together to create cities and nations that will outlast even another century of shifting weather patterns?

The rise of the state, historically, occurred not to protect ordinary citizens, but to protect the interests of the elite and their property. Little has changed in practice today, but on paper, citizens in many countries expect more from their governments than taxes and militaries They expect public transit, healthcare, regulation of labor and food produc­tion, and social services in exchange for laboring under the state. We want to see states not as tools of the elite, but voices elected by and for ordinary people. I want that future. I cling to that expectation. But when I look out at who is being protected, and who exploited, in my current timeline, I’m certainly not optimistic about where we’re headed.

I share these stories and observations because in our fictional uni­verses, many readers continue to expect perfect logic and sense from the societies that we, as writers, build. We bring expectations to our text that politicians have to at least pretend to be rational, governments need to act like they have the people’s interests at heart, and there’s just no way that anyone would still be living outside that haunted temple that swallows people every hundred years…. And yet.

Humans are infinitely irrational and complex creatures. We are driven largely by emotion, as any marketer will tell you, and we use logic merely to justify and rationalize our decisions. Studies have shown that when presented with evidence of sexism, many professors in the sciences reject this assertion outright, even when confronted by evidence, because they believe themselves to be too rational to even consider such a thing. Imagine being so rational that you reject rational data!

There is no logical basis for many of the social and political movements that shape our lives, from racism to climate change denial. We can yell “the white walkers are coming!” until we are blue in the face, but even if the white walker is pounding down the ruler’s door, it’s actually quite probable the ruler still isn’t going to believe it’s happening. We are human, and fallible. Once we tell ourselves a story of what is, we are loathe to change it.

Paula Volsky wrote a book called The White Tribunal, which is a fantasy novel loosely based on The Count of Monte Cristo. As a teenager, I found the book delightful but frustrating, as every character upon whom the protagonist got their revenge continued to deny they’d done wrong even as they succumbed to death or committed suicide. I was far more familiar with the story of repentance, of those brought to the light in the moment they were punished. This is a nice story, a fun trope, and very Christian, but I’ve seen enough of real people now that I realize we all cling to the stories that we’ve told ourselves about why we’ve done the horrible things we have, until the absolute bitter end. It’s these stories of ourselves and our actions that literally make up our consciousness and create who we are. Losing them and admitting we were in the wrong, we were mistaken, feels like the death of the self.

As we go forward as writers, as human beings, it behooves us to consider what stories we’re telling ourselves about our actions and the actions of those around us. It’s vital that we understand that we are not rational, and that our emotions play a much greater part in driving us than we’d like to admit. When your protagonist is confronted with the evidence of the Big Bad, they may never wake up to the reality of it. They may go down in its jaws swearing they are in the right, that it’s all a dream, that it’s still some trick, the same way we face down hur­ricane after hurricane, disappearing island after disappearing island, insisting that our weather patterns aren’t changing.

I have great love for all that humanity is capable of, but I understand that our biggest hurdle in achieving our true potential is ourselves. Our fears. Our stories. We can change only when we embrace a new story of ourselves, not as fearful enemies but as colleagues on the same sinking ship. We can all jump off the boat and hope to survive, or we can start bailing together. But it’s going to take great collective action, and a complete change in how we view other human beings.

For my part, going forward, I am working on creating more interesting narratives, and stories about people who have worked or are working together to stave off disaster. I have seen the apocalypse, and I have read it a million times, and alas, I feel more and more today like I’m living in its earliest days. I’ve seen the very worst in us. I see it now whenever I scroll through the news. But there is still good out there. There’s still a future after this. We’re all still on the ship. It hasn’t sunk yet. 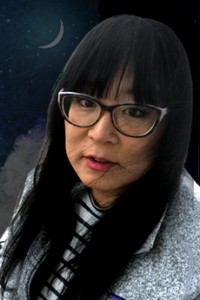 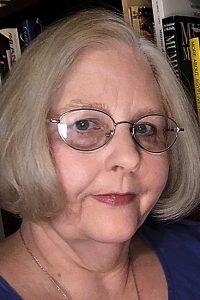