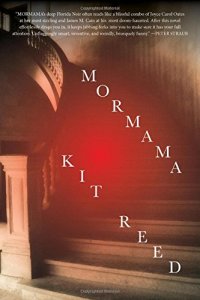 Kit Reed’s previous novel, Where (2015) gave us an inexplicable and uncanny situation that finally (perhaps reluctantly) almost-but-not-quite collapses into a science-fictional genre-space. Her new book, Mormama, isn’t coy at all: it’s a straight-up ghost story, and everybody inside the story knows it, and in any case the ghost for whom the novel is named is right there to certify everything, including (eventually) the reason for the haunting.

Once again, there are echoes of neo-Faulknerian southern gothic, but set in a rundown section of Jacksonville FL, where a decaying mansion, a shrine to the stifling proprieties and status-chasing of the Old South, sits right next to the tatty con­venience stores and drug corners of the New. The cast is multi-generational, and the half-dozen viewpoints include the living and the dead. First-person narrators Leah and her twelve-year-old son Theo, abandoned and impoverished by Leah’s absconding husband, have come to Jacksonville to claim an inheritance that will allow them to restart their lives. Third-person ‘‘Dell,’’ currently homeless, doesn’t know who he really is or why he had a Jacksonville address on an index card in his pocket – or a flash drive hidden in his shoe – on ‘‘the day the doctors cleared him’’ following the accident that left him amnesiac. All three wind up at 553 May Street, home to a trio of ancient sisters: the squabbling twins Iris and Rosemary and crippled Ivy in her electric scooter. There’s a fourth family member and major narrator: the spirit of the sisters’ late grandmother, derisively nicknamed Mormama because long ago, when household leadership skipped over her in favor of her daughter Manette, the family had ‘‘[o]ne more mama than we need.’’

The present action is not quite a plot: Lane, Theo, and then Dell arrive at May Street. Dell sets up a secret squat under a porch and observes everyone. Lane finds her inheritance spent and is stuck living with her aunts until she can find a job and escape. Theo discovers Mormama and Dell. Snoopy men in black come around looking for Dell. Dell tries to figure out who he is and why he has come to this place. These events constitute a line on which to string the various pieces of ante­cedent action, and as much as one might wonder what will become of the younger people, it is the piecemeal revelation of family history, of the forces behind Mormama’s haunting, that drives the book.

While mysteries, unanswered questions, and concealed family scandals abound, there’s noth­ing secret or subtle about the house’s most active haunter – everybody knows she is there. Like many a traditional ghost, Mormama has a dreadful story and a warning to deliver, but unlike some, she’s pretty up-front about it. Her storytelling, however, isn’t always linear, so we get it in out-of-sequence chunks. Here’s Theo’s introduction to her ways:

In the dark, in this awful house, Mormama speaks to me. She comes in the night. When she’s in a good mood, she plants herself at the end of the bed and tells stories….

She can’t stop telling it and I can’t get her to go away.

When she’s in a bad mood, she hangs in the air so close that it creeps me out and says shitty things. Boys are not welcome in this house. It isn’t safe!

Theo is a smart, resilient kid, and although he initially finds Mormama’s cold, looming presence scary, she eventually becomes merely intrusive and annoying rather than terrifying, and he even dares to sass her. Not that it makes the restless shade back off even a little, and she continues her warnings, interspersed with tales of the unhappy lives of her immediate family.

Other family members, living and dead, have their say as well, via memories, flashbacks, and unearthed diaries. Disabled, put-upon, and sometimes-ignored Ivy drifts in and out of the present, missing her long-vanished brother Ran­dolph, whose diary fills in his part in the family drama, and yet other diaries add to the catalogue of estrangement, abandonment, betrayal, flight, exile, and death that have shaped (and diminished) the household.

The shabby, claustrophobic house, stuck in a lost time, is a projection of the ambitions and vanity of Manette, a stage on which the generational drama plays out, and a locus for malign forces. As the fragments of the back-story connect, it’s clear that something even stranger than a haunting is going on at 553 May Street. (How old are these living-fossil aunts, anyway?) And, of course, the pieces eventually assemble and converge on a revelation and a dramatic climax – a reveal that, when it came, still surprised me, even as I thought, ‘‘Yes, of course, that fits perfectly.’’

To pick up a thread from the lede of this review: Reed is here (re)working the possibilities of contra-realist fiction. If Where operates in a post­modern area between SF and the naked fantastic – impossible events presented without an explicit explanatory, rationalizing, or familiarizing genre framework – then Mormama takes the path of tradition, deploying tropes and conventions whose pedigrees run from the gothic novel to Algernon Blackwood’s ‘‘The Willows’’ to Poltergeist and Stephen King’s The Shining. The power of Reed’s elaboration of these materials comes from the layering of a chorus of voices that reveal the hor­rors of personal, familial, and social pathologies: of snobbery, acquisitiveness, and monumental vanity, mirrored and reinforced by a social environ­ment that runs on a toxic mix of privilege, public refinement, and propriety that conceals private selfishness and cruelty – the hungry vacuum of a soul that knows only Me and Mine. Ghosts are scary, but that kind of bottomless, banal egotism shrivels and kills the soul. Or worse, preserves it. 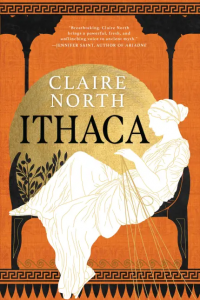 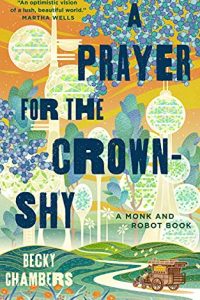 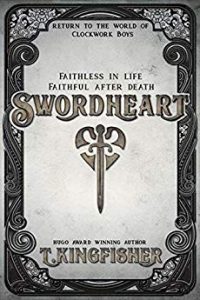