Hard times are coming, when we’ll be wanting the voices of writers who can see alternatives to how we live now, can see through our fear-stricken society and its obsessive technologies to other ways of being, and even imagine real grounds for hope. We’ll need writers who can remember freedom.
–Ursula K. Le Guin

Change is the only constant in our lives. Octavia Butler built an entire religion out of this fact in her Parable Trilogy. She set her novel in what could easily be our present: the last gasping days of the disintegrating United States. It’s a dark novel about the dangers of religious fundamentalism and fanaticism. And yet from this darkness, emerging from the ruins of a gutted civilization, a young woman founds a pacifist philosophical and religious order that transforms those who follow her. From the ashes, a savior. In even the darkest times, a ray of hope. A glimmer of light.

Speculative fiction has always been the safe sandbox for creating ‘‘what if?’’ stories. It allows us to play out our utopias and dystopias without miring ourselves in real-world revolution, with all its bloodshed and instability. We can sit back in our arm chairs or cozy up in our bunker and visit another time and place, and explore reali­ties that we can choose to embrace and seek to make real, or ones we can dismiss and guard against.

I miss those days.

When I cast about for a safe harbor now in a world speeding so quickly and changing so rapidly that our parents could have never have hoped to prepare us for it, I remember these stories. I remember the possible futures, the fantastic landscapes, the harrowing quests and epic federations that inspired me to be part of building a more hopeful future.

I also remember Butler’s dark future. Butler saw the darkness in us more clearly than many white writers, for the simple fact that she was exposed to more of it: racism, sexism, and a mountain of oppres­sive history all built up behind her and ahead of her. She had seen the fearful white supremacist heart of many of this country’s people clearly for what it was.

But still, she wrote. She was her own glimmer in the darkness.

My own writing has been that ray of hope for me, too, though I certainly have lived in better times, with more privileges, than many other writers. As I see that hopeful ray of light we have all been shining out into the world smothered once again in darkness during this latest backlash, I look back at all that has come before me. The United States and United Kingdom embrace far-right fundamental­ism and Russia moves toward the field of war, and I say: we have seen these dark times before. Better people than me have survived those times to deliver us here. We could not kick down the door and let in the light, but we saw all those beautiful beams of it, and it was uplifting. Getting shoved back into the dark is horrifying. But there is a backlash after every progressive surge forward, and this is our timeline. This is the reality thrust upon us, and we must muster all that we have done before to give us courage to marshal forward.

We are artists, certainly, but above all, storytellers. We create the narratives that help us all make sense of the world. As Le Guin said in her National Book Award speech, the hard times are coming. In fact, at this point in the year, I’ll say that the hard times are here, harder than they have been for many for a good long time. There are already young people who do not remember the world before 9/11 and the grim powers of surveillance and destruction that we licensed to our own government. Now we prepare to usher in 2017 with a far-right nationalist at the head of a country brimming with nuclear weapons, and another generation is poised to forget the freedoms that came before it.

We are going to lose much in 2017. That is something that we as writers, as artists, as human beings, cannot forget… but we cannot allow it to let us lose our hope or our ability to tell the stories that not only earn us our supper but also inspire and comfort others during times of great upheaval.

We have our possible futures. We have our memories of the world we were building, the world we can build, and that cannot be taken away from us. We cannot lose our memories of both what we were headed toward and what we could still achieve. Because it is our stories of hope that have sustained us through each period of darkness, after which we emerged into brilliant flashes of light, and someday, perhaps someday, that bril­liant dawn. It is our hope that helped us make sweeping policy changes that protected the most vulnerable among us, and extended the rights of citizenship to all people, no matter who they love. That hope and that future are not dead, but they are set back once again, in that long and ancient war we have fought and written about as futurists and fantasists. The long war between the light and the dark, between our better selves and our darker natures.

Our hopeful stories, our ability to tell dif­ferent futures, will sustain us through this darkness as they have in the past and as they will in the years to come. That is not to minimize what we will face; we won’t all survive it. But it is a reminder that there is a future, however dark, to push through to the world on the other side.

Each generation has its moment to discover who it really is, and these times will test us to the utmost. We will find out who are friends and colleagues are at their very core, and it will shake us. But, as with every story of war and suffering and hope and despair, we will also discover who the heroes are.

‘‘The real hero is only a hero by mistake,’’ said Umberto Eco, ‘‘he dreams of being an honest coward like everyone else.’’

As a writer, an artist, I wish desperately that I could be that coward. I had a hopeful road all paved out ahead of me, a road I saw snatched away in a moment as a darker power was elected into office in the United States by a slim minority.

But this reality does not take my stories. Instead, it thrusts us all into a new future, an uncertain and frightening one, without map or guide, in which honest cowards must discard their dreams in an effort to become the heroes they write about.

When everything else is stripped away, and history looks back to judge us as storytellers, they will look here, to you and I and to the futures we spin, to the ways we conduct ourselves, and they will ask, ‘‘How did you let this happen?’’

And we will say, ‘‘I am dreaming and building a better future.’’ 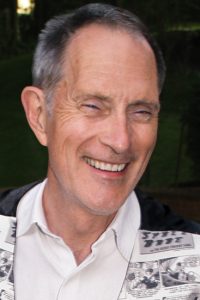 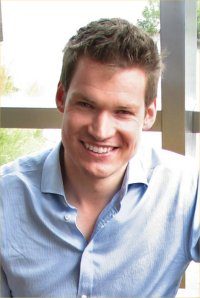 3 thoughts on “Kameron Hurley: There Have Always Been Times Like These”