Neal Stephenson’s new book Seveneves swept the hardcover list with a commanding lead over second place finisher Uprooted by Naomi Novik. Clive Barker’s The Scarlet Gospels (St. Martin’s) was the new runner-up. There were 52 titles nominated, up from last month’s 48.

On the paperback list, old favorites dominated with George R.R. Martin’s A Dance with Dragons taking first place, followed by The Name of the Wind by Patrick Rothfuss. The first ‘‘new’’ release to make the paperback list was The Hercules Text by Jack McDevitt at number six. The new runner-up was Honorverse novel Shadow of Freedom by David Weber (Baen). We had 67 nominated titles, up from 59 last month.

For the seventh month in a row, Andy Weir’s The Martian held onto the top spot on the trade paperback list by a comfortable margin. However, Ancillary Justice by Ann Leckie lost its number two position to M.R. Carey’s The Girl with All the Gifts. Apex by Ramez Naam (Angry Robot) was the new runner-up with 40 nominated titles, the same as last month.

In media-related books, original series novel Star Trek: Crisis of Consciousness by Dave Galanter took first place over Dayton Ward’s Star Trek: The Next Generation: Armageddon’s Arrow. There were no new runners-up. There were 12 nominated titles, considerably down from 30 last month.

In gaming-related books, R.A. Salvatore’s Forgotten Realms Companion Codex books Vengeance of the Iron Dwarf and Rise of the King again took first and second place, although Rise of the King had to share sec­ond place with The Horus Heresy: The Damnation of Pythos by David Annandale. There were no new runners-up. We had 13 nominated titles, up from last month’s eight. 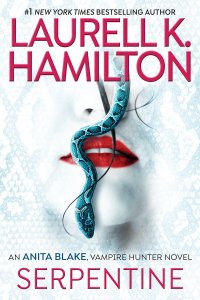 These are dire times for Brazil’s book market and publishing industry, with the current political and economic crisis extended un­der the unsympathetic-toward-culture Bolsonaro administration. In 2018, important book chains Saraiva and Cultura filed for the local equivalent of US Chapter 11. Measures included closing up bookstores; firing staff, clerks and booksellers; and withholding payments for publishing houses and other suppliers. In 2019, Saraiva revised its reorganization plan before court. In