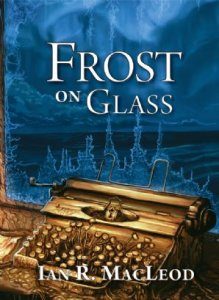 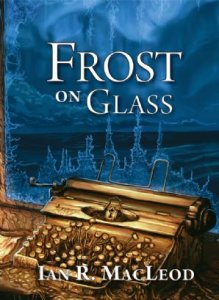 This month brings another early contender for the title of Best Collection of the Year, Frost on Glass by Ian R. MacLeod, a collection of 11 stories and copious interstitial material (forewords, afterwords, and autobiographical non-fiction pieces), mixing science fiction, fantasy, and harder-to-classify slipstreamish stuff. It’s hard not to compare this to Ian McDonald’s collection, The Best of Ian McDonald, which I reviewed here last time – like McDonald, Mac­Leod is another British writer who’s not exactly an unknown name to genre readers (he’s won two World Fantasy Awards and a Clarke Award), but who tends not to get the kind of appreciation he really deserves, either, especially on the American side of the Atlantic. Probably neither of them pulls in the big bucks from publishers, and they only occasionally feature on Hugo Award ballots even in non-Sad Puppy years, but both of them really should be ranked amongst the top SF/fantasy writers producing today.

I think that between the two collections, I give a slight edge to the McDonald, if only because you get more fiction in it. The MacLeod collection devotes a lot of space to the aforementioned non-fiction pieces, and although they’re all interesting and informative, and, full of personal information as they are, help to give us a better picture of MacLeod the man and his life than we may have had before, it’s a shame that room couldn’t have been made here instead for some of the stories from his previous collection, Snodgrass and Other Illusions: The Best of Ian R. MacLeod, which was practically stealth-published in an e-book edition noticed by just about nobody in the business. Stories from that collection deserve to be seen by a wider audience than the few who actually saw the e-book, and their inclusion here would have made this a stronger collection. Nevertheless, quibbles aside, Frost on Glass is very strong. There are a couple of stories here, on the slipstream side of the spectrum, that I didn’t warm to, like ‘‘The Traveller and the Book’’ and ‘‘The Crane Method’’, but the majority of the stuff here is strong, vivid, core science fiction, such as ‘‘The Discovered Country’’, ‘‘Entangled’’, ‘‘Re-Crossing the Styx’’, and ‘‘The Cold Step Beyond’’. I considered ‘‘The Discovered Country’’ to be perhaps the single strongest SF story of 2013, and ‘‘Entangled’’ is very nearly as good. There’s also a previously unpublished novella here, the title story ‘‘Frost on Glass’’, about a once-famous writer now living in a community for writers in what seems to be an England taken over by a totalitarian Communist Red Guard-style revolution. He must somehow break a decades-long writers block and produce something new or face exile or even death. The story is bleak and autumnal, with regret for lost years the dominant emotion, but it is beautifully, even lyrically, crafted, and the character of the writer, who sees his own shortcomings and failures all too clearly, a glum but interestingly complex one. 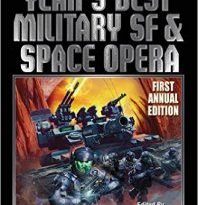 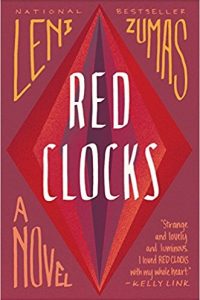 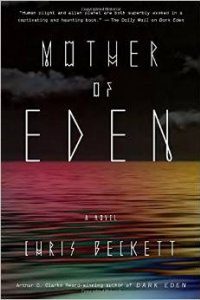