Back in 2011, in my capacity as a judge for the John W. Campbell Award for best novel, I had occasion to read my first book by Tom McCarthy, C. Here are my initial notes to my fellow judges. (And I don’t think that at such a late date this tiny behind-the-scenes peek at our deliberative process is too forbidden.) “Did you like Priest’s The Prestige, or anything by Ian MacLeod?  That’s the affect here.  Weird elegance.  Proto-technologies mapped subtly onto the present.  I think the reviewers make too much of the avant-garde and experimental angle.  They simply don’t know how to read SF, even of the steampunk variety. Echoes of Paul Bowles, Patrick McGrath, Ballard. Pynchon and Whittemore above all.  Very clear and cold-eyed.  Acid humor.”

C was an elegant, stimulating book, prime speculative fiction slipping in under the mainstream rubric, and I’ve much anticipated McCarthy’s next one. Five years onward, here it is. I am happy to report that it is just as winning and immersively enrapturing as its predecessor, but in a different way. Whereas C was somewhat old school and massive, a big canvas with lots of characters, the new book is slim and bleeding edge, almost a claustrophobic monologue. But it’s a compelling, fascinating monologue, probably the best J. G. Ballard book not written by JGB himself.

The book’s front cover delivers a hint of the multivalent, almost stream-of-consciousness nature of what we are about to read. Arrayed around the standard legend “A Novel” are other descriptors, with strike-through marks denying or hesitating over their usefulness. “A Treatise.” “An Essay.” “A Report.” “A Confession.” “A Manifesto.” Of course, despite the apparent dithering of the book’s fictional author—a corporate anthropologist dubbed simply “U.,” who works for “the Company”—his first-person account is all these things and more.

Inside we find relatively compact chapters consisting of numbered sub-sections, like a work by Wittgenstein. Our narrator is plainly concerned with ordering his scattered, flitting, associative thoughts in the most rigorous and efficient fashion possible. And that is because he is embarked on formulating the “Great Report,” a kind of totalizing anthropological summation of civilization and its discontents. Or rather, he would be embarked on such a pursuit if he were not obsessing about dead skydivers (shades of JGB’s aviators), oil spills, and Present-Tense Anthropology, a new discipline which would eventually result in a cabal of terrorist academics like the Baader-Meinhof Gang, intent on reinstituting a kind of prehistorical now-centered mindfulness among the populace. Oh, yes, the Company, his tentacled employer, in the form of its leader, Peyman, who is a combination of Malcolm Gladwell, Elon Musk and Richard Branson, also would like U. to get cracking on the Koob-Sassen Project, a revolutionary agenda whose actual lineaments will never be disclosed, even though we learn it has a potential impact on every aspect of modern living.

U. is also concerned with his relations with his lover, Madison. The man and woman exhibit odd behaviors together, which U. seeks to categorize and analyze. He begins to fill his office walls with pasted-up clippings of all sorts, rather like Rip Hunter at his blackboard trying to make sense out of the conflicting boardroom-dictated continuity changes at DC Comics.

All of this blackly humorous, paranoid, schizophrenic behavior and intellectualization makes for surprisingly hypnotic reading. It’s rather like trying to follow Philip K. Dick’s Exegesis. You can’t stop reading as U. builds a crazy quilt template he tries to lay down atop squirmy life. This is not to say that exterior events don’t also intrude. One of the most touching incidents is the illness and death of his co-worker Petr. And then there are two pivotal moments. In section 12.11, U. is vouchsafed a potent dream of “Satin Island,” a kind of entropic kingdom of waste. He will eventually come to identify this vision with the real-life Staten Island and seek to make a pilgrimage there in the final chapter.

But the mysterious center of the whole book seems to be a David-Lynch-style narrative from Madison’s past, which she discloses in a long account in Chapter 13. It’s not satisfactory as a straight answer to everything, but it’s brilliantly evocative of the whole conundrum.

McCarthy of course channels Kafka throughout all of this. But two genre writers other than Ballard loom as cousins. John Sladek, specifically in his great “Masterson and the Clerks.” And Barry Malzberg, in his entire oeuvre. Pick any paragraph in McCarthy, and you could find its like in Beyond Apollo or Galaxies or Herovit’s World.

“And yet… And yet… And yet. The Great Report still has to be composed. That was the deal: with Peyman, with the age. Even if it wasn’t composed in a way that conformed to any previous anthropological model, it nonetheless had, somehow, to find a form. It was all a question of form. What fluid, morphing hybrid could I come up with to be equal to that task? …how would it all congeal, around what cohere?”

Like a mix of David Cronenberg’s Consumed and Dave Eggers’s The Circle, Satin Island performs the role of a half-mad Doctor Benway who anesthetizes his patient—civilization—and then conducts an autopsy whose goal is more gory performance art than science. 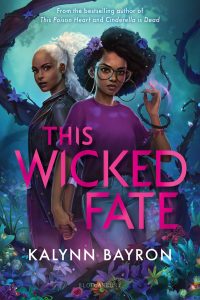