Collection of 18 stories first published from 1954 to 1963; this is the fourth volume of the original 5-volume set published in 1987, originally titled The Days of Perky Pat.
• Titles include “Autofac”, “The Minority Report”, “If There Were No Benny Cemoli”, and “Oh, to Be a Blobel!”
• Subterranean’s site has this description with the table of contents.
• The Publishers Weekly review of this new edition says, “The power of Dick’s storytelling rests in how completely his vision provokes the reader’s own disquieting sense of unease with the evanescent boundaries of reality.”

Omnibus of collection The Man Who Sold the Moon (1950, including the title novella) and novel Orphans of the Sky (1963, combining two 1941 novellas, “Universe” and “Common Sense”).
• This edition has an afterward by Mark L. Van Name.
• Baen’s site has this description with links to Heinlein’s introduction to the collection and to his timeline.

Eighth volume in Subterranean’s ongoing series, with 13 stories from 1990 to 1995, including “Thebes of the Hundred Gates”, “The Way to Spook City”, and the title story.
• Subterranean’s site has this description and order page, with the table of contents, along with links to the earlier volumes in the series.
• The Publishers Weekly review concludes, “Dense with colorful settings, thoughtful characters, and Silverberg’s usual painstaking attention to detail, these stories reveal a master of the genre comfortable with what he does best.”

SF alternate history novel, third in a trilogy following Farthing (2006) and Ha’Penny (2007), set in the years after Britain and Nazi Germany have negotiated peace. This book, set in 1960, concerns a peace conference between Germany, Britain, and Japan on how to partition the rest of the world, and the coming out into society of Elvira Royston, ward of Watch Commander Peter Carmichael.
• Macmillan’s site has this description.
• Amazon’s “Look Inside” function provides a preview.

January 4, 2015 admin Comments Off on New and Notable Books, January 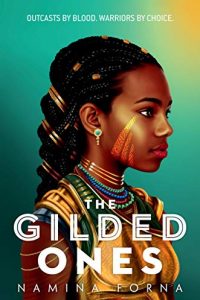 Chuck David Wendig was born April 22, 1976 and grew up in New Hope PA. He attended Queens University in Charlotte NC, where he studied English and religion, graduating in 1998, and ‘‘worked various bizarre day jobs, as many writers do’’ before becoming a full-time freelancer. He published a story in 1997 as C.D. Wendig, and another in 2000 as C. David Wendig, but the bulk of his fiction publications