August 2013—
• Stories posted in August include titles by Mari Ness, Ken Liu, Gareth D Jones, Ian Watson, and many others.

mid-August 2013—
• The lead reviews is Paul Kincaid on Lucius Shepard.
• Other reviews include Sandra Scholes, Matthew Hughes, and Steven H Silver on F&SF, Jack Vance, and Terry Pratchett.
• There are also columns and film and TV reviews by Rick Klaw and Mark London Williams, and Neil Walsh.

August 2013—
• Stories posted in August are Complicated and Stupid by Charlie Jane Anders, Din Ba Din by Ken MacLeod, and A Plant (Whose Name Is Destroyed) by Seth Dickinson. There are also podcasts of all three stories, by Anaea Lay.
• Poetry is by Andrew Brenza, John W. Sexton, Laura Madeline Wiseman, and Jane Yolen.
• There’s also a column by Eleanor Arnason, a column by Genevieve Valentine, and articles by Tara Isabella Burton and John Rieder — the latter a winner of the Pioneer Award in 2011.
• Reviews cover titles by Alan Campbell, Paul McAuley, Richard Bowes, Christopher Priest, and others. 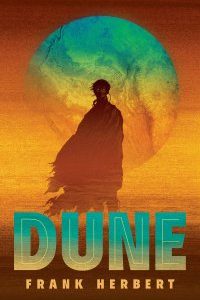 More and more, as I look back each year on what has caught my eye, I find myself drawn to works of genre uncertainty, work that plays with what had been safely familiar tropes, and results in fiction where we cannot convincingly say: that is science fiction, or that is fantasy, or that is mainstream. It is here, it seems to me, here in these borderlands, these debatable lands, that