Science fiction and fantasy writer Jay Lake announced in a blog post yesterday that he has been diagnosed with terminal cancer.

From his blog post: “the short form version is that I have a large mass in my peritoneum, two inches or more in size, along with another somewhat smaller mass. These are more omental tumors. Multiple masses of various sizes spread throughout my liver, some of them confirmed tumors, some of them suspected. Also two spots in my right lung which are suspected tumors. Tumors this widespread are not subject to surgical treatment. Not to mention which my liver is too fragile for further surgery in any case.”

He is going to start the drug Regorafenib later this month, which may arrest tumor growth enough to provide six to twelve months of life extension. After the Regorafenib treatment, he expects “about three months of decent quality of life, followed by six to nine months of decline, ending in death. In the mean time, of course, I will have to tolerate the rather substantial side effects of the drug.

“In other words, I will most likely die within nine to twenty-four months from now, depending on Regorafenib’s effectiveness. I will never again be out of treatment or free of cancer.”

Lake won the John W. Campbell Award for Best New Writer in 2004, and has been nominated for one Nebula Award, two Hugo Awards, three World Fantasy Awards, and 26 Locus Awards, as well as others. Lake has a story nominated for the Nebula, Locus, and Hugo this year, and plans on attending all three awards ceremonies, health permitting.

He has a long post with details of his diagnosis up at his blog, where he has been chronicling his struggle with cancer since 2008.

May 20, 2015 admin Comments Off on SFWA Election Results 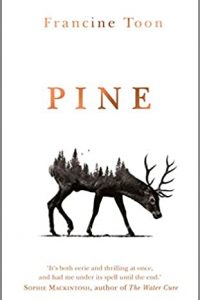