John Varley is another writer whose backgrounds and idea-sets were developed in magazine pieces before being fed into novels, and whose career cannot be fully appreciated without the short-form part of the canon. So a few years back, I was happy to see The John Varley Reader (reviewed in December 2004), which brought back into print a substantial chunk of Varley’s shorter work after an eighteen-year drought. Now I am made happy again to see a somewhat smaller chunk surface in the form of Good-Bye, Robinson Crusoe and Other Stories. The 11 items here collected date from between 1975 and 1986, eight of them clustered in the incredibly productive ’75 to ’77 period, and they are presented not in publication order (as was the case with the Reader) but as a ‘‘Grand Tour of the Solar System.’’ The fact that some planets are left out and that two stories that don’t fit the schema at all doesn’t bother me, since the Tour gives Varley an excuse to write headnotes reflecting on the state of understanding of the solar system when the stories were written and to offer some insight into the play of ideas (emphasis, I suspect, on ‘‘play’’) that generated them.

When Varley’s first collection, The Persistence of Vision, appeared in paperback in 1978, I immediately snagged it as the centerpiece for one of my science-fiction courses. His stories were great to teach, not only because they required students to pay close attention to what was on the page (‘‘Yes, he really does mean that literally’’; ‘‘Yes, that character really used to be female’’), but because they were early explorations of the fringes of the post-human condition, as well as fountains of exotic, playful ideas. If gleefully confronting taboos and unthinking convention and turning expectations on their heads are among the functions of art, then Varley is an artist. Nor does it hurt that he is also a craftsman, an entertainer, and a first-rate line-by-line writer.

Most of the stories in this collection belong to the Eight Worlds future that dominated the beginning of his career. Here the Nifty Skiffy technologies – nullfield vacuum suits, symbiotes, sex-changes, and the colonization of insanely hostile environments – compete for our attention with equally revolutionary and transformative changes in social, psychological, and moral realms. There is considerable conventional SF ingenuity at work in ‘‘The Funhouse Effect’’, ‘‘Retrograde Summer’’, and ‘‘In the Bowl’’ – notably the imaginary technology of the nullfield, which shapes the stories’ environments and enables the physical drama. (All three include strong survival-adventure elements.)

But it is the human context that is more profoundly estranging, particularly the familial and sexual environments. Once again, I noted how often the non-SF heart of a story turns on childhood or family dynamics, on new modes of parenthood and parenting, or even on new modes of dysfunction and child abuse. ‘‘Good-Bye, Robinson Crusoe’’ (1977) features a return to physical childhood (a companion piece to ‘‘Beatnik Bayou’’ over in the Reader), while ‘‘Retrograde Summer’’ and ‘‘Lollipop and the Tar Baby’’ turn on mother-child relationships and tensions (and dysfunctions) possible only to a culture with cloning technology. All of them – along with ‘‘In the Bowl’’ – also poke at our notions of children, kinship, and sexuality. These stories had a definite and useful shock value thirty years ago, and while sex changes and easy or routine somatic modifications are not surprising any more (at least in fiction), I suspect that some Varleyan notions might still raise eyebrows or blood pressures in a contemporary classroom – for example, the equating of religious evangelism with mental illness as a disqualifier for parenthood (‘‘Retrograde Summer’’), or his portraits of religious fanaticism (‘‘Equinoctal’’, 1977), or the casual mention of the possibility of sex between clone ‘‘siblings,’’ rejected only to avoid thermal overloading of one’s nullfield suit. (Though, to be fair, Heinlein was toying with related stuff back in 1959 in ‘‘‘All You Zombies – ’’’.)

Like McAuley, Varley has had some revisionist second thoughts about his future history. (There is a website that includes a detailed unpicking of the [in]consistencies of the Eight Worlds stories – Google up ‘‘Varley Vade Mecum’’.) At one time, it seemed that the world of lunar police chief Anna-Marie Bach (‘‘Bagatelle’’, ‘‘Blue Champagne’’) belonged with the Eight Worlds, but eventually Varley decided that, as he writes in the headnote to ‘‘Bagatelle’’, that world is ‘‘harsher’’ than that of the Eight Worlds. ‘‘Bagatelle’’ has a strong Larry Niven vibe, with its cop-with-a-problem foreground and nicely textured settled-Moon background. But despite the sophisticated technologies on display, this is far from the almost-magical milieu of its cousin series. There are no nullfields, no almost-perfect med-tech, no aggressively rationalist government. Instead, there is some pretty ugly general background, built up gradually from mentions dropped into the story: lunatic-fringe terrorist bombings, even with nuclear devices, and corporate wars are not-uncommon occurrences. ‘‘Blue Champagne’’ (1981) elaborates on the corporate and cultural side of this future, where some near-miracles, such as the paraplegic’s full-body prosthetic, are possible, but only at a very high cost that only starts with the money, and corporations withhold unprofitable disease cures.

The two non-series stories sort strangely with the rest. ‘‘The Manhattan Telephone Book (Abridged)’’ (1984) does not operate in anything like the same mode as the others – it is not even a parable. The best labels I can come up with are ‘‘secular sermon’’ or ‘‘reality check’’ – it’s a meditation on the difference between consolatory stories about apocalypse and the real thing. (For an extended and genuinely fictional take on a related subject, see last year’s Slow Apocalypse.) ‘‘The Unprocessed Word’’ (1986) is a goof, the sort of epistolary story that used to show up in the old Analog, but with a different set of in-jokes.

Between this volume and the Reader, the bulk of Varley’s short fiction is now available. The shelf life of much SF can be surprisingly short, but the freshness and vividness of these stories after nearly four decades suggests that Varley’s work belongs in the permanent canon. If I were still in the classroom, John Varley would be right there with me.

Good-Bye, Robinson Crusoe and Other Stories 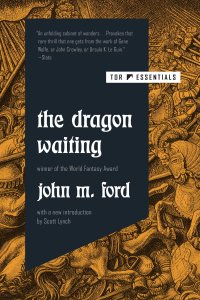 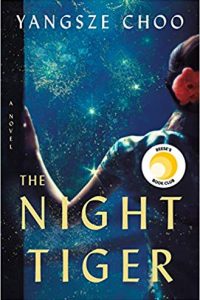