The press release from Pyr for Allen Steele’s new book, Apollo’s Outcasts, labels it “YA—Ages 12 & Up.” Such a statement is of course both true and not true. This compelling and solidly engineered near-future tale is straightforwardly “the latest Allen Steele,” a typically Steele-ian novel written to his usual high standards and exhibiting his recurring concerns, which also simply happens to feature not an adult but a sixteen-year-old protagonist telling us his story in the first-person. It will be enjoyed by the same readers who have reveled in Steele’s previous books, and that is a set of readers that already includes of course plenty of adults and, in all likelihood, lots of bright twelve-year-olds. The mature prose is indistinguishable from Steele’s usual prose (given the exigencies of first-person), and the harsh realities of life are presented in all their incontrovertible gravitas. Nor is the science dumbed down.

But you know what? If calling the book YA gets Steele lots of new readers, I’m all for it!

The novel certainly kicks off in high gear, doubling down on its plot-propelling crises. Circa 2097, Jamey Barlowe (his last name a nod, perhaps, to famed SF artist Wayne Barlowe?) is wakened at midnight by his urgent father. An insiders’ jingoistic coup d’ état is underway in Washington DC, and the elder Barlowe is on the new administration’s enemies list. Jamey and his two sisters have to be shipped immediately Moonward, out of harm’s way. But at the Virginia launchsite, a last-minute addition to the refugee roster means that Jamey’s older sister Jan must sacrifice herself and stay behind, due to limited seating. Who is the mysterious girl Hannah Johnson, and why is she so important? Jamey will find out only when he’s safely on the Moon. But even that safety is provisional, as President Shapar is intent on claiming the lunar helium-3 fuel resources for her own.

Steele does everything right in this book, without a single false note. Moreover, he does it all with grace, the story unspooling in an accomplished manner that seems effortless, but which really hides immense work and skill. Thanks to Jamey’s voice, the book exhibits an organic wholeness that makes for seductive readability. The sociopolitical stuff dovetails with the coming-of-age stuff which dovetails with the space stuff. Like three legs of a tripod, everything supports everything else. But let’s examine each leg as if they were separate.

On the realpolitik front, Steele tackles the big issues of governmental responsibility versus personal freedom, abuse of power versus citizen might, without being preachy or dogmatic. His portrait of the usurper President, Lina Shapar, has some nice sardonic allusions to a certain Alaska governor of recent notoriety, but in a nonpartisan way, if that’s possible. Readers of Cory Doctorow’s YA books will find Steele matching those fine predecessors.

The human interest angle, Jamey’s maturation and exfoliation of character, reminds me of something James Patrick Kelly or John Kessel might write. (And in fact Kessel’s recent series of stories set on the Moon come to mind as resonant cousins.) All the subsidiary characters leap off the page as well.

As for the space frontier matter, Steele has plainly done tons of research and speculative thinking, then incorporated it in naturalistic ways, with only that amount of smooth info-dumping which would come logically to Jamey in certain situations. But the tactility and uniqueness of the lunar colony of Apollo emerges full-strength, in a thousand tiny and large ways. What’s the furniture made of up there? Bamboo, of course. Lightweight, fast-growing and easy on limited resources. I can’t say I’ve ever seen such a notion before. Steele conjures up the visuals and sensory kicks of his environment in the manner of Alastair Reynolds detailing one of his (Reynolds’) more exotic future venues.

This book will inevitably evoke comparisons to the great Heinlein juveniles, and in fact Steele deliberately courts such echoes. Savvy readers will discover tastes from all the great Heinlein YAs: Podkayne of Mars, Starship Troopers, Rocket Ship Galileo, Farmer in the Sky… And of course, the mature Heinlein book most relevant is The Moon Is a Harsh Mistress. But what is most remarkable is how Steele transcends mere pastiche and produces a book that is utterly his own and fully a product of 2012, while still honoring his heritage.

What’s most refreshing about this novel are two things. First, the averageness of Jamey. Oh, yes, the rare circumstances of his birth endowed him with a legendary aura. But that doesn’t really come into play. It’s hype that he denies. He’s really just the guy next door. Smart, resourceful, brave, yes. But not the hidden heir to an empire, or the most powerful wizard of all. He’s simply a baseline good human, put into exceptional circumstances and responding as best he can. That’s the old, once- dominant Norman Rockwell/Jimmy Stewart/Heinlein model, which says we all have our worth and potential to shine. Alas, that old credo has been discarded too often these days, in favor of unearned specialness.

Secondly, the sheer rationality and normality of this future and its scenario are a breath of fresh air. Like Joan Slonczewski’s The Highest Frontier, the plot features action and tumult, but not of the world-ending, paradigm-shifting variety. It’s just another day at the office, in many respects, and that emphasis on portraying how we shall enact our quotidian existences in the future is a treasure of SF that is too often discarded in favor of false melodrama. 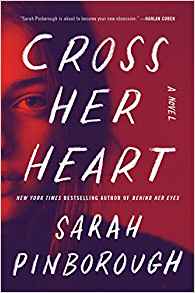 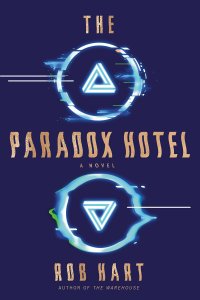