Over a decade ago, the science fiction writer Melissa Scott and her partner, the writer/editor Lisa A. Barnett, released Point of Hopes (1995) and Point of Dreams (2001), a pair of police-procedural novels with a twist: they were set in a fictional city. That imaginary setting was Astreiant, dominant power of a world in which the technology is Renaissance level, the sciences are magical, the society is matriarchal, the choices in life partners are unrestricted by race or gender, and the suns are two. Appropriately, both of these genre-bending mysteries centered on crimes that were possible only in the world of Astreiant. And, as you’d expect of good mysteries, the crimes revealed character–especially that of the two leads, Astreiant-born Adjunct Point (police sergeant) Nicholas Rathe and foreign-born ex-soldier Philip Eslingen, who evolve over the course of the novels from strangers, to crime-solving allies, to cohabiting lovers.

Though excellent, the duology ended up frustrating many readers, because neither novel showed Rathe and Eslingen’s transition from friends to lovers. Instead, this change occurred in the interstice between volumes. And, when Barnett passed away in 2006, most fans of the series concluded that neither this story, nor any other featuring the pair created by Scott and Barnett, would be told.

The conclusion was reasonable, but wrong. This summer, Lethe Press released Melissa Scott’s new book, Point of Knives: A Novella of Astreiant (2012), which fills the gap between Point of Hopes and Point of Dreams. This return to Astreiant is very welcome, but it may not entirely eliminate fan frustration, because Point of Knives also doesn’t reveal how the bromance of Rathe and Eslingen progresses to romance. Instead, thanks to their inimical employers, the affair they began after the conclusion of Point of Hopes is over before the start of Point of Knives.

The odd ex-couple aren’t in contact as Point of Knives opens, but they soon cross paths. Rathe, investigating the mystifying murder of a popular retired pirate known as Grandad Steen, finds Eslingen in an alley, puzzling over the body of another murdered pirate: Old Steen, the ex-pirate’s son. This son also has a pirate son, still alive, and known as Young Steen (despite the shared name, Scott keeps the three distinct in readers’ minds). Young Steen denies the assertion made by an unknown woman who’s come forward to claim she’s Grandad Steen’s wife, a connection which would disinherit Young Steen–a situation that would be of no moment, if the old man were as impoverished as he seemed. But he had a secret chest of gold, which he’d been in the process of selling to Eslingen’s cash-strapped boss, the crime lord Hanselin Caiazzo. Now the sea-chest is missing.

Caiazzo wants the gold, so Eslingen once again becomes Rathe’s investigative partner. Their task is complicated by the nature of the missing metal: it’s untaxed and therefore illicit. And, as Rathe and Eslingen learned in Point of Hopes, certain kinds of gold are alchemically tied to dynastic succession in Astreiant, throne-city of Chenedolle–and that succession remains unnervingly unclear. The missing gold must connect the queen of Chenedolle to Eslingen’s capital-short boss, the three pirates, and the mystery wife. But how? And how many more will die before Rathe and Eslingen can find the link?

As they seek answers, Rathe and Eslingen agree to resume their physical relationship, but only for the duration of their investigation. However, as the temporary friends-with-benefits arrangement proceeds with a cautious, sometimes hesitant, and always believable awkwardness–accentuated most tellingly by Eslingen’s willingness to reveal to his cop lover a detail of his horoscope (astrology is a working science in this world), while Rathe won’t share his natal stars with someone who can betray them, however unwittingly, to the criminals–even readers unfamiliar with the prequel and sequel will realize something Rathe and Eslingen don’t. They’re becoming far more to each other than “winter-lover[s who]’ll part at the spring thaws.”

The above description may mislead readers whose only exposure to fictional male-male couples is through the anime/manga subgenre known as yaoi. Read an Astreiant book in expectation of the explicit sex and overwrought angst often associated with yaoi, and you will be seriously disappointed. Rathe and Eslingen don’t behave like heavily romanticized female fantasies of male lovers. They behave like men.

As for Astreiant fans, some may be disappointed at not seeing the initiation of the leads’ physical relationship, but most will enjoy Point of Knives. Despite the passage of years and the loss of her collaborator, Scott has done a wonderful job of expanding the series. Her strong prose provides a smooth transition between Volumes 1 and 2 (the sentence structure is slightly more fluid in the new Volume 1.5, but I doubt many readers will notice).  She sharply limns her leads’ thoughts, motives, and personalities on her satisfactorily twisty way to wrapping up both the mystery plot and this stage of Eslingen’s and Rathe’s relationship. And, while the guilty party/ies may turn out to be somewhat less of a surprise than the identity of the mass-kidnapper in the preceding volume, Scott’s excellent use of deep, alternating third-person viewpoints, as the very different yet well-balanced team of Rathe and Eslingen pursue their investigation, will make this return to Astreiant a thorough pleasure.

Will a newcomer enjoy Point of Knives? Yes. The plot is self-contained and the book stands on its own. However, if you’re a newcomer, I recommend that you read all three volumes, and in the order of internal chronology. Doing so will deepen your understanding and appreciation of Rathe, Eslingen, their growing relationship, and their complex city. That can only increase your satisfaction. But be warned. You’ll end up as eager as the rest of us for the release of the new Astreiant novel, Scott’s Fair’s Point, which won’t appear ’til next year. 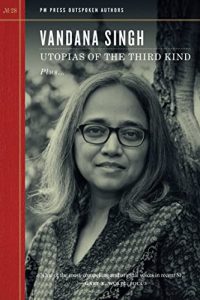 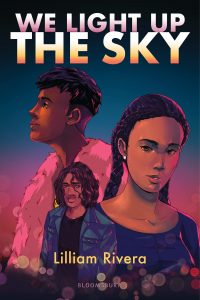