That’s the current plan. We split the centuries to avoid pitting relatively recent works against more established works, just as the 1998 polls were limited to works published before 1990. (And, incidentally, it will be interesting to see how our 21st century poll compares to the Tor.com poll last year, which covered 11 years 2000-2010.)

The 20th century categories will allow 10 votes per category, rather than the usual 5. Points will be awarded in a sliding scale analogous to the traditional “Carr” system for ranking five items in a category (worth 8 points down to 4 points); in 10 item categories, 1st place will be worth 18 points, 10th place 9 points, so that a 1st place vote is still worth twice as much as a 10th place vote, and not 10 times as much.

As always with Locus polls, the ballots will be seeded with candidate options, partly to remind voters of works they might otherwise not consider, and partly to make the tallying easier to the extent that those options are used. But write-ins will certainly be allowed, as always. This is one reason we’re announcing the polls in advance: if you don’t want to be influenced by the candidate options, put on your thinking caps *now*, and start planning what to vote for. You will have lots of choices: again, you will be able to vote for 5 items in each of the 5 21st century categories, and 10 items in each of the 20th century categories, a total of 75.

These plans aren’t set in stone, so suggestions for how the polling might be done differently or better will be considered. But we’re working to have these online by November 1st, with a target for postings results by mid-December.

Finally — Karen Burnham has been busy moving house and finishing a book; she should be resuming normal Roundtable operations (perhaps even with some discussion of all-time polling!) soon.

UPDATE 27 Oct: In response to Roundtable feedback, these polls will *not* ‘seed’ the ballot with suggestions or dropdowns of any kind. Instead, the ballot will have 75 empty slots for you to fill in. We will however provide what are best called ‘reference lists’, or memory-jogger lists, of notable novels and stories that are eligible in the various categories. These will be in no way based on Locus recommended reading lists or any other vetting by Locus editors; they will be compiled as-objectively-as-possible from lists of award winners and nominees, from reference books of notable novels, from indexes of stories most frequently reprinted, and so on. There’s actually an advantage to posting these lists separately, rather than ‘seeding’ them on the ballot in any way; they can be much longer, and therefore more comprehensive (e.g. 1000 suggestions for 20th century novels). More details when these lists are posted.

Other issues: There will be no subscriber vs. non-subscriber weighting. (We might ask about subscriber status just to do some post-survey analysis.) For this poll, we want votes for individual novels, or rarely single works that span multiple volumes (like The Lord of the Rings), but not ‘series’ votes. We may do a separate poll later for series, as well as for collections, anthologies, favorite writer per se, and on and on (what other categories would anyone suggest?), depending on how this set of polls goes. As a site, rather than a magazine, we can set up, execute, and tally results of such polls relatively quickly, compared to the print magazine and poll ballots sent in by mail. And we might well do so a couple times a year, if we can think of enough interesting categories or topics to support such polls… 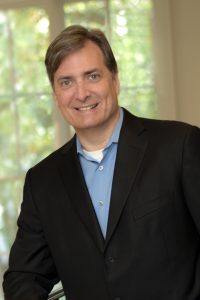