John Michael Scalzi II was born May 10, 1969, and grew up in Southern California, going to school in Claremont. He graduated from the Webb School in 1987 and attended the University of Chicago, where he became editor-in-chief of the Chicago Maroon and graduated with a philosophy degree in 1991. He moved back to California, where he became the film critic and later a columnist for the Fresno Bee. In 1996 he relocated to Washington DC to work for AOL as an in-house editor. In 1998 he became a full-time freelance writer, doing work for corporate clients in addition to reviewing and writing fiction. Scalzi is also a prominent blogger, with a popular personal site, Whatever.

Scalzi’s first SF novel was Agent to the Stars, posted on his website as ‘‘shareware’’ in 1999 (and published in print in 2005). Second novel Old Man’s War appeared on his website in 2002, where it was read by editor Patrick Nielsen Hayden, who subsequently purchased it for Tor. The novel appeared in print in 2005 and was a Hugo Award finalist. Other novels set in the same universe include The Ghost Brigades (2006), The Lost Colony (2007), Hugo and Nebula Award finalist Zoe’s Tale (2008), and the forthcoming The Human Division, plus assorted stories and chapbooks.

Scalzi edited an issue of Subterranean magazine dedicated to ‘‘science fiction clichés’’ in 2006 and Hugo-nominated shared-world anthology METAtropolis in 2008. His non-fiction includes The Rough Guide to Money Online (2000), The Rough Guide to the Universe (2003), The Rough Guide to Sci-Fi Movies (2005), and 24 Frames Into the Future: Scalzi on Science Fiction Film (2012). He also wrote the humorous Book of the Dumb series, beginning in 2003. Some of his blog posts have been compiled in You’re Not Fooling Anyone When You Take Your Laptop to a Coffee Shop; Scalzi on Writing (2007) and Hugo Award winner Your Hate Mail Will Be Graded: Selected Writing, 1998-2008 (2008).

Scalzi was nominated for the Best Fan Writer Hugo Awards in 2007 and 2008, winning the latter. He also won the Campbell Award for Best New Writer in 2006. Scalzi was elected president of SFWA in 2010 and re-elected in 2012. He lives in Bradford OH with his wife, Kristine Blauser Scalzi (married 1995), and their daughter Athena.

‘‘I’ll be blunt about it: humor is one of the great taboos of science fiction. It’s not just an issue of being able to write it well. When I first started writing, I was told, ‘You can’t sell a humorous science fiction novel.’ I honestly feel that, just like Star Wars destroyed a certain type of SF movie (afterward, everything had to be like it, or it wouldn’t sell), Hitchhiker’s Guide to the Galaxy was an extinction-level event for humor in science fiction.

‘‘It was incredibly funny, the perfect book at the perfect time, and no one else could do it. Douglas Adams was doing British farce; a lot of people tried to write the same kind of book and failed, because it’s a very particular type of humor that’s very hard to do. People think humor is easy because it’s easy to laugh, just as they often think writing is easy because everyone writes in sentences. You wrote an e-mail, so how hard can a novel be? ‘I can tell a joke, so I can write humor.’ In fact, humor is very difficult.

‘‘That taboo on humor definitely affected me. From Old Man’s War all the way to Fuzzy Nation, I had to keep that taboo in mind before I could do a book that was overtly funny. Redshirts is a funny book that’s meant to be funny. Where Old Man’s War was a serious situation into which people with a sense of humor were injected, Redshirts is a ridiculous situation into which normal humans are injected and then have to deal with.”

‘‘I do think we are at a point where humor is no longer taboo in science fiction and fantasy. One of the things I’m very pleased about is that my ridiculous April Fool’s story ‘Shadow War of the Night Dragons, Book One: The Dead City: Prologue’ actually got nominated for a Hugo for best short story. In one sense, it’s completely ridiculous because it’s meant to be a parody of a particular sort of fiction. But on the other hand, deliberately bad writing still has to be good enough in its construction that you will read it all the way through, going, ‘This is terrible. I can’t wait for the next paragraph!’ In the rhetoric of comedy, it’s not chopped liver. And in some ways, it’s the canary in the coal mine for Redshirts. If people are willing to put this silly thing on the Hugo ballot, then I think the time is right, not just for Redshirts, but for the whole idea that humor in science fiction will not necessarily put a book on the blacklist in terms of publishers or critics.”

‘‘Redshirts deals with reality on several different levels, and if you want to think about the layers, you are going to have a lot of things to consider. But it is meant to be funny, meant to be entertaining, and if all you want to do is have a fun experience, you can do that. The first thing I’m saying is, ‘I’m going to tell you a story, I’m going to make you enjoy it. That’s why you put your money into my pocket.’

‘‘There’s been a lot of satire (mostly short satire) about the concept of ‘redshirts’ – the unnamed, low-ranking characters on Star Trek who always died on away missions – but when I looked to see if anyone had addressed it in novel form, the answer was ‘no.’ Some people might think it seems sort of obvious, but I’m perfectly happy to do the obvious. You know there are going to be redshirts. You know they’ll go down with the captain to investigate this weird thing going on, and somebody won’t come back. But what you don’t necessarily expect is that they’re genuinely human people trying not to die. And that makes a difference. Even the fact that it’s completely obvious doesn’t mean that you can’t tell a great story, that you can’t still surprise people or deliver something that actually resonates with people. I often see the opportunity to do the thing that people expect, but also to do things with it that they don’t expect.”

‘‘The role of my blog, Whatever, has changed over the last five years. Five years ago I was still very much coming into my own as a person in the SF community, and the blog wasn’t particularly well integrated into any of that. It started in 1998 because I wanted a place to write and talk about the things I wanted to talk about. I was a newspaper and online columnist before I went freelance full-time, and I wanted to keep that practice of writing in a column-like way on the blog, just in case somebody wanted to give me another column-writing job! As of 2005-2006, it was still pretty much like that. I was talking about writing and about other things, but there wasn’t the integration of community (the community of writers), because I was still relatively unknown.

‘‘It wasn’t until Old Man’s War that things began to change for me. I think one of the things that’s changed in the blog is that Whatever has become much more of a node in the science fiction and fantasy web universes, one of the stops where people go online. They go to I09.com, they go to Tor.com, they go to Locus Online, they go to Whatever, so it’s part of the circuit for people who are interested in that sort of thing.” 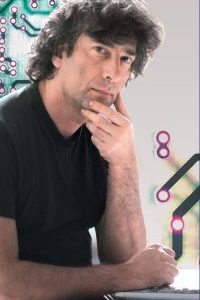 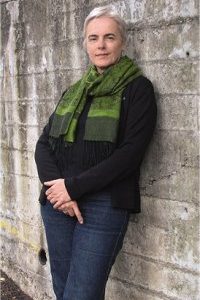 One thought on “John Scalzi: Redshirts”