Deadlocked by Charlaine Harris made its debut at number one on the hardcover list this month, with The Lost Fleet: Beyond the Frontier: Invincible by Jack Campbell also debuting, in second place. The new runner-up was 2312 by Kim Stanley Robinson (Orbit US) with 52 titles nominated, same as last month.

George R.R. Martin continued his domination over the paperback list this month, with A Game of Thrones and A Storm of Swords taking first and second, respectively. The new runner-up was The Lost Fleet: Beyond the Frontier: Dreadnaught by Jack Campbell (Ace) with 51 titles nominated, up a bit from last month’s 46.

Reamde by Neal Stephenson took first place on the trade paperback list this month by a large margin. The new runner-up was Black Opera by Mary Gentle (Night Shade), out of 38 titles nominated, same as last month.

Star Wars: Scourge by Jeff Grubb was first on the media-related titles this month and there was no new runner-up. There were 15 titles nominated, up from last month’s 14.

Warhammer 40,000: Void Stalker by Aaron Dembski-Bowden remained at number one in the gaming-related titles, and there was no new runner-up. There were 16 titles nominated, down quite a bit from the 25 we saw last month. 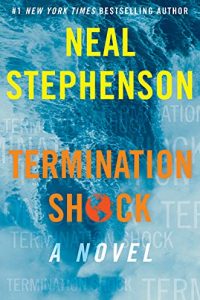 Horror is the unloved hound of literature. It’s hard to find it in bookstores, beyond the names that have been representing the form since the seventies and eighties: King, Rice, Koontz, and Barker. Forget about specifically designated shelves; those days are gone. It’s got a bad reputation. Some of that’s due to the lingering effects of the paperback horror boom of the eighties, which nearly choked the market to death,