If one were handing out an award for the most variegated, high-quality oeuvre in the field of fantastika, the name of Philip José Farmer would surely figure among the finalists. The long-lived (1918-2009) and prolific Grand Master turned his hand to nearly every kind of imaginative fiction during his career, not excluding contemporary/naturalistic fiction (Fire and Night, 1962) and mystery/noir fiction (Nothing Burns in Hell, 1998). And often he introduced ground-breaking concepts and approaches, opening new fields of wonder in which other writers could play. If one contemplates the list of SFWA Grand Masters who also worked across a similar very broad spectrum, the names of Silverberg, Ellison, Aldiss, Le Guin and Moorcock also stand out, but they do not eclipse Farmer.

One thing Farmer loved was pastiche, homages to the writers who had inspired him. One of those seminal pulp giants was Edgar Rice Burroughs, creator of Tarzan and John Carter of Mars. PJF performed many a pas de deux with ERB, ceaselessly recalibrating what the older author stood for, sometimes traditionally, sometimes revisionistically. Now Subterranean Press brings us three of Farmer’s more reverent, play-it-straight tribute novels, set in the distant past of the Tarzan-verse. And one of these is a posthumous collaboration with Christopher Paul Carey, a devoted scholar of Farmer who had a chance to discuss the third Opar book with PJF back in the day, and then was tapped to pick up the uncompleted manuscript and run with it.

But first comes Hadon of Ancient Opar, published as a DAW Books original back in 1974, when Farmer was at his best. Here he creates a pastiches that surpasses the clunkiness of the original model—because of course Farmer was an infinitely better writer than ERB—thus invoking [Ishmael] Reed’s Law: “When the parody is better than the original a mutation occurs which renders the original obsolete.”

Our venue is the dim mists of prehistory, when the city of Opar—well-known to Tarzan—was at its height. But Opar is merely one urban enclave in a rich matrix of cities and cultures, all centered around a nowadays-vanished inland sea. Our hero is Hadon, who by heroic physical trials has ascended to become groom to the reigning queen, Awineth. There’s only one trouble: the current king, Minruth, doesn’t want to give up his job. Shades of The Golden Bough! So Hadon is dispatched on a deadly, make-work mission to find some mysterious wanderers reported on by another expedition, strange folks the King would ostensibly like to examine. Accompanied by fifty companions, Hadon sets out on his long journey into exotic lands and weird perils. After nearly two years he returns, chaperoning Lalila, the woman he now loves, to find even worse disasters, personal and civic, awaiting. In the best pulp tradition, the book ends on a tantalizing cliffhanger.

Farmer exhibits a certain narrative skill here and throughout his oeuvre which I don’t believe I have seen mentioned often by critics, yet it is instinctively appreciated by readers. In fact, I doubt there is even a one-word shorthand for this skill, unless we adapt “stagecraft” to our purposes. This knack adds immensely to the story-telling verisimilitude and reader involvement, but it is not the common pure capability of plotting. Rather, it is the ability to delineate action in the most clarified, visual manner possible, varying one’s prose across similar moments throughout the narrative in a way so as not to bore the reader, while also providing a plethora of satisfying practical details: what is eaten, worn, carried; how characters move about; where characters stand in relation to each other; etc., etc. Maybe we should call this talent something like “substantive experiential transcription.” Whatever it is, Farmer always excelled at it.

The secret allure of Farmer’s tale is that it’s really SF masquerading as fantasy, offering the best of both genres. The thickness of the cultural invention recalls a Jack Vance or Le Guin tale. While gods and religions play a dominant part in the tale, overt supernaturalism is minimal. And Farmer explores the relation of this ancient past to our present in the manner of an archaeologist. Additionally, the figure of immortal, time-traveling Sahhindar adds a stefnal riff.

Readers had to wait two years for Flight to Opar, which picks up precisely where the cliffhanger left us, in as fine a style. Hadon and crew are now rebels and outlaws, harried up and down the countryside. Hadon’s indomitable prowess and superhuman exertions pile higher and higher, in bold fashion. Engaging new characters emerge, as well as heretofore unvisited venues. By the end, Hadon is a father twice over. Appearing on the final page, his daughter by Lalila, La, who still rules in Tarzan’s distant era, ties us back to ERB’s mythos.

Missing from the second book is Hadon’s gigantic cousin Kwasin, a man-mountain of unrestrained appetites and passions and ambitions. We do learn that the fellow has set himself up as the king of a city, but he never appears onstage. But The Song of Kwasin, our third entry, tells all.

The tale picks up immediately at the point where Kwasin separated from Hadon after their escape from the King’s prison. Kwasin makes his way to the city of Dythbeth, where his prowess and valor earn him a kingship. Dythbeth becomes the last holdout against Minruth’s treachery.

Not knowing how much of this tale is Farmer’s work and how much is Carey’s, it’s still possible to say that the novel possesses an organic, unified feel, and a high level of storytelling craft. The legacy of the Khokarsa cycle is continued in honorable and entertaining fashion. That said, the voice of the tale is a bit different. Farmer possessed a kind of grandiloquent trickster fabulosity, an over-the-top show-stopping panache that Carey doesn’t exactly replicate. And the fact that Kwasin is less three-dimensional than Hadon limits the resonance of his adventures (though he does show some signs of change and maturity, expecially after a disturbing encounter with an oracle and all his privations). But despite the fact that the bulk of this tale is interstitial and does not really advance the saga beyond Flight to Opar, we do see a lot of exciting material previously hidden, including the ultimate fates of Minruth and Awineth, followed by a coda involving Hadon.

So readers who miss Farmer’s distinct voice and worldview can safely rejoice in this posthumous addition to his worldbuilding canon. 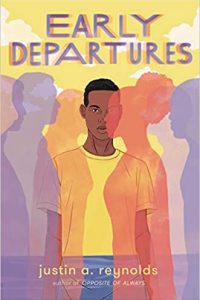