Young adult paranormal romance novel – the author’s first YA novel – about a 16-year-old girl sent to a boarding school where nearly everyone is a witch.
• The publisher’s site has this description with an excerpt.
• The Publishers Weekly review concludes, “Combining spectacular magic with a complex plot and believable (if somewhat stereotypical) characters, this tale should please the legions of paranormal fans looking for a sophisticated supernatural thriller.”

Nonfiction collection of quotations by Harlan Ellison.
• This publisher’s page notes that “No, of COURSE it’s not ‘useless’: that’s just Harlan being Harlan.”
• This is a small book — roughly 5 inches by 4 inches — with one quote per page. There’s also an extensive “chronology of books by Harlan Ellison, 1958-2011”.
• The dedication by Ellison is on occasion of his 77th birthday, 27 May 2011. Arnie Fenner provides an introduction.
• Note that Amazon and B&N list the title as “The Worthless Wit & Wisdom…” though the published book uses the word “Useless”.

Fantasy novel, expanded from the author’s 2009 novella “In Between”, about a Chinese-American artist, Ewen, who has the ability to travel between the worlds of life and death.
• Prime Books’ site has this description with an excerpt.
• The author debuted notably in 1983 with Tea with the Black Dragon (which won a Locus Award) and published another dozen novels through 1993; this is her first novel in some time.
• The Publishers Weekly review concludes “Ewen’s (and MacAvoy’s) refusal to explore the origins of his powers takes the tone of the book further from most Western speculative fiction and toward magical realism or mysticism, which will delight some readers and irritate others.”
• Gary K. Wolfe reviewed the book in the November issue of Locus Magazine, concluding “if it doesn’t quite seem as shapely as MacAvoy’s earlier work, it’s good to have her back.”

SF novel, the author’s first novel, about a reality TV show host who concocts a show about a mission to Mars.
• Prime Books’ site has this description.
• Library Journal gave it a starred review: “Powerful storytelling, a minimalist prose style that does not diminish the three-dimensional characters, and a keen ear for dialog add to this novel’s many pleasures.”

SF novel about a future Texan whose contact with an alien relic leaves him comatose for two centuries, after which he awakes to a transformed Earth.
• The publisher’s site has this description with numerous blurbs and review quotes, and a PDF excerpt.
• Amazon’s “Look Inside” function also provides an excerpt.
• The Publishers Weekly review concludes, “Wright is at his best when he abandons his trite characters and cardboard terrestrial setting to contemplate the Stapledonian implications of a government able to function across the vast expanses of space and time, appealing to readers interested in glimpses of the unfathomable immensities of our universe.”
• Paul Di Filippo just reviewed the book for Barnes & Noble: “Count to a Trillion is both a love letter and a call to arms. If you really believe the future is a voyage without end, consider this book the start to the countdown.”

Note: since August 2011, Monitor listings are based on publisher schedules and availability on Amazon, rather than on confirmation of physical publication (i.e. via purchase, review copies, or sightings in bookstores). As before, titles are listed only once they are published; we do not list galleys or advance reading copies. 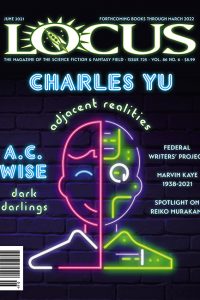 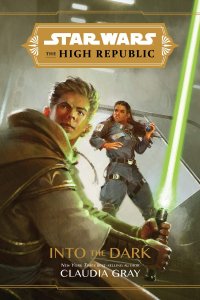 Jonathan Strahan and Gary Wolfe aren’t going to let a small thing like ICFA stand in the way of their Coode St. podcasting! So last night Gary rounded up a few people to join them this week: myself (Karen Burnham), Locus Editor-in-Chief Liza Trombi, and award-winning author Jeff Ford. We sat down with a microphone and a bottle of wine and talked about Locus magazine, ICFA and why we love