With three outstanding novels and plenty of stories on his résumé, Daryl Gregory has found ways to explore the human mind and spirit – for good, bad, or any of the strange places between such absolutes – that seem very much his own in his first collection, Unpossible and Other Stories. What’s he doing? If you’re new to his work, a quick but comprehensive survey of Unpossible should catch your interest.

‘‘Second Person, Present Tense’’ shows the sass and dissociation of the teenage mind in the form of a girl whose younger self (obedient, and devoted to her teddy bear) vanished when she OD’d on a dangerous new drug. Brought back to life, Therese is now Terry, a very different type.

In the powerful title work ‘‘Unpossible’’, a much longer and even more drastic change – adulthood – has consigned the hero’s old life and selves to the miscellaneous rubble of an attic. He finds the rusty vehicle that was once his Wonder Bike, transfers the important bits to his car, and goes exploring all over again in a surreal journey that begins, ‘‘He doesn’t know what it is in the distance, but he recognizes the shape for what it is: familiar, unknown.’’ Eventually he must confront that crucial question, whether he should have come back.

‘‘Damascus’’ turns the visions of one modern woman’s seizures (officially dubbed temporal lobe epilepsy) into a new religion, whose disturbing mix of mad ideas and genuine ethics can make us question all religions. Amid the specific, familiar details of ordinary life at which Gregory excels, he shows the things that faith can make us do as it sets its sights on the world.

When not engaged in prose, Gregory writes programming code and comics, and he’s thoroughly at home in the realms of superheroes and villains, whether they clash on the page or in a videogame. Along with its deadly giant robots, dark lord in his black castle, and amphibian hybrids, ‘‘The Illustrated Biography of Lord Grimm’’ brings in aspects of our own world: the hybrids are Latvian, the beleaguered civilians as human as they’re vulnerable, caught up in a war not of their own making.

Later in the book, this approach is equally effective in ‘‘Message From the Bubblegum Factory’’, where tropes from a cartoonish world invade this one, much to the narrator’s disapproval. The maker is around – though dying – in ‘‘Gardening at Night’’, as sentient metallic ‘‘mytes’’ go after landmines. Great matters (software, a virulent new form of TB, biblical references to creation and temptation) haunt regular lives that have been disturbed but not wholly changed.

Here and in the three brief ‘‘Petit Mal’’ stories ‘‘Glass’’, ‘‘Digital’’ and ‘‘Persistence’’ (numbers two and three original to this volume), illness distorts perception. A prison’s experimental treatment of some inmates in ‘‘Glass’’ turns up psychopaths where no one thought to find them, or they to find themselves; deft humor prevails in ‘‘Digital’’, as a man’s seat of consciousness migrates to the index finger of his left hand; and a tumor gives a father a haunting, inescapable awareness of what his daughter used to be in ‘‘Persistence’’.

Another kind of mental illness – the ways a genius may seem to leave real life behind while engaged in calculations – extends into much longer fugue states in the girl (then woman) of ‘‘Dead Horse Pass’’, calling for a brother’s loyal care and finally a visit from an old college roommate with an even more troubling mixture of feelings.

Gregory’s Story Notes in the last pages show both pride and frustration with his first story sale, after a stint at Clarion, ‘‘In the Wheels’’ (1990). His skills are already evident in this futuristic tale of two teenage friends making clandestine visits to a forbidden, irradiated city where earlier visitors have elevated racing magically souped-up old cars along abandoned highways into something like a religion (viz. ‘‘Damascus’’). Scene and characters are fully realized, the framing biblical quotes from ‘‘Ezekiel’’ both wry and strange.

He follows that with one further work that’s a much more recent take on the dangerous exploits of two youngsters, the daredevil and the follower. In ‘‘The Continuing Adventures of Rocket Boy’’ (2004), years after dreams of being superheroes slammed up against real life and found disaster, one battered survivor pays wry tribute to that shared obsession ‘‘with spaceships and things that go bang,’’ so natural to rural Midwestern boys (Gregory uses saltier language for the place). There may be nothing absolutely SFnal or fantastic here, but that spirit seems pervasive, and reveals its contradictory effects on humankind.

Unpossible and Other Stories 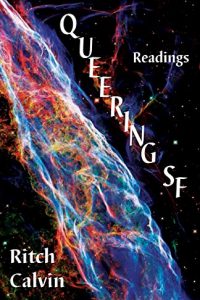 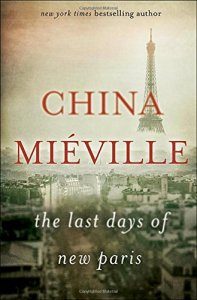