October 2011—
Issue 79, 80
• Issue 80 has Rose Lemberg’s Held Close in Syllables of Light and Dean Wells’ To the Gods of Time and Engines, a Gift, plus a podcast of Kristina C. Mottla’s The Magick.
• Anniversary Issue 79 had twice the usual number of stories: ;The Tiger’s Turn by Richard Parks, The Calendar of Saints by Kat Howard, A Spoonful of Salt by Nicole M. Taylor, and The Judge’s Right Hand by J.S. Bangs.
• The audio fiction podcast is of Garth Upshaw’s Butterfly.

October 2011—
• The most recent stories posted on this site are by John M Shade, Henry Szabranski, Jamie Lee Moyer, Alex Shvartsman, Will McIntosh, and S.A. Rudeck.
• Stories are distributed by email on weekdays, and posted the site one week later. The news page has press releases listing each month’s complete stories.
• Planned for November are stories by Christopher Kastensmidt, Eric James Stone, Ken Liu, Jay Caselberg, and others.

October 2011—
Issue 55, cover art by Bram Leech
• Recent fiction posts are Absolute Zero by Nadia Bulkin, Unnatural Disaster by Kristine Kathryn Rusch, and The Invisibles by Charles de Lint.
• Nonfiction is by Genevieve Valentine, plus an interview with Kristine Kathryn Rusch by Wendy N. Wagner.
• October 3rd: Posted so far this month is a story by Tim Pratt, The Secret Beach, an interview with Richard K. Morgan, and spotlights of Pratt and cover article Bram Leech.

October 2011—
Issue 17, cover art by Francoise Beuzelin & Falk Haensel
• Posted in recent weeks are stories by Justina Robson, The Little Bear, David Farland, Against Eternity, and Cassandra Clare, Some Fortunate Future Day.
• Recent nonfiction is by Pamela L. Gay and Jeff Hecht, plus an interview with Beth Revis by Gwenda Bond.
• October 3rd: Posts so far this month include fiction by Adam-Troy Castro, Her Husband’s Hands, and nonfiction by Lauren Davis, The Care and Feeding of Your Disembodied Lungs.There are also spotlights on Castro and the cover artists.

Summer 2011—
Issue 85, Vol. 23 No. 2, C$6.95, 140pp, cover art by Dan O’Driscoll
• Fiction in this issue is by Steve Stanton, Ryan M. Williams, Allan Weiss, Michael R. Fletcher, Priya Sharma, Chadwick Ginther, and Geoffrey W. Cole. There also poetry by A.E. Weber and Eryn Hiscock.
• Nonfiction includes an editorial by Diane Walton, a guest editorial by Hiromi Goto, interviews with Steve Stanton and Dan O’Driscoll, and a tribute by Joanna Russ by Candas Jane Dorsey.
• The magazine’s website is not yet updated for this issue.

mid-October 2011—
• The lead review, by Michael M Jones, of is Robert J. Sawyer’s WWW: Wonder.
• Other reviews include Dominic Cilli on George R.R. Martin, Seamus Sweeney on Stephen Dedman, and Jason Erik Lundberg on Darin Bradley.
• There are columns on new arrivals by Neil Walsh and graphic novels by Rick Klaw and Mark London Williams, plus audiobook and magazine reviews.

October 2011—
• Original stories posted this month are Grace Immaculate by Gregory Benford, and The Last Mortician by Tim Hall and Dean Haspiel.
• The site’s Stories archive page also lists reprints by Michael Swanwick and James Morrow, and excerpts by Karen Traviss, Cory Doctorow, and others. 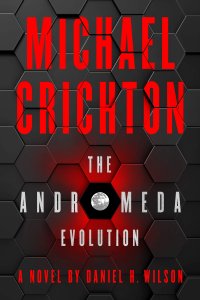