David D. Levine was born in Minneapolis MN and grew up in Milwaukee WI, where his family moved when he was six. He went to Washington University in St. Louis MO, earning a bachelor’s in architecture. Unable to find work in that field, he moved to Portland OR and became a technical writer, eventually working for Intel, where he became a software engineer and user interface designer. He worked in high tech from 1983 to 2007, when he retired and became a full-time writer.

Levine has been active in fandom since the 1980s, working as staff or on committees for various conventions. Since 1989, he has co-edited the roughly annual fanzine Bento with his wife Kate Yule. His first SF publication was fannish alternate history ‘‘The Worldcon That Wasn’t’’ (1996), in anthology Again, Alternate Worldcons.

He attended Clarion West in 2000, and his short fiction career began in earnest with ‘‘Wind from a Dying Star’’ in Bones of the World (2001), followed by over 40 stories in magazines and anthologies, notably James White Award winner ‘‘Nucleon’’ (2001); Hugo and Sturgeon Memorial Award finalist ‘‘The Tale of the Golden Eagle’’ (2003); Hugo Award winner ‘‘Tk’tk’tk’’ (2005); and Nebula finalist ‘‘Titanium Mike Saves the Day’’ (2007). Many of his stories were gathered in Endeavour Award-winning anthology Space Magic (2008). In January 2010 he spent two weeks at the Mars Desert Research Station, a simulated Mars base in the Utah desert. He wrote up his experiences in self-published book The Mars Diaries (2010).

Levine was a finalist for the John W. Campbell Memorial Award for Best New Writer in both 2003 and 2004. He and Yule live in Portland OR.

“I had the good fortune to work for Intel for 15 years during the Dotcom Boom, and I cashed in the stock options right before the tech collapse. I always said I wouldn’t quit my day job to write full-time until I knew that I could make it even without the writing income. Usually, the advice is that you shouldn’t quit your day job until you have enough residuals to cover your expenses, but in this case my ‘residuals’ are other investments.

‘‘To survive as a writer, you need a patron: somebody who loves your work and is willing to give you anything you want without strings attached. My patron was my own previous self, this guy who made a lot of money in high tech and gave it all to me! I’m not writing as a career. You can’t make a career off of short stories – though I certainly hope to be able to sell novels, and make a lot more money than I can on short stories.”

‘‘When I start writing a story, I explore the space around the story, find the voice, and find the structure. Stories tend to follow tropes, to fall into cliché, and this happens because there are structures that work. They come out of our culture, and out of the biology of our brains. There are things that readers understand, that readers expect, and I play with those expectations very carefully. You have to defy them to at least some degree, or it’s, ‘I’ve read that a thousand times before.’ Yet if you play with readers’ expectations too much, they start to become confused. They say, ‘I don’t know what the hell is happening here,’ and they lose interest. So you have to stay fairly close to the established track – you want to strike off it, but not too far.

‘‘Both the publishers and the readers like writers who can do one thing really well, and who have a consistent product. Even in science fiction, people follow a universe: they want to read another Known Space story, another Heinlein’s Future History story, another Hammer’s Slammers. So my ADHD (I suppose you might call it), my wanting to write all kinds of different stories, has not particularly helped my career. But it’s who I am, and it’s what I like to do. I called my collection Space Magic because I wanted to emphasize that I don’t just do SF or fantasy, and the stories were specifically selected to show the breadth of my interests. I have maybe one-third fantasy ideas to two-thirds science fiction.”

“The Mars Society is an international non-profit which is dedicated to generating excitement about the idea of sending people to Mars. A year or two ago, I read an article about their simulated Mars bases. In my blog, I put a list of space-related things I’d love to be able to do – #1 was a trip to the International Space Station, and #2 was going to one of these simulated Mars bases for a couple of weeks. An old roommate from college saw this post and said, ‘Hey, I know some people from the Mars Society. I could put you in touch.’

‘‘I sent in my application on December 23, 2009. On December 24, I heard back from the director of operations of the Mars Society, saying, ‘Somebody had to drop out. Can you make it in two weeks?’ So, on two weeks’ notice, I went off to the Utah desert for two weeks of living in a simulated Mars habitat with people I had never met, and we pretended we were on Mars. You can read all about it on my blog at <www.spiritone.com/~dlevine/mars>. I also have a book called The Mars Diaries, a collection of the crew’s blogs which I self-published for a very small audience. (I’ve sold 40 or 50 copies, a reasonable number – worth the effort.)

“I have this concept I talk about a lot that I call ‘protagonism’: the quality that a protagonist in a book has that the other characters do not have. The protagonist makes thing happen that, if they didn’t happen, there would be no book. And when you are isolated a long way from home with a small number of other people, you learn that if you don’t fix the sink, nobody else is going to, and if you don’t stop that thing from blowing away there’s nobody else in the position to do it. You become self-reliant. You learn to take action – do all the things that make you the protagonist of your own story.”

Read the complete interview, and biographical profile, in the May 2011 issue of Locus Magazine. 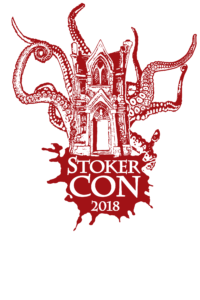 One thought on “David D. Levine: Life on Mars”