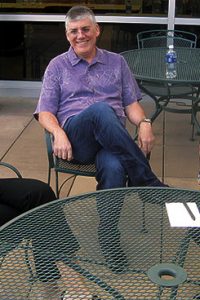 The Guardian‘s Best Science Fiction and Fantasy Books of 2020