Imagine this: you pick up the phone and call Vito’s, the excellent pizza joint down the road where your family’s gotten its favorite pepperoni and mushroom every Friday night for years. The phone rings once, twice, then:

‘‘AT&T: The number you have called is not engaged, but the recipient has not paid for premium service. Please hold for 30 seconds, or press ‘one’ to be connected to Domino’s immediately.’’

This is not an analogy to the Net Neutrality fight. This is an analogy to the ‘‘compromise’’ most governments and regulators (including the US Federal Communications Commission) are planning for the Internet. In their view, Internet Service Providers should be allowed to ‘‘manage’’ and ‘‘traffic shape’’ their networks to slow down packets from the sites you’re connecting to, provided they disclose that they are doing it. In the view of the world’s regulators, this is the best we can hope for from our telcoms policy in the 21st century.

The carriers, of course, hate this. They call it nanny-state regulation. In their view, telcoms companies should be free to retard the packets you request in perfect secrecy, as part of a larger strategy to blackmail web-sites and web-services into paying bribes for the privilege of access to ‘‘their users’’ (that is, you and me).

This is pretty crummy news from the point of view of J Random Internet user, but it’s even worse for writers and other creators.

How do successful writers use copyright? As negotiating leverage. Once you’re a successful, non-commodity writer – that is, a writer whose mere name can sell books and whose work can’t be freely interchanged in the publisher’s catalog or on the bookseller’s shelf with another writer’s work – copyright becomes a moderately useful tool for extracting funds from publishers. Copyright becomes a productive club-with-a-nail-through-it with which to threaten publishers who might consider publishing a well-known writer’s work without her permission. Likewise, copyright is a useful tool for publishers to use in threatening each other, should one publisher take it into his head to copy a competitor’s copyrighted books and sell them. Because of this, a successful writer can even auction her copyrights off between more than one publisher.

But just because copyright can be used for leverage some of the time, by some people, it doesn’t follow that it will always provide leverage: for example, you could give unknown writers hundreds of years’ worth of copyright, and it wouldn’t extract one more penny from any publisher, anywhere in the world. Think of poets: you could give every poet in the world a personal poet’s disemboweling pike of copyright enforcement, and it wouldn’t raise the word-rate for poetry. Copyright is only useful when it provides leverage; the rest of the time, it’s a creator’s vestigial appendix (at best) or a nagging hindrance (at worst).

An open, neutral Internet is one where anyone can start a kick-ass publishing platform merely by coming up with a good idea. Tim Berners-Lee famously invented the Web from his desk at CERN in Geneva as a tool for sharing scientific papers. Merely by distributing web browsers and web servers, TBL was able to invent his revolutionary publishing platform. Notably, he didn’t have to deploy an army of corporate negotiators to book meetings with suits at telcos around the world and work out under what terms every ISP would (or would not) allow the WWW to traverse its lines. Unsurprisingly, Berners-Lee is a staunch advocate of Net Neutrality.

Likewise, the creators of YouTube were able to simply kick-start the biggest, most successful video watching – and distributing – platform the world has ever seen merely by inventing it and shoving it out the door. They built it, we came, and no phone company got a veto over our desire to watch YouTube.

This delirious world of fast, unfettered invention has delivered untold leverage to creators. Publishers – and studios and record labels – used to be the only effective way to reach a large audience, the only way to extract money from them, the only way to distribute creative works to them. As a result, only a few very lucky, very resourceful creators were able to forgo the entertainment giants and strike out on their own. The rest of us had to take whatever they’d offer and like it (at least until we got big enough to make them bid against each other).

In other words: because the Internet had opened up the possibility of a myriad of companies, individuals and co-ops providing distribution, audience and income to artists, the old, established institutions now have to compete with someone other than each other, at least at the bottom of the market. And since most artists spend most of their careers at the bottom of the market, the largest benefit you can deliver to the arts is to create a whole chaotic marketplace of services and platforms clamoring for their works.

But the entertainment giants aren’t all that upset by the idea of having to pay twice to access their audience. For one thing, they can afford it. That’s what the ‘‘giant’’ in ‘‘entertainment giant’’ means. But more importantly, that’s how they’ve always done it. Fanning out a horde of business-development gladhanders to sort out the details of distribution deals with disparate channel operators around the world is second nature for them. There’s a floor of their corporate headquarters devoted to this kind of thing. They’ve got their own annual picnic and everything.

Two-gals-in-a-garage do not have this asset. They have two gals. They have a garage. If Net Neutrality is clobbered the way the telcos hope it will be, the next Web or YouTube won’t come from disruptive inventors in a garage; it will come from the corporate labs at one of the five big media consortia or one of a handful of phone and cable companies. It will be sold as a ‘‘premium’’ service, and it won’t upset anyone’s multi-million-dollar status quo.

More immediately: if the only way to use the Internet to widely and efficiently distribute creative work is to convince a big media company to carry it on its ‘‘premium’’ service, kiss your artistic negotiating leverage goodbye. While artists have been going bonkers over threats to copyright, the media titans and the telcoms ogres have quietly formed a pact that will establish them as permanent gatekeepers to the world’s audiences.

Not because reaching those audiences is difficult or technically challenging, but because they’ve sewn up the market.

And hey, Google must have finally grown up, because they just filed a joint brief with Verizon to the FCC saying non-Neutral networks are OK with them – why not? It’s not as if Google will have trouble paying the danegeld. And the next Google will have to raise the capital to bribe the world’s ISPs before they can even set up shop.

Meanwhile: every telcoms company is as big a corporate welfare bum as you could ask for. Try to imagine what it would cost at market rates to go around to every house in every town in every country and pay for the right to block traffic and dig up roads and erect poles and string wires and pierce every home with cabling. The regulatory fiat that allows these companies to get their networks up and running is worth hundreds of billions, if not trillions, of dollars.

If phone companies want to operate in the ‘‘free market,’’ then let them: the FCC could give them 60 days to get all their rotten copper out of our dirt, or we’ll buy it from them at the going scrappage rates. Then, let’s hold an auction for the right to be the next big telcoms company, on one condition: in exchange for using the public’s rights-of-way, you have to agree to connect us to the people we want to talk to, and vice-versa, as quickly and efficiently as you can.

Here’s something every creator, every free speech advocate, every copyright maximalist and every copyfighter should agree on: allowing the channels to audiences to be cornered by a handful of incumbents is bad news for all of us. It doesn’t matter that the lame-duck, sellout FCC won’t stand up for us. It doesn’t matter that Canada’s CRTC and the UK’s Ofcom are no better, that regulators around the world are as toothless as newborns. This is the big fight for us – the fight over who gets to decide who will be heard and how.

From the January 2011 issue of Locus Magazine 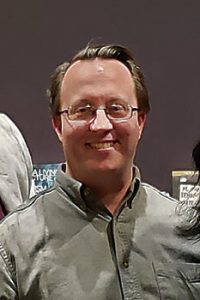 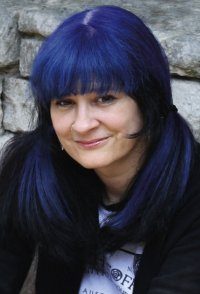 24 thoughts on “Cory Doctorow:Net Neutrality for Writers: It’s All About the Leverage”