I was reading W H Auden’s book of essays The Dyer’s Hand, and came across the following. Wow! I thought, There’s an sf story to be written there!

One can conceive of Heaven having a Telephone Directory, but it would have to be gigantic, for it would include the Proper Name and address of every electon in the universe. But Hell could not have one, for in Hell, as in prison and the army, its inhabitants are identified not by name but by number. They do not have numbers, they are numbers.

Before posting, though, I did a quick Google to check no-one had got there first – and someone had: Robert Silverberg, to be exact, who’d used the exact quotation above as epigraph for his novel The Time Hoppers (1967). Only slightly deflated, I thought that the paragraph half a page above it was equally worthy of mining:

Humanly speaking, to tempt someone means to offer him some inducement to defy his conscience. In that sense, the Evil One cannot be said to tempt us for, to him, conscience is a fiction. Nor can he properly be thought of as trying to make us do anything, for he does not believe in the existence of deeds.  What to us is a temptation to him is an experiment: he is trying to confirm a hypothesis about human behaviour.

Hmm…Satan as a scientist, humanity as test subject. Surely there’s a story there? If not one by James Morrow, then maybe someone like him? And this, from elsewhere in The Dyer’s Hand, seems to be about both Richard Matheson’s I Am Legend and George R Stewart’s Earth Abides:

Occasionally the Public embodies itself in a crowd and so becomes visible – in the crowd, for example, which collects to watch the wrecking gang demolish the old family mansion, fascinated by yet another proof that physical force is the Prince of this world against whom no love of the heart shall prevail.

Any more quotations from non-sf sources waiting to be turned into sf stories? 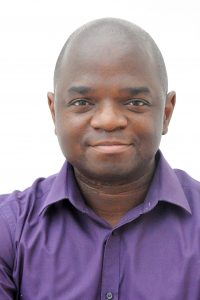