The last two weeks have been a bit of a typhoon. The kids went back to school. Since my husband and I both teach at a local college, we went back, too. There has been running around like poultry sans heads. There have been tears and agita. There were also two last minute road trips, which have thrown what little school routine we have all out of whack.

In short, the past two weeks have kicked my heinie to the moon and back.*
Which got me to thinking: what are some science fiction titles that best capture the giddy back-to-school season, with all of its excitement and dread? Fantasy does a great job of evoking that sense (think Harry Potter, if nothing else) but SF doesn’t seem to be as interested in it. A couple of titles leap to mind, like Ender’s Game and Starship Troopers, but my mental list gets thin after that. Are there schools in space? Heck, are there school-aged children in space?
———————————————-
* This is figurative, not literal. Please don’t comment that there is no possible way that could actually happen. Although, for extra credit, you could figure out how many kicks it would take to get my heinie to the moon, assuming (heh) that my tuchas is of average size and that the kicker can kick an average length. Show your work. 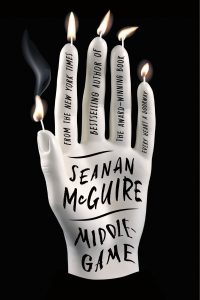 4 thoughts on “back to school in space…?”