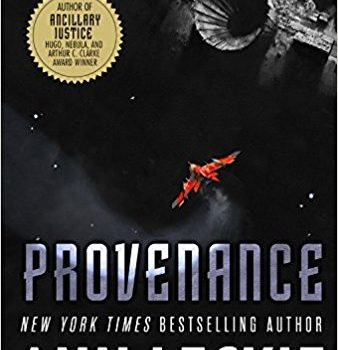 In its first month of publication, Provenance by Ann Leckie rocketed to the top of the hardcover list, followed in second place by Seanan McGuire’s The Brightest Fell, book 11 in the October Daye series. YA novel In Other Lands by Sarah Rees Brennan (Big Mouth House) was the new runner-up; we had 59 nominated titles, up from 53 last month.

George R.R. Martin’s A Game of Thrones held onto the top spot on the paperback list, with a reasonable lead over Stephen King’s The Dark Tower 1: The Gunslinger. The Gate to Futures Past by Julie E. Czerneda (DAW), book two in her Reunification trilogy, was the new runner-up. There were 60 nominated titles, up from 55 last month.

Although she was unable to repeat last month’s hat trick, N.K. Jemisin’s Broken Earth trilogy again claimed the top two positions on the trade paperback list, with The Fifth Season in first, and The Stone Sky in second. There were no new runners-up. We had 62 nominated titles, down from 66 last month. 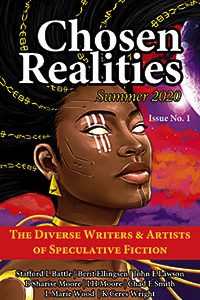 I’m sure I won’t be the only person in these pages remark­ing that 2020 was an unusual year, to say the least. The global pandemic caused mas­sive overnight disruptions but has also lasted long enough to yield something that’s like a new (horrible) “normal.” Given the relatively quick turnaround times for short fiction, it’s not surprising that the crisis that started early in 2020 started showing up in short fiction