The Hydrogen Sonata by Iain M. Banks made its debut at number one on the hardcover list this month, with Pirate Cinema by Cory Doctorow debuting in second place. The new runner-up was Into the Woods, Kim Harrison (Harper Voyager US), with 49 titles nominated, up a bit from the 47 we saw last month.

George R.R. Martin continues to dominate the paperback list with A Feast for Crows taking first place and A Game of Thrones in second place. The runner-up was The Moon Maze Game by Larry Niven & Steven Barnes (Tor) with 46 titles nominated, down from last month’s 54.

Cloud Atlas by David Mitchell took first place on the trade paperback list this month. The runner-up was Little Brother, Cory Doctorow (Tor Teen) with 44 titles nominated, down from the 45 we saw last month.

The Walking Dead: The Road to Woodbury by Robert Kirkman & Jay Bosansinga debuted at first place on the media-related titles this month and the new runner-up was Star Wars: The Next Generation: Cold Equations: The Perisistence of Memory: Book One by David Mack (Pocket). There were 17 titles nominated, up from last month’s ten.

Halo: The Thursday War by Karen Traviss took number one in the gaming-related titles, and Warhammer 40,000: Gaunt’s Ghosts: Salvation’s Reach, Dan Abnett (Black Library US) was the new runner-up. There were 15 titles nominated, up from the 13 we saw last month. 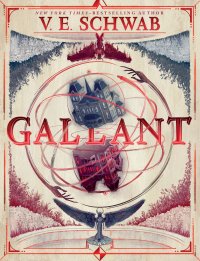 Joan Slonczewski was born August 14, 1956 and raised in Westchester County NY, daughter of a theoretical physicist and a violin teacher. She decided to become a scientist at an early age, and attended Bryn Mawr, graduating with a biology degree in 1977. She finished her PhD in molecular biophysics and biochemistry at Yale in 1982, and did postdoctoral work at the University of Pennsylvania. In 1984 she began teaching