The Hydrogen Sonata by Iain M. Banks made its debut at number one on the hardcover list this month, with Pirate Cinema by Cory Doctorow debuting in second place. The new runner-up was Into the Woods, Kim Harrison (Harper Voyager US), with 49 titles nominated, up a bit from the 47 we saw last month.

George R.R. Martin continues to dominate the paperback list with A Feast for Crows taking first place and A Game of Thrones in second place. The runner-up was The Moon Maze Game by Larry Niven & Steven Barnes (Tor) with 46 titles nominated, down from last month’s 54.

Cloud Atlas by David Mitchell took first place on the trade paperback list this month. The runner-up was Little Brother, Cory Doctorow (Tor Teen) with 44 titles nominated, down from the 45 we saw last month.

The Walking Dead: The Road to Woodbury by Robert Kirkman & Jay Bosansinga debuted at first place on the media-related titles this month and the new runner-up was Star Wars: The Next Generation: Cold Equations: The Perisistence of Memory: Book One by David Mack (Pocket). There were 17 titles nominated, up from last month’s ten.

Halo: The Thursday War by Karen Traviss took number one in the gaming-related titles, and Warhammer 40,000: Gaunt’s Ghosts: Salvation’s Reach, Dan Abnett (Black Library US) was the new runner-up. There were 15 titles nominated, up from the 13 we saw last month.

February 6, 2013 admin Comments Off on New and Notable Books, February 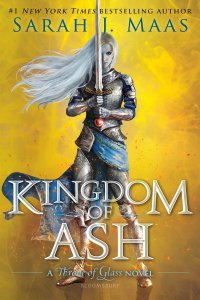 You Gotta Kill the Person You Were Born to Be: Josh Pearce and Arley Sorg Discuss LX 2048 with Bonus Film The Speed of Time

In this installment, Locus will be taking a look at two indie films that found their way into our inbox: full-length LX 2048 and short film The Speed of Time, both available on streaming services, and both offering up a slightly different selection than what we’re used to seeing in theatrical releases. Josh: Let’s cover LX 2048 first. I think when I initially emailed you about it, I said something

Chelsea Louise Polk was born September 28, 1969 in New Westminster, British Columbia. She spent her childhood there and in Surrey BC before moving to Ed­monton at age 13 and then to Calgary at 21. She published a few pieces of short fiction beginning in the early 2000s as Chel­sea Polk. Her most recent story is “St. Valentine, St. Abigail, St. Brigid” at Tor.com (2/5/20). Polk’s debut novel Witchmark (2018)