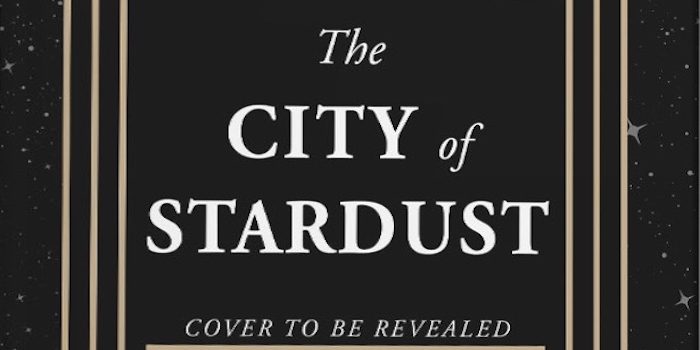 ROBIN MCKINLEY is the 39th recipient of the Damon Knight Me­morial SFWA Grand Master Award. Her award will be presented during the SFWA Nebu­la Conference, to be held May 12–14, 2023 at the Sheraton Park Hotel at the Anaheim Resort in Anaheim, CA.

Tordotcom editor RUOXI CHEN won the $2,500 Superstar prize at Publishers Weekly’s an­nual Star Watch awards gala, held November 15, 2022 in New York to honor “innovative and inspired ‘rising stars’ of the US and Canadi­an publishing communities.” Chen dedicated her win to her family and her “colleagues at HarperCol­lins who are fighting for workers’ rights.”

ULRIKA O’BRIEN won the 2022 Rotsler Award for “long-time wonder-working with graphic art in amateur publications of the science fiction community.” The award was announced at Loscon 48, held November 25-27, 2022 at the Mar­riott Los Angeles Airport Hotel in Los Angeles CA. The award is sponsored by the Southern Califor­nia Institute for Fan Interests and includes an honorarium of $300. Judges were John Hertz, Sue Ma­son, and Suzanne Tompkins.

JAMES PATTERSON signed on to finish an incomplete manu­script by MICHAEL CRICHTON (1942-2008) for Little, Brown via Robert Barnett for Patterson and Shane Salerno for CrichtonSun (the estate’s production company). The novel concerns “a mega-eruption of Hawaii’s Mauna Loa volcano that can destroy not just the island but the entire world.”

ROBERT JACK­SON BENNETT sold The Tainted Cup and a second book in the Shadow of the Leviathan se­ries to Julian Pavia at Del Rey via Cameron McClure of Don­ald Maass Literary Agency.

R.S.A. GARCIA’s fantasy The Unbearable Taste of Fruit and Wine sold to Somto Ihezue at An­droid.

SAMANTHA SHANNON sold A Day of Fallen Night, a stand­alone prequel to The Priory of the Orange Tree, to Bloomsbury.

KATE HEARTFIELD sold new novel The Valkyrie, a revised edition of Armed in Her Fashion titled The Chat­elaine, and his­torical fantasy The Sharp Sisters, all to Jane Johnson at Voyager UK via Jennie Goloboy of Donald Maass Lit­erary Agency.

GLEN HIRSHBERG’s collec­tion Tell Me When I Disappear sold to Kevin Lucia at Cemetery Dance.

KIERSTEN WHITE’s Dracula and Lucy, told from the perspec­tive of Lucy Westenra from Bram Stoker’s Dracula, and a second book sold to Tricia Narwani at Del Rey via Michelle Wolfson of Wolf­son Literary Agency.

AKWAEKE EMEZI sold Son of the Morning, “a Black South­ern Gothic speculative romance,” plus a second book to Erika Tsang at Avon at auction via Jackie Ko of The Wylie Agency.

ANDREW NEIDERMAN, writing as V.C. ANDREWS, sold four books in a new series – Los­ing Spring, Searching for Endless Summer, Autumn Leaves, and First Snow – to Rebecca Strobel at Gallery via Alec Shane of Writers House on behalf of A and E Stu­dios.

PAIGE CRUTCHER sold fan­tasy What Became of Magic and an untitled novel about a witch to Monique Patterson at St. Martin’s via Samantha Fabien of Root Lit­erary.

KATHARINE J. ADAMS sold Tonight, I Burn and two more in a fantasy trilogy to Priyanka Krish­nan at Orbit US and Jenny Hill at Orbit UK in a pre-empt via Ernie Chiara of Fuse Literary. Australian rights went to Jeanmarie Morosin at Hachette Australia in a pre-empt, and New Zealand rights to Kate Stephenson at Moa Press.

MELISSA SANE­HOLTZ sold ghost story A Case of Spirits and a second title to Esi Sogah at Berkley in a pre-empt via Carrie Pestritto of Laura Dail Literary Agency.

MOLLY X. CHANG sold fan­tasy To Gaze Upon Wicked Gods and two more books to Anne Groell at Del Rey in a pre-empt via Kari Sutherland of kt literary.

LUCAS SCHAEFER sold The Slip, a novel “in the vein of Michael Chabon and Jonathan Lethem,” to Tim O’Connell at Si­mon & Schuster in a pre-empt via Christopher Schelling of Selectric Artists.

JASON OFFUTT sold fantasy The Boy from Two Worlds, sequel to Girl in the Corn, to Sue Arroyo at CamCat Books. Helga Schier will edit.

SARENA ULIBAR­RI sold Steel Tree, “a retelling of The Nut­cracker set on the fer­tile moon of Eta,” to Justine Norton-Kertson at Android.

FRANCESCA MARIA’s hor­ror collection They Hide: Short Stories to Tell in the Dark, with illustrations by KEALAN PAT­RICK BURKE, sold to S.D. Vas­sallo at Brigids Gate. Elle Turpitt will edit.

BEN MONROE sold The Seething, with illustrations by ELIZABETH LEGGETT, to S.D. Vassallo at Brigids Gate. MJ Pankey will edit.

KYRA WHITTON sold Nor­wegian fairytale retelling A Bur­den of Ice and Bone to MaryBeth Dalto-McCarthy at Sword and Silk.

Ghanaian author IVANA AKOTOWAA OFORI sold The Year of Return to Somto Ihezue at Android in the US and to Jenn Thomson at Cipher Press in the UK via Bieke Van Aggelen of African Literary Agency.

GISELLE VRIESEN sold fan­tasy novel Why We Play with Fire to Rebekah Borucki at 100 Block by Row House. Tamela Gor­don will edit.

ERIN A. CRAIG sold House of Roots and Ruin in the Sisters of the Salt series to Wendy Loggia at Delacorte Press via Sarah Landis of Sterling Lord Literistic.

JJA HARWOOD sold histori­cal YA fantasy The Thorns Re­main and a second book to Vicky Leech at Voyager via Chloe Seager of Madeleine Milburn Literary Agency.

AMELINDA BÉRUBÉ sold YA fantasy The Ones Who Come Back Hungry to Annie Berger at Sourcebooks Fire via Desiree Wil­son of the Bent Agency.

AUTUMN KRAUSE sold YA folk horror novel Before the Devil Knows You’re Here and a second title to Ashley Hearn at Peachtree Teen at auction via Susan Hawk of Upstart Crow Literary.

HELEN MACDONALD & SIN BLACHÉ sold debut SF novel Prophet to Elisabeth Schmitz at Grove Press in the US and to Jona­than Cape in the UK via the Clegg Agency.

SYLVIE CATHRALL sold debut SF novel A Letter to the Luminous Deep and another title to Priyanka Krishnan at Orbit and Nadia Saward at Orbit UK via Na­tasha Mihell of The Rights Factory.

Debut writer JAMISON SHEA sold I Feed Her to the Beast and the Beast Is Me and another YA speculative suspense novel to Jess Harold at Holt Children’s at auction via Jennifer March Soloway of An­drea Brown Literary Agency.

MEGAN SCOTT sold first YA novel The Temptation of Mag­ic and two more titles to Claire Stetzer at Inkyard Press via Tamara Kawar of ICM/CAA on behalf of Stephanie Thwaites and Isobel Ga­han of Curtis Brown UK. UK rights sold to Natasha Bardon at Magpie Books via Thwaites.

MICKI ZI sold debut YA fan­tasy Of Blood and Lightning to Peter Carlaftes at Three Rooms Press via Travis Pennington of The Knight Agency.

WARREN WAG­NER’s horror novella The Only Safe Place Left Is the Dark sold to Max Booth III at Ghoulish Books.

BRANDON SANDERSON sold print rights to Trees of the Emerald Sea and three other vol­umes from his recent $40 million-plus Kickstarter project to Tor, to be released three months after the “premium edition” is sent to Kick­starter backers. Gollancz will pub­lish in the UK. 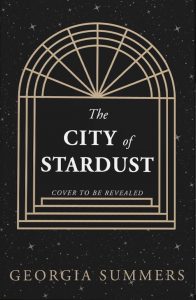 MEGAN KAKIMOTO’s col­lection Every Drop Is a Man’s Nightmare and fantasy Bloodsick resold to Jason Arthur at Granta via Rachel Clements and Sarah Phair of Abner Stein on behalf of Iwalani Kim of Sanford J. Greenburger As­sociates. Bloomsbury is publishing in the US.

DIANA M. PHO has joined Ere­whon as executive editor. She was formerly a Tor editor and a lead creative executive at podcast studio Realm Media.

GABBIE PACHON has been hired as an editorial assistant at Berkley/Ace, working with editors ANNE SOWARDS and JESSICA WADE. 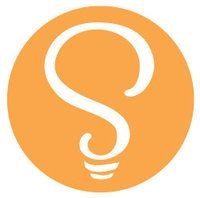 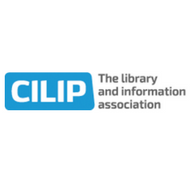