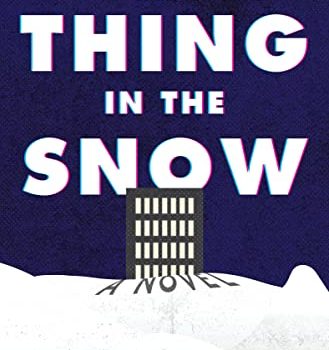 Adams, Sean: The Thing in the Snow

Satirical psychological horror novel about an isolated, largely abandoned, research station, where a mysterious object found in the snow has a strange effect on people’s minds.

Near-future dystopian SF novel, following teens from a poverty-stricken town in northern England who follow their love of grime music to London. Translated from the Swiss-German by Tim Mohr.

Young-adult fantasy novel, first in the eponymous series, part of the Elfhame world. Lady Nore is using an ancient relic to create monsters for revenge. Only her daughter Suren can stop her, but Suren has fled to the human world.

Fantasy novel. Chad Hagan, a failed apprentice Talent kicked out of two institutes, teams up with Kara Sedgewick to expose the institutes’ corruption.

SF novel, second in the Billion Worlds series. A scavenger and her oddball crew are catapulted into the midst of a strange secret at the heart of a derelict colony ship.

Fantasy novel. Irish witch Brigid gets swept away from 1922 and ends up in 2022 where her house is occupied two unruly witches and her island under attack from the Damned.

Near-future dystopian novel about a former luxury cruise ship forbidden to make landfall for 40 years off the coast of the former USA.

Young-adult fantasy novel, first in the Unseelie duology. An autistic changeling joins a heist in the land of the fairies.

Romantic suspense novel with speculative elements, the first in The Lost Night Files series. Two women meet at the Lucent Springs Hotel, before an earthquake and a fire nearly destroy the building. Afterwards, neither of them can remember that night, so they team up and start a podcast to investigate.

Near-future SF novel, sequel to Rich Man’s Sky. A reality show contestant competing to be a Martian colonist is murdered, leading all the contestants into a battle for the future rights of mankind.

Young-adult fantasy novel, the first in the Heartless Fates series. Calliope Rosewood is a witch with unspeakable powers and has been hiding for year.

Wilson, David Niall: The Devil’s in the Flaws & Other Dark Truths

Collection of 21 horror stories, nine new, including an unpublished novella.Ï

Michael A. Arnzen has won four Bram Stoker Awards (including one for Poetry) and has been publishing speculative fiction and poetry since 1989. His latest book is The Gorelets Omnibus: Collected Poetry, 2001-2011 (Raw Dog Screaming Press, 2012) — a compendium of his twisted and often funny imaginations from the past decade. Arnzen holds a PhD in literature and teaches in the MFA program in Writing Popular Fiction at Seton