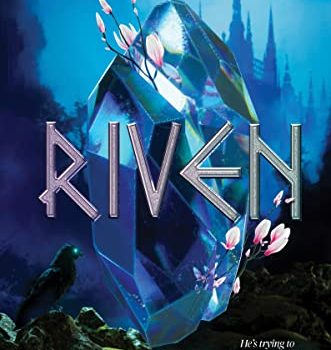 Young-adult fantasy novel inspired by Iceland. Adepts accidentally created Ice, a toxic magical substance that anyone can use, giving the wealthy full control of magic, as long as they suppress the adepts.

SF novella. Roon awakens in a glass box, in a room full of other girls in glass boxes, with no memory of her past beyond her name.

Fantasy novel, the second in the Vagrant Gods trilogy. A usurped prince must master the magic of shadows in order to reclaim his kingdom and his people.

Elsbai, Hadeer: The Daughters of Izdihar

Fantasy novel, the first in a duology inspired by Egypt. Noblewoman Nehal is a waterweaver with elemental magic not approved of in woman, and becomes involved in a struggle for women’s rights.

Fantasy novel set in an alternate 1900s Iceland. A curmudgeonly professor journeys to a small town in the far north to study faerie folklore and discovers the real thing.

Horror novel. Mackenzie, an indigenous person of the Cree community in Canada, fears she’s a bad Cree due to her horrifying dreams — leading her family to try to save her from a dangerous spirit.

Paranormal mystery novel, the first in the Magic Candle Shop series. Twin sisters who run a candle shop in Savannah Georgia are “energetics” who can manipulate the energy fields of people. They discover new powers that help them investigate when their store clerk becomes a suspect in a murder.

Far-future dystopian SF/YA crossover novel of a world where a “genetic plague” turns people into either weak, smart Subterraneans, or hardy, dim Omniterraneans.

SF thriller novel. Neurosurgeon Caroline Soames-Watkins goes to work for a dying great-uncle at a Caribbean medical facility that works on implanting computer chips in brains to offer a new, truer life, understanding the nature of reality and consciousness, but then murder intrudes.

Fantasy novel, the first in a duology. The hidden village of Lagusa, is attacked by an army of the undead led by a Mistress looking for something, and three teens work to stop her.

Dark epic fantasy novel, second in the Kagen the Damned series. The Silver Empire is in ruins and Kagen and his allies are on the run from the Witch-king.

McBride, Amber: We Are All So Good at Smiling

Young-adult fantasy novel in free verse, drawing heavily on fairy tales and folklore. A poet hospitalized with depression meets a Fae boy, and the two have a shared past neither can remember.

McGuire, Seanan: Lost in the Moment and Found

Fantasy novella, eighth in the Wayward Children series.  Antoinette (Antsy) loses her father, then gets lost herself in the Shop Where the Lost Things Go, with its doors to other worlds.

Young-adult dark fantasy novel. Dreams become real horrors in the city of Newham, and after a dream-related family tragedy, Ness joins a cult that helps those affected by Nightmares

Feminist retelling of Greek myth. The minotaur’s sister Phaedra, unwilling bride to the hero Theseus, accuses her stepson of rape.

SF novel, the second in the Coronam series, set on a colony world reverted to 16th-century European culture — with aliens.

August 3, 2012 admin Comments Off on New and Notable Books, August 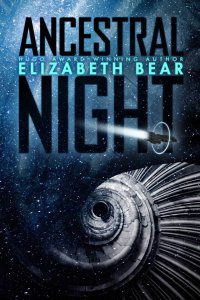 A recent Making Light post by Teresa Nielsen Hayden about her invisibility at Home Depot got me to thinking about women of a certain age,* one of which I am rapidly becoming. Not only are we difficult for Home Depot employees to see, we also seem to be largely invisible in science fiction as well. ** In fact, I’m not sure I can think of more than a half-dozen. And