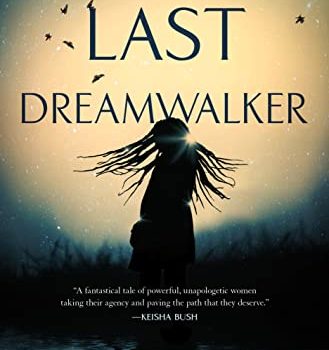 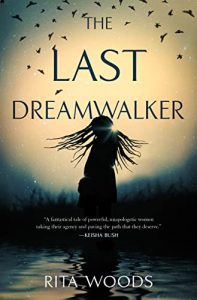 Layla Hurley spends most of her life avoid­ing her nightmares. Whether through anxiety pills, wine, or a combination of those, she would do anything to sleep through the night without experiencing another lucid dream. But after her mother’s death, Layla learns that her nightmares are not chance recurrences, but a gift passed down from her family through generations spanning back to Africa. Layla is a Dreamwalker – the third daughter of a third daughter who can enter other people’s dreams and manipulate them. Following her mother’s funeral, her boisterous aunts Jayne and Therese arrive with a mysterious deed to half of Scotia Island, signed to her – and her eccentric cousin Charlotte who doesn’t seem ready to welcome Layla. If anything, she’s eager to see Layla vanish, as most of her family has before. Deter­mined to keep her share of the island in honor of her ancestors, Layla refuses to leave. Her stubbornness and curiosity come at a great cost: with each passing day, the shadows of Layla’s dreams grow darker and more dangerous as she uncovers her family’s closest-held secrets.

Rita Woods’s The Last Dreamwalker is a historical fantasy set in both the present day and final days of the Civil War. Brim­ming with Southern Gothic themes and rich Gullah-Geechee culture, mysterious cousins, moss-covered oaks, generational hauntings, and seafood boils roll through the novel like thun­der. Woods creates an immersive, alternative world of America’s Low Country that is as easy to get as lost in as Layla’s dreamscapes. Taking place between Washington, DC and the fictional barrier island of Scotia, the novel alternates viewpoints between Layla and her enslaved ancestor, Gemma. While Layla’s chapters were interesting, there was a certain razor edge to the psychological feud between Gemma and the plantation master that had me turning the pages at a feverish pace. Lurking in the shadows of his dreams, Gemma vows to haunt him until he gives her Green Ainsli, the plantation that she has been chained to for her entire life. The intensity of their feud only increases as the tide of the Civil War turns against the South, and Gemma is urged by her daughters to give up her seemingly fruitless pursuit in exchange for a life off the island. These scenes contained some of the more heartbreaking elements of the novel. While her aunts provide a balanced sense of humor and hijinks to Layla’s life, Gemma is alone in her pursuits, and the people around her suffer greatly because of her absence.

The connection between the generations is seamless, and focuses squarely on the women in these situations more so than on the super­natural and institutional forces working against them. Although we are aware of our characters’ mental health unravelling, they are still quite coherent, which makes their foes scarier. Even doing all the right things may cause them ir­reversible psychological harm, and we see these patterns play out in similar but not identical ways. Like Layla, her gift seems more like a generational curse as the line between the real world and dream world grow thinner with each passing day. Gemma is seemingly the only one willing to use her gift to a point beyond reason. Charlotte seemingly is, too, but it remains un­clear what Layla’s destiny will be the further she sinks into her dreams. I often find myself preferring one plotline over the other in multiple point of view novels, but Woods seamlessly blended the plotlines together to where one could not exist without the other.

What could be a very conventional gen­erational family drama plot is made unique by Woods’s ability to create realistic characters across all three generations of the Hurley fam­ily. Layla is a broke artist in DC – drawing pictures of anatomy for textbooks for a living while trying to eke out the art she actually cares about. Her brothers are both successful and enjoyed a much more stable and loving relation­ship with her mother than she did. Each of her relationships with her brothers is unique, and like normal family relations, can be strained.

But what makes Woods’ characters so entic­ing is their flaws, in addition to their ways of loving. Whether by neglect, misunderstanding, or perpetuating a cycle of flawed love, each character is seemingly trying their best to sur­vive despite the violence they have suffered. As a result, the family drama (or perhaps trauma) is generational too. Since their enslavement on Scotia Island, no one in the Hurley family has been willing to speak about what happens in the night, even as objects from Layla’s dream cross into her real life. It is only when their suffering brings unwanted attention are any of these con­cerns addressed. Even the interesting concept of dreamwalking is deeply entwined with the other sources of tension in the novel. Passed down since her descendants were stolen from West Africa, the power has shifted and changed since surviving the Middle Passage. The mechanisms and techniques for dreamwalking are not ex­plained in depth, but rather explored through memories and unexpected incidents, some of which border on psychological horror.

As one of the many sources of tension be­tween her and her mother (in addition to her hair, the way she walks, breathes, etc.), Layla is abandoned emotionally by her mother even before her passing. Without any mentor or guide to show her how to safely dreamwalk, she relies on the wisdom of her aunts who are aware of this history but unwilling to say more. Charlotte is seemingly the only one who knows more of this gift, but she grows increasingly suspicious of Layla’s intentions. I enjoyed seeing Layla’s understanding of her mother evolve even after her death, especially as she grows more confi­dent in herself. Perhaps my only gripe is with the finality of the novel’s title.

The Last Dreamwalker is a powerful tale that asks how we process our inheritances – good, bad, and evil ones alike. Woods is an assured and confident storyteller whose atmo­spheric and critical prose transports readers from the shores of the Atlantic to the marshes of dreamlands and haunted places. By the end of the novel, one may be asking themselves if they have emerged from the shadows of a dream. 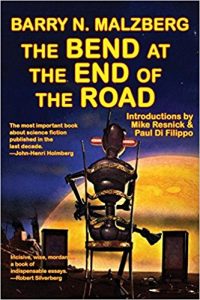 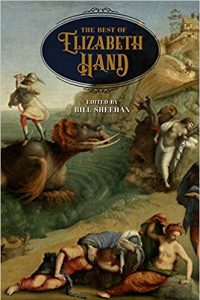 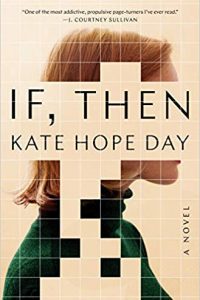