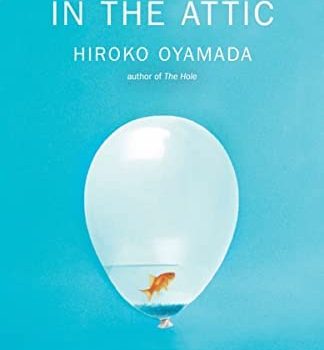 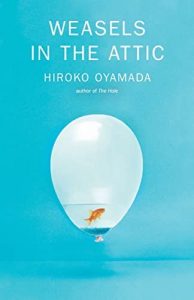 In my humble opinion, the best surrealist fic­tion being published today is coming out of Japan, spearheaded by female authors like Yoko Tawada, Sayaka Murata, Yōko Ogawa, and Hiromi Kawakami. Included in that list is the elusive and discombobulating work of Hiroko Oyamada, whose third book, Weasels in the Attic, has been translated into English by David Boyd. In keeping with her novels, The Factory and The Hole (both of which I highly recom­mend), Weasels in the Attic is short in length, coming in at less than one hundred pages. But as Oyamada demonstrated with her novels, it’s the brevity of her fiction, and mainly what’s not said, that makes her work so disquieting and strange.

An unnamed male protagonist narrates the three stories or episodes that comprise Weasels in the Attic. He tells us early in the piece that he and his wife of three years ‘‘hadn’t any luck getting preg­nant,’’ a fact that simmers below the surface of each story. The first chapter, ‘‘Death in the Family’’, opens with the narrator’s friend, Saiki, informing him that their mutual acquaintance Shuzo Urabe has died. This news leads the narrator to recall the time he and Saiki visited Urabe at the man’s apart­ment, where in an eerie living room lined with fish tanks, they are introduced to Urabe’s young wife and their baby daughter. As the three men snack on dried shrimp and talk about the breeding patterns of Discus (the tropical fish occupying the tanks), they learn how Urabe met his wife. It’s a disquiet­ing tale that strongly implies that Urabe groomed the girl when she regularly visited his store, lonely, impoverished and just a child.

Toward the beginning of ‘‘The Last of the Weasels’’, there is an awkward scene where the narrator is asked by his wife to ejaculate into a container so the gynaecologist can test his sperm. (‘‘You want it tonight?’’ ‘‘Tomorrow morning is best. The fresher the better… But now’s fine, too…’’). The couple then visits Saiki’s house in the country, where they meet his wife Yoko, who Saiki is keen to note is ten years his junior (and therefore in her prime). Over dinner, Saiki informs them about his ‘‘war of attrition’’ against the weasels, a losing battle given how quickly the animals reproduce. It’s the narrator’s wife who suggests a solution, recalling a disturbing story from her childhood where drowning the mother weasel ended the infestation.

My grandpa carried the cage over to the trash can and dunked it in the water…. When he did I heard the most horrible sound…. It was this series of piercing shrieks. I’d never heard anything like it before – and I haven’t heard it since, not once. The weasel was screaming with everything it had.

Echoing ‘‘Death in the Family’’, the final piece, ‘‘Yukiko’’, sees the protagonist and his wife return to Saiki’s country home to celebrate the birth of Saiki and Yoko’s baby daughter. When a blizzard forces them to stay at Saiki’s house overnight, the couple shares a room with five small aquariums. ‘‘From the position of the pillows, it looked like we were going to be sleeping with our heads right by the fish. The gurgling of bubbles was constant.’’ Later that night, the narrator is assailed by a bonytongue that leaps out of its tank and lands on the man’s chest. ‘‘The bonytongue was twisting on my stomach…. It had to be in pain. I didn’t want this fish dying on top of me. I tried to raise my voice – to say something. I couldn’t even get my tongue to move.’’ Only to realise it was all a dream.

It’s revealing reading Weasels in the Attic the month after Sayaka Murata’s collection Life Ceremony. Both books are preoccupied with procreation. But where Murata interrogates the emphasis Japanese society places on the need to marry and have children, Oyamada explores the anxiety and fear associated with infertility. For the narrator, it’s his masculinity that’s questioned: his inability to hold his drink, his failure to ‘‘do his part’’ when his wife is at peak fertility, and his impotence in comparison to Urabe and Saiki, who attract younger, fertile women. Not that Oyamada is endorsing these aspects of maleness; if anything, the misogy­nistic streak Urabe and Saiki display speaks to the contrary, but the pressure and expectation to perform his duty as a man paralyses the narrator, to the degree that he lacks agency. In contrast, it’s his wife who explores fertility treatments, who compels her husband to masturbate into a container, and who strikingly comes up with a solution to the weasel problem, as if taking revenge on the animal’s fecundity. Added to this is the liminal quality of Oyamada’s prose, where even the mundane is strange and unreal, whether it’s the description of Saiki’s and Yoko’s baby as having eyeballs like ‘‘frog’s eyes, shift­ing beneath a translucent membrane,’’ or the narrator’s tussle with the bonytongue, or the apartment filled floor to ceiling with fish tanks, which only heightens the aura of apprehension, fear, and powerlessness. Weasels in the Attic may not have the fairytale or absurdist quality of Oyamada’s previous work, but in grounding her story in animal and human biology, she elicits a sense of dread that’s primal in nature. 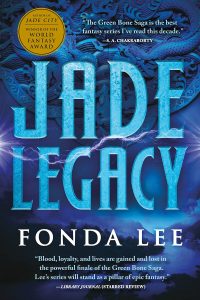