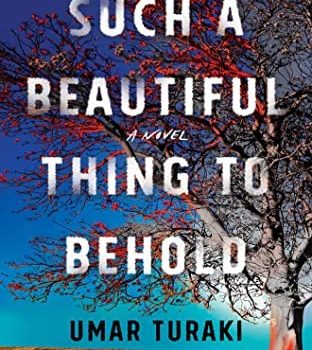 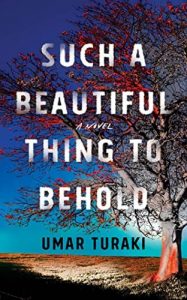 It would easy to assume readers want nothing to do with pandemic and post-apocalyptic fiction. It would also be wrong. Even during the worst of the pandemic, fiction about bad things happening to a large number of people were popular. Umar Turaki’s Such a Beautiful Thing to Behold is a heartfelt, engaging novel that treads known territory while also focusing on small details in a way that makes it feel fresh.

Pilam is a small village that’s been separated from the rest of the world and decimated by a mysterious plague known as the Grey – a name it gets because those who contract it stop seeing color as their eyes get darker. Pilam is full of sad, scared, desperate people, but there is no help coming. In fact, the world has quarantined the small town and then abandoned them, showing no mercy to those who try to get out. The Grey affects people relatively quickly, draining their strength and their color before inevitably kill­ing them. However, young people are immune to it, which means Pilam is more or less full of unsupervised youth. Despite the way everyone else has abandoned Pilam, there are rumors of a cure beyond the barricades, and Dunka, the old­est brother of a family that has been destroyed by the Grey, sets out to escape the town and try to find a cure for his siblings and save them before it’s too late. Meanwhile, his brother and sisters are dealing with their own lives, relationships, fears, newfound solitude, and plans.

Such a Beautiful Thing to Behold is, in many ways, a postapocalyptic/pandemic novel, but it’s also a narrative about learning to be alone, surviving when everyone has given up on you, and navigating the chaos of constant death, ex­treme violence, never-ending hunger, and being surrounded by people who, because of all those things, start acting more like vicious animals than like regular people. In this way, the novel illuminates the best and the worst humans have to offer, delving deep into what it means to love when everything is lost, the strength required to make plans and act on them when the easiest thing to do is to stay put and die, and the way memories can simultaneously haunt us and sustain us.

The most beautiful thing about Such a Beau­tiful Thing to Behold is that it finds a perfect balance between extremely bleak circumstances and the strange beauty that can be found hiding in some places and unique moments. Turaki deals with hunger, pain, grief, loss, abuse, and suicide in almost every chapter, but he doesn’t keep the focus there, instead sharing brilliant, ephemeral moments of joy that matter, at least for a while, more than all the mayhem surrounding those stuck in Pilam waiting for death.

Such a Beautiful Thing to Behold is dark and gloomy, but also packed with tiny moments of joy and curious revelations that show life is always worth living. This is a pandemic book that shows the ugliness of the world and the way we can turn against those who need our help the most, but it also shows the power of love and the importance of forging bonds when everything seems lost. Turaki has taken the classic pandemic novel and infused it with his own brand of hope, and that makes this a must-read novel. 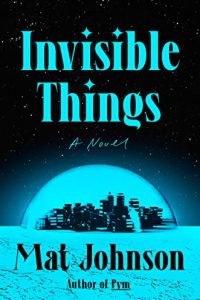