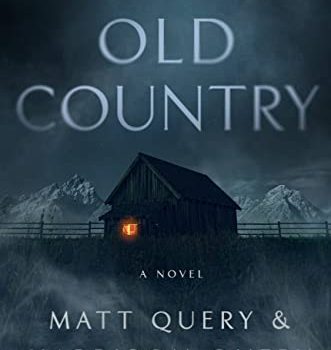 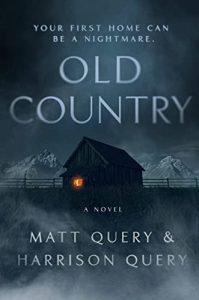 Learning a book came to be because a story be­came popular on Reddit might make some run to read it and turn others away from it immediately. Thankfully, Old Country, written by brothers Matt & Harrison Query after the former wrote a story titled ‘‘My Wife and I Bought a Ranch’’ that blew up on Reddit, is worth a read.

Harry is a former marine who came back from the war with a lot of scars and some PTSD to deal with. His wife, Sasha, is always there for him and understands there’s a dark part of her husband she doesn’t have access to. The couple has always dreamed about getting a perfect house somewhere remote, a place where they can take their beloved dog Dash and live away from the hustle and bustle of the city and be in constant touch with nature. When the perfect piece of land appears in Idaho, right at the foot of the mountains in the Teton Valley, they pack their things, Sasha makes the move to working from home, and they start a new life in a place they had only dreamed about. For a while, everything is perfect, but then things change. Their nearest neighbors, Dan and Lucy Steiner, an older couple who have been on that land for many years, come to visit them and then tell them about an evil spirit that lives in the valley and that manifests in different ways depending on the season. Sasha and Harry don’t believe them, and Harry basi­cally kicks them off his property, but they soon change their minds when what the neighbors had told them starts to happen. With each season, Harry and Sasha must learn to cope with a new manifestation of the evil spirit, and even if they know what it might look like with the help of Dan and Lucy, there’s no way to tell when or how often it’ll come. What follows is a haunting story about learning to live in the presence of evil and being trapped by a supernatural power.

Old Country is a solid debut with a unique series of elements that works well even despite its shortcomings. The novel is effective and the atmosphere is superb. The writing about nature is gorgeous and there is enough gore and creepiness to firmly position the narrative in contemporary horror. However, Harry’s war trauma often feels like a different story that got tacked into this one to give his anger a reason for being, and Sasha is often depicted as a Mary Sue type of character that is there to see, solve, and get through everything. Also, there are a few instances in which the story comes very close to turning into a white savior narrative, though it always stops short of that.

The best element of this novel is the atmo­sphere and how it stays in place regardless of the evil spirit’s antics. There’s something about a naked man running from a slow-moving bear and always getting killed that is, in part, hilari­ous (you know, at least to those of us with a dark sense of humor). However, the way the authors construct the scenes and everything around them makes the evil spirit’s presence always spooky, whether it’s a naked running man, a light in the pond, or a scarecrow that comes to life. Also, Harry and Sasha are easy to like, and when they realize they’re trapped in what they imagined was paradise, empathy kicks in, and everything they experience feels a bit worse and packs a larger punch.

Old Country is entertaining and dark – weird in a good way – and the setting offers a perfect backdrop for the mayhem that ensues. There are a few instances in which a bit of editing would have helped the story stay on point and be a tad tighter, but knowing this came from the seed of a tale that was originally planted on Reddit more than makes up for those minute flaws. Matt & Harrison Query seem to work well together and they clearly understand how to make a horror narrative work, and this one is more than enough to put them on the map and leave reader wonder­ing about what they’ll cook up next. 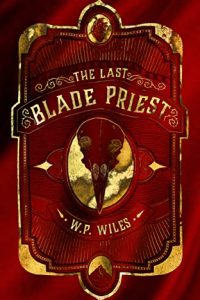