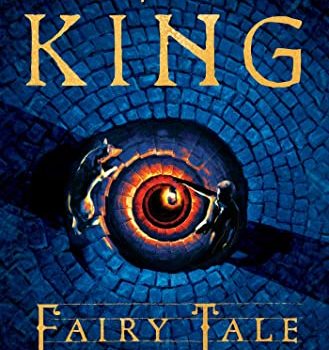 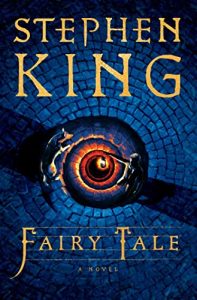 The fact that Stephen King can still surprise us is further proof that he’s one of the best living writers, and I say that as someone who recently reviewed the two new and very surprising Cormac McCarthy novels. King’s career is full of books that play across genres and exist in a unique spectrum that includes his own takes on fantasy, horror, and crime. With Fairy Tale, perhaps one of the most appropriate titles of the year, King pulls readers into a spellbinding narrative about a young man with a good heart trying to do the right thing in an alternate world that exists right beneath our own.

Charlie Reade is a regular high school kid. He plays baseball and football, likes to bike around his neighborhood, and is well-liked and a solid student despite getting in trouble with a friend of his and doing plenty of things he’s not proud of. However, Charlie’s life hasn’t been easy. His mom was killed in a hit-and-run accident when he was seven, and the ensuing grief made his father crawl into a bottle and spend years inside it. Luckily, Charlie’s father found help in time, and it all worked out in the end despite the fact that he lost his job and they almost ended up liv­ing in the streets. His father’s alcoholism taught Charlie how to take care of himself and gave him a unique – and very thankful – outlook in life.

When Charlie is 17, he hears a dog whining while he’s out on an evening walk. Unable to pass by, he investigates and find that dog is one he and his friends used to be afraid of as kids, and that the dog’s owner, a solitary old man named Howard Bowditch who is a grumpy recluse liv­ing alone in a big dilapidated house at the top of Charlie’s street, has fallen from a ladder and broken a leg and busted his hip. Charlie calls 911 and eventually ends up offering to take care of the dog, Radar, while Bowditch is in the hospital. As the relationship between the old man and the teenager grows, Charlie gives his heart to Radar and learns a lot about Bowditch’s house, his shady history, the gold in his safe, and the strange locked shed in his backyard that some­times has strange sounds coming from it. With Radar taken care of, Charlie’s thankful nature kicks into high gear and he starts doing odd jobs around Bowditch’s place, which eventually becomes his career when Bowditch comes back from the hospital and can’t get around too well. Unfortunately, Bowditch dies before Charlie can learn everything he has to learn from him, but the man leaves Charlie an old cassette tape with a recording: the story of his life, and the truth about the gold in the safe and the shed in the back. The story is unbelievable, but everything Bowditch tells Charlie checks out, and the teenager soon finds himself in another world, wondering about the possibilities it offers Radar, who is very close to dying from old age, and understanding that Bowditch’s secret – now his – must be protected at all costs. What follows is a magical, exciting adventure of a boy and his dog that’s equal parts adventure, coming-of-age story, and wildly entertaining fairy tale about a different world.

Fairy Tale is epic in breadth and scope. It deals with grief, friendship, love, the aftermath of alcoholism, thankfulness, and many other im­portant topics. It’s also 600+ pages of adventure, giant animals, strange creatures, the history of a world that changed dramatically and the people that inhabit it, and a boy embarking on a long, perilous journey simply because he loves an old dog. It’s a tale that shifts between humor, lighthearted storytelling, and darkness. King is fine form here, perhaps in the best form he’s been in a while, and the pure joy of storytelling is present in every page.

Over his long career, King has written narra­tives that take place in a microcosm – think Cujo and Misery – and long, immersive, multilayered narratives that take place in large worlds – think of the books that make up the Dark Tower series. In Fairy Tale, he combines the best of these two kinds of stories: the charming small town and the huge parallel world, an old house and the shed in its backyard and an entire universe with two moons over a mysterious land. The result is a lot of fun, and it constantly reminds us of how immersive fiction can be, especially when it’s full of empathy.

Reviewing books like Fairy Tale isn’t easy because a lot has to be left out, so the best strat­egy is to focus on what matters most, and in this case, the combination of heart, adventure, and Charlie’s voice is what will keep readers glued to the page until the last line. After so many novels, it’s great to see King add another standout to his ridiculously impressive oeuvre. I hope he never slows down. 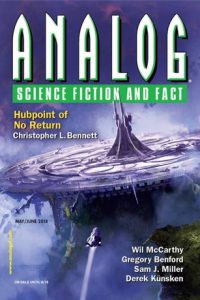