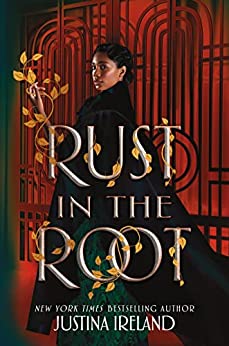 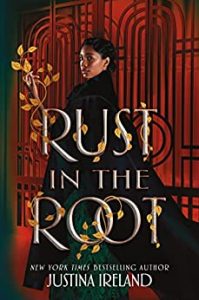 Justina Ireland’s latest YA alternate history novel Rust in the Root feels a bit like a cross between P. Djèlí Clark’s Ring Shout, Jeff VanderMeer’s Annihilation, and Victor LaValle’s The Ballad of Black Tom. If Ireland’s Dread Nation series (set just after the Civil War and involving zombies, queer Black teens, and white supremacists getting what’s coming to them) was Ireland honing her chops on alternate history, Rust in the Root is her taking it to the next level.

Laura Ann Langston is broke. It’s 1937, and she’s down to her last pennies. New York City does not take kindly to small-town bumpkins, even those with passing magical talent. Laura’s dreams of becoming a famous baker are slipping through her fingers. Setting her pride aside, she does the one thing she swore she’d never do: join the Colored Auxiliary of the Bureau of the Arcane’s Conservation Corps. If nothing else, it’s a steady job that pays decently and will let her travel the country, and at the end of her tour she’ll get a license to practice, instead of having to do it behind closed doors, and where cops won’t see her like she is now.

With a brand new wardrobe and mentor, the stiff yet accomplished Skylark, she and Laura head west to a Blight in Ohio to meet a team of other colored mages. The Blight is the side effect from a catastrophic event known as the Great Rust, where whole regions are consumed by a dark, destructive power. Lately, the Ohio Blight has been growing larger and becoming more unstable. Two teams of Black mages have already vanished, as have whole towns. Once Laura and Skylark enter the Blight, they are horrified to discover they may never be able to leave it. All of their plans fail, and the nightmares within the Blight are stronger and more malevolent than they anticipated. Evil, hate­ful and bigoted, is at the heart of the Blight, and it is snapping at the heels of the Colored Auxiliary.

As with the Dread Nation series, racism forms the basis of the horror Laura faces. In this version of the world, slavery wasn’t just about cotton. It was also about necromancy. Slaveholders used the souls of Black folks to power their magical machines. After slavery is declared unconstitu­tional, necromancy dies out, but, true to form, it returns with a vengeance with the Klan. Even the way magic is categorized is racist. Rootwork is a way of doing a little bit of everything, from creation to destruction, from healing to harming, from seeing the possibilities to manipulating them. Dynamism, as the US government calls it, allows for specialties. Each mage can do one kind of magic, and it’s strictly regulated. Laura enters the Conservation Corps as a Floramancer, having to hide her other abilities.

We also see this pushback against American individualism and legislated morality in Ireland’s queer and gender expansive characters. Laura her­self is queer, and there is a gay couple in her crew. Another character changes her gender based on what she’s feeling more like at any given moment, and other characters are queer in less defined ways. Those enforcing white supremacist and patri­archal ideals are the enemy here, not the ones breaking those rules.

In the book, instead of alcohol, the 18th Amendment prohibited unlicensed magic – unsurprisingly, the very kind of rootwork most often practiced by Black folks. In American history classes, we don’t often talk about life for people of color during Prohibition and the Great Depression, particularly in terms of government response (such as how Franklin Delano Roosevelt’s New Deal explicitly cut out Black people to appease Southern racists), so I’m not sure to what extent Ireland’s metaphors will be understood by the average reader. If you do have an interest in this period of American history, you’ll see just how many reference points and callouts she crams into this novel.

Ireland’s biggest skill – worldbuilding – is this novel’s only real flaw. Rust in the Root has so much going on plot-wise, a large cast of characters, and covers everything from slavery times to months after the main event is over. The worldbuilding is fascinating, and I loved everything we learned, but sometimes it felt like having to get through a history lesson before the plot could progress. It’s clear Ireland spent a long time thinking about this world and Laura’s story. There are layers upon layers upon layers of detail about how magic has and hasn’t altered history from what we know. The extras in the books, like the Skylark’s report, Laura’s photos, the constant switching between first person and third person POV, add to the narrative in clever ways. However, jumping around like that also made it a more challenging read, so much so that I found it easier to read as an audiobook than in print. I’m not sure what would have helped, whether cutting more stuff out or expanding it into a duology, but as is, the book often hovers between “a lot” and “too much.”

Other than her middle-grade historical fantasy Ophie’s Ghosts, Justina Ireland has spent the last few years writing in the Star Wars universe. Rust in the Root marks a fine return to non-IP young adult fiction. The story ends with an ending open enough to allow for a sequel, although as far as I can tell this is a standalone. Who knows what era of US history Ireland will explore next, whether another pass at Laura’s story or somewhen else entirely. Either way, I’ll be there. 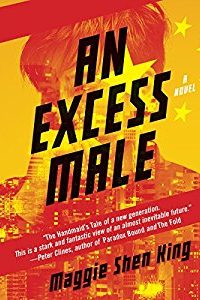