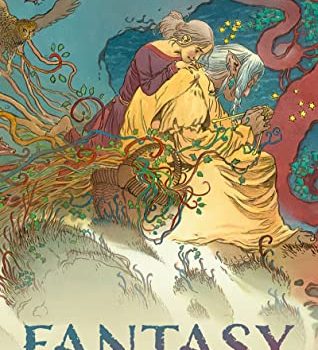 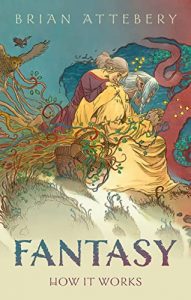 Brian Attebery, Fantasy: How it Works (Oxford UP 7/22) One of our most erudite scholars delivers a wide-ranging critical exploration of the fantasy genre, “the lie that speaks truth.” “There are enough good ideas here to set off a whole con’s worth of panel discussions… his most trenchant observations open up the field to us rather than closing it off with totalizing pronouncements.” [Gary K. Wolfe] 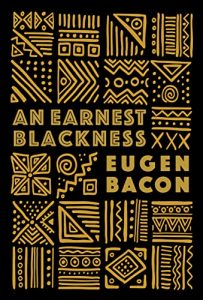 Eugen Bacon, An Earnest Blackness (Anti-Oedipus 8/22) Bacon is best known for her fiction, but she is also an adept non-fiction writer, and this book of 12 critical essays explores issues of race, colonialism, and more. This “slim yet powerful text… intersects not just with genres of Afrofuturism, but [Bacon’s] experiences navigating Australia, and the publishing industry at large, as an African Australian.” [Maya C. James] 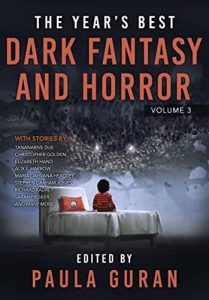 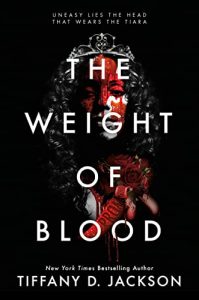 Tiffany D. Jackson, The Weight of Blood (Tegen 9/22) This YA novel is inspired by Stephen King’s 1974 telekinetic teen horror debut Carrie – but ef­fectively updated and reimagined for today’s readers. The story follows a biracial young woman forced by her abusive father to pass as white… until her secret comes out, and prom night horror begins. T. Kingfisher, What Moves the Dead (Tor Nightfire 7/22) Ursula Vernon’s darker alter-ego delivers a creepy new take on Edgar Allan Poe’s “The Fall of the House of Usher” (with way more disturbing fungal action) in this compelling novella, which also plays effectively with notions of gender and the tradition of the Ruritanian fantasy. 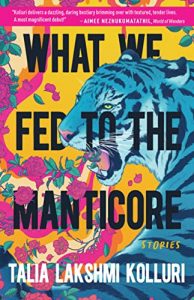 Talia Lakshmi Kollluri, What We Fed to the Man­ticore (Tin House 9/22) This debut collection by a singular new voice features nine stories, three of them original, all narrated by animals. The view­point characters must cope with human disruption of nature, including climate change, but this isn’t a book of polemics – the stories are sparkling, strange, and tender. 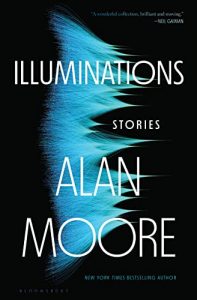 Alan Moore, Illuminations (Bloomsbury 10/22) The master of innovative comic writing has made impressive inroads into prose fiction in recent years, including the immense tome Jerusalem, but this is his first collection, gathering nine stories from the breadth of his career, only four of them previously published. It includes a short novel, “What We Can Know About Thunderman”, which forms a captivat­ing Kafkaesque history of the comics industry. 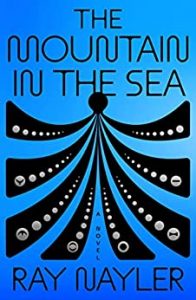 Ray Nayler, The Mountain in the Sea (MCD 10/22) Nayler has dazzled us with short fiction, and this debut novel proves he’s equally adroit at longer work. It’s a near-future thriller about the nature of sapience and consciousness, with a scientist and an AI android sent to a remote archipelago to investigate the rise of an unusually intelligent species of cephalopods. “Nayler presents [his ideas] with such immediacy and passion that the intellectual adventure is as compelling – more compelling, really –- than his tale of corporate intrigue, high-seas adventure, and characters dealing with past traumas while searching for some sort of identity.” [Gary K. Wolfe] 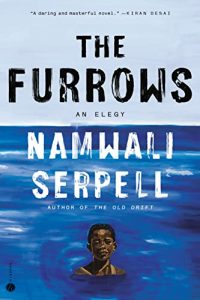 Namwali Serpell, The Furrows (Hogarth 9/22) Serpell excels at blurring the line between the liter­ary and the fantastic, and her latest mingles elements of mystery, romance, and the surreal in the tale of a grieving woman who never recovered from her younger brother’s death. She begins to see versions of her brother suffering assorted fatal accidents – and then meets a mysterious figure who shares his name. Rob Wilkins, Terry Pratchett: A Life with Foot­notes (Doubleday UK 9/22) The late and beloved author of the Discworld series (and more) has an official biography, written by his former assistant and close friend. Wilkins combines his memories with details from an unfinished memoir by Pratchett, plus comments from family, friends, and colleagues to create a chatty and often hilarious picture of the man and his life (with footnotes, of course). 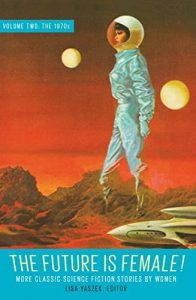 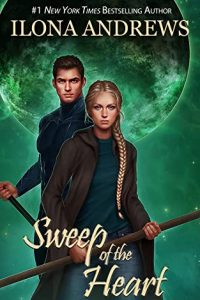 John Holbrook Vance was born August 28, 1916 in San Francisco CA. He worked as a bellhop, in a cannery, and on a gold dredge before attending the University of California, Berkeley, where he studied engineering, physics, and journalism, though he never graduated. A lifelong musician and music lover, Vance’s first published works were jazz reviews for The Daily Californian. Vance worked as an electrician at Pearl Harbor in Hawaii,