Amazon has notified magazine publishers that they will be ending their Kindle Publishing for Periodicals Program in September 2023, which means subscribers will no longer be able to receive their print or digital magazines through the site.

Publishers Weekly reported that they “learned that [Amazon] is ending its print textbook rental program, which was established about a decade ago, and will phase out print and digital magazine and newspaper subscriptions as well.” They quoted an Amazon representative who said,

Following an assessment of our print textbook rentals and our magazine and newspaper subscriptions and single-issue sales, we have made the difficult decision to discontinue these services. We don’t take these decisions lightly, and are winding down these offerings in a phased manner over several months. We will continue to support customers, sellers, and publishers during that time.

Neil Clarke, publisher of Clarkesworld, posted about the situation:

We’ve been offering Clarkesworld Magazine for subscription on the Amazon Kindle since 2011 via their Kindle Publishing for Periodicals (KPP) program. If I recall correct, we were the third genre magazine on the platform, right after Analog and Asimov’s…. Amazon is effectively ending its print and digital subscription business. If you have a monthly or annual subscription to a magazine on their platform (among which you will find Clarkesworld, Forever, Asimov’s, Analog, F&SF, Lightspeed, Fantasy Magazine, Nightmare Magazine, The Dark, Apex, Galaxy’s Edge, and Uncanny) your subscription will end in September.

Earnings from Amazon subscriptions provide a varying and sometimes significant portion of the revenue that these publications require to stay in business. If you don’t already know, genre magazines are subscription-driven, meaning that subscriptions make up the bulk of their income. Some people think advertising is a major source, but it actually represents a tiny fraction for us. (Advertising tends to be a leading source of revenue for glossy magazines, so it’s easy to see where they could get that impression.)

None of these magazines are entirely reliant on Amazon, but as the largest ebook retailer in the field, the cancelation of this program will hurt and in some cases, hurt badly. Badly enough to shutter a magazine? Maybe. It’s too soon to tell and there are a lot of variables, including you.

He goes on to explain that some publishers are being offered the option to offer subscriptions in Kindle Unlimited Magazines:

Not all magazines were given that option, however, including Uncanny. Editor Lynne Thomas told us,

This is devastating and frustrating news for Uncanny Magazine, as well as our peer magazines in the Kindle Periodicals Program. While we maintain multiple revenue streams, especially Kickstarter and Patreon, this is a significant loss for us. We’re still in the process of talking to Amazon to encourage them to reverse this decision, or to provide us with tools to help our Amazon subscribers transition to other platforms. This could not have come at a worse time for SFF periodicals, since so many of us are also weathering the storms of reduced advertising revenue and the possible death of Twitter, which is vital for crowdfunding projects.

Amazon expects to notify subscribers about the changes in March, and readers will need to make other arrangements to get their magazines before next September. 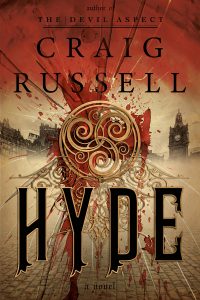