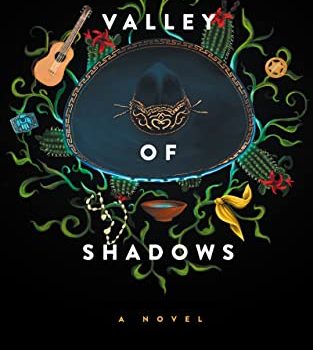 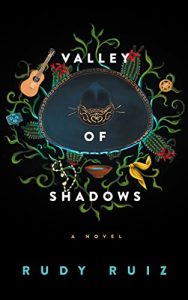 Having not encountered a “Weird Western” in close to two decades (the last being the final volume in Stephen King’s Dark Tower series), I’ve now read three of them in 12 months. Last November, I reviewed Lavie Tidhar’s eclectic, strange but also moving The Escapement, while a couple of months ago, I spoke glowingly about Robert Freeman Wexler’s The Silverberg Busi­ness. Now comes along Rudy Ruiz’s Valley of Shadows. While not nearly as surreal or weird as either the Tidhar or Wexler, Ruiz’s respectful treatment of the cultural and spiritual beliefs held by the indigenous and Mexican communities displaced by American expansionism adds depth and richness to what could easily have been a straightforward, albeit entertaining and gory, horror western.

Valley of Shadows takes place in the fictional town of Olvido toward the backend of the 19th century. Once it had been a “bustling pair of border villages”, split by the Rio Grande until the river abruptly shifted south and the Mexican section of Olvido found itself on the U side of the border. Several years later and struggling to survive – “there was no water and little com­merce” – Olvido is rocked by the brutal murder of Sheriff Talbot and his family. Cue our hero: Solitario Cisneros. When he was a boy, his grand­mother, overwhelmed by grief at the loss of her daughter, put a hex, a maldición, on Solitario’s father and “the male descendants… to lose what they love most.” Since then, he has been able to perceive and even converse with the dead. This includes his wife Luz, who Solitario makes the mistake of falling in love with when he becomes the sheriff of Olvido and who dies after the Rio Grande changes course and Solitario is relieved of his job by the Texas Rangers. Now he has been approached by Olvido’s mayor, the local banker, and his old friend Sergeant Elias (who fought alongside Solitario back in Mexico against the French) to investigate the murder of the Talbots and again take on the role of Sheriff. Reluctantly, Solitario agrees to visit the crime scene, where he encounters the ghost of Talbot’s son, pleading for the safety of his brother and two sisters. Aided by Elias and Onawa, an indigenous woman with un­canny tracking skills who once saved Solitario’s life, they come to understand that the family’s murder and the disappearance of the younger children are part of a conspiracy more violent and horrific than anything they or the frightened residents of Olvido could conceive of.

Although Valley of Shadows features ghosts, magical artifacts, and ritual sacrifice, what stands out is Ruiz’s dedication to historical and cul­tural authenticity – a virtue shared with Robert Freeman Wexler’s The Silverberg Business. Central to the plot is the Treaty of Guadalupe Hidalgo, which ended the Mexican-American War and resulted in the Mexican Government ceding a whopping fifty-five per cent of its land to the United States (territories that included California, Nevada, Utah, and Colorado). The treaty also formally recognised the Rio Grande as part of the southern border, a decision that led to numerous border disputes, most notably the “Chamizal dispute,” which saw a massive flood in 1864 shift the border 600 acres south and took a century to resolve. Ruiz, however, doesn’t bog the reader down in the specifics (he only mentions the Treaty once) but rather shows us the devastating outcomes of the United States’ “Manifest Des­tiny”. We see it in the way Solitario is summarily dismissed as Sheriff now that Olvido is no longer in Mexico; we see it in the boiling over of tensions as the body count rises and the white residents of Olvido lash out against their Mexican neighbours; and we see it in Onawa and her father’s struggle to keep alive their cultural and spiritual beliefs, now languishing in “a quasi-limbo of weakened irrelevance at the edges of towns like Olvido.”

I was less invested in Solitario’s struggle to come to terms with the loss of his wife. I’ve never liked the trope where a male protagonist spends the novel moping over their deceased female partner, especially when she’s given no voice of her own and is described in angelic terms. It’s a cliché that’s tempered, somewhat, by the presence of Onawa. She’s head over heels in love with Solitario, but what I liked about her portrayal – aside from being vibrant, fearless and intelligent – is that she’s willing to walk away from our stoic hero when he isn’t capable – due to the la maldición – of reciprocating. Solitario’s unhealthy obsession with his dead wife also doesn’t change the fact that the Valley of Shad­ows is so damn enjoyable to read. Ruiz lavishes on the gore when required, and there are several scenes (particularly one involving a family being burnt alive) that are genuinely disturbing. But, ultimately, it’s those parts of the story that speak to the erasure of culture and identity by forces both natural and colonial, that elevates this novel beyond its “Weird Western” trappings. 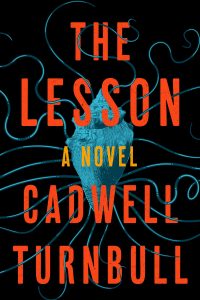