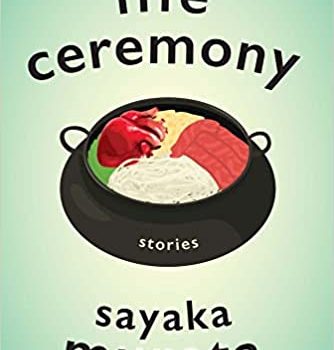 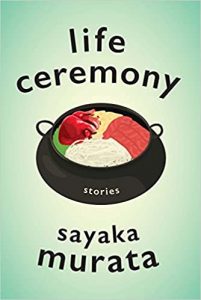 In the title story of Sayaka Murata’s collec­tion Life Ceremony, one of the characters observes that “normal is a type of madness… it’s just that the only madness society allows is called normal.” It’s a sentiment that encapsulates the driving force of Murata’s fiction: a recognition that “normality” is subjective, that acceptable behaviour is a generational affair. We see this theme vividly explored in her two novels currently available in English, Convenience Store Woman and Earthlings (brilliantly translated by Ginny Tapley Takemori), where the beliefs and conduct of Murata’s female protagonists don’t align with the expectations and conventions of Japanese society. Similarly, the thirteen pieces that com­prise Life Ceremony, Murata’s first collection to be translated into English (also by Ginny Tapley Takemori), seek to question, unravel and under­mine our preconceived views of what’s normal.

Unlike Murata’s novels, where it’s the main character who is at odds with mainstream beliefs, the collection’s opening story, “A First-Rate Ma­terial”, and its title piece, “Life Ceremony”, put the reader in that uncomfortable position. Set at some point in the future, both narratives question our longstanding taboos involving the dead by imagining a society where they are viewed as a precious commodity. In “A First-Rate Material”, corpses are repurposed into high-end furniture and clothing, such as the coat woven entirely out of human hair, which our main character, Nana, is wearing while enjoying lunch with her friends. In “Life Ceremony”, the recently departed are celebrated by parboiling their body and serving it up (with vegetables and miso) to guests, who are then encouraged to pair off, their lovemaking fuelled by their friend’s well-seasoned cadaver. While both stories feature characters troubled by society’s consumption of the dead – like Nana’s fiancé, who refuses to purchase any item made from a corpse – Murata does a remarkable job normalising these practices to the degree they almost seem justified.

In deconstructing our notions of normal­ity, Murata’s fiction tends to focus on society’s obsession with reproduction and marriage. Re­garding the former, Murata, much like Ottessa Moshfegh, dwells on bodily excretions such as the aforementioned “Life Ceremony”, where there are references to semen left in public places and where the protagonist, having been handed a bottle of ejaculate by a friendly stranger (“The white liquid teeming with life was so pretty…”) inseminates herself (“I poured the white liquid from the bottle into my hand and slowly inserted it into my body”). That’s tame compared to a scene in “A Clean Marriage”, where a husband and wife who have kept “sex out of their marriage” but still wish to procreate, undergo a procedure that involves a nurse with a silver tube, milking the husband (“The life flow is being ejected!”) and then inserting said tube into the wife. On the question of marriage, in her novel Earthlings, Murata’s main character, Natsuki, enters into a sexless partnership with Tomoya to evade so­ciety’s gaze. While their reasoning differs, the husband and wife of “A Clean Marriage” enter a similar arrangement. This attitude is also echoed in the wonderful friendship between Yoshiko and Kikue, as depicted in “A Summer Night’s Kiss” and “Two’s Family”. In the first piece, the two older women talk frankly about their relationship with men: Kikue loves sex but has never married, Yoshiko was married but never had sex. “Two’s Family” poignantly presents an alternate version of their relationship where the two women have lived together for 40 years, even rearing children, but not as a romantic couple.

What struck me about Murata’s short fiction wasn’t so much her willingness to flaunt taboos – something I was already prepared for, having read her novels – but rather how incredibly funny she is. Sometimes Murata can be silly, such as in the cheeky “Poochie”, where two school students adopt a middle-aged businessman as a pet. Some­times she can be quirky, as evidenced in “Hatch­ling”, where a woman who switches character depending on the friend group she’s with has to decide which of her five personalities she wants to exhibit to her soon-to-be husband. But by far the funniest story is “A Magnificent Spread”, where a lunch between two families reveals that each member eats something the others find revolting. It’s a tale that hilariously undermines the belief that you can learn anything about a person or their culture from the food they eat.

There are other wonderful stories that I don’t have the space to discuss, like the absurdist “Lover on the Breeze”, where a curtain hanging by a window falls in love with its owner’s boy­friend; the unsettling “Eating the City” where the main character’s love for organic produce and hatred for prepackaged vegetables sees her obsessively forage for food amongst the weeds and wildflowers growing in the city; and “The Time of the Large Star”, a disquieting fairytale about a girl who moves with her father to a town where nobody sleeps.

Given the provocative and sometimes vis­ceral quality of these stories, it’s a testament to Murata’s skills as a writer (and Ginny Tapley Takemori’s skills as a translator) that we never want to look away, that we’re more than willing to go wherever Murata leads us. 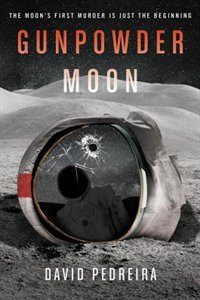