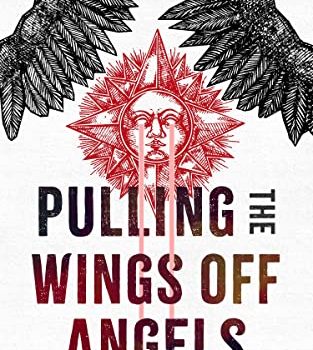 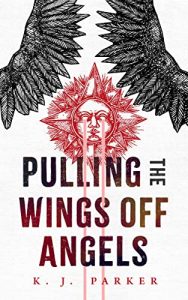 K.J. Parker may have the most distinctive voice of any contemporary fantasy writer, and certainly one of the funniest. His tales of an alternate but easily recognizable Europe sometimes re­semble heist capers, sometimes gangster sagas, sometimes comedies of errors – and sometimes they feature provocative discussions of ethics, philosophy, and religion, often disguised in the cynical voice of a self-admitted fraud and grifter. His most familiar character is probably the phi­losopher/artist/composer/playwright Saloninus, ‘‘the smartest man who ever lived,’’ who we’ve previously encountered in the novellas Blue and Gold (2010), The Devil You Know (2016), and The Big Score (2021), the latter of which featured his confession that, chronically unable to monetize his brilliant creations, he has always depended on con games and swindles to stay afloat. Saloninus shows up again in Pulling the Wings Off Angels, but the narrator and central figure is a former student of his who, before the tale even begins, has managed to (a) get himself into massive debt with a ruthless gangster named Florio, and (b) find himself doomed to hell be­cause of his grandfather’s various sins, which the grandfather ingeniously offloaded onto later generations. The latter, a kind of theological catch-22, is the most interesting of several char­acteristic moral conundrums that Parker offers up in his usual screwball comedy fashion. ‘‘You can’t be forgiven,’’, the titular angel explains when the narrator offers penance, because ‘‘you haven’t done anything wrong…. But your grand­father did plenty.’’

The angel in question is not only the central plot point of the novella, but also a vivid figure with the sophisticated, caustic voice and attitude of a Katharine Hepburn character. In order to satisfy his debt to Florio, the narrator agrees to capture the angel, even though he initially doesn’t even believe angels exist. But it turns out that the creative genius Saloninus has not only found a way to trap an angel, but to imprison her in a kind of theological Faraday cage – a space which is invisible to God, and in which the brutal but weirdly affable Florio can actually do what the title says. The thoroughly corrupt deal-making which follows involves Florio and the narrator not only gaining control of a broken-down kingdom, but eventually concocting a scheme to directly challenge God Himself.

As funny as they may be, Parker’s stories are never without a genuinely dark edge, and the violence and brutality of Pulling the Wings Off Angels is evident from its opening para­graph – or for that matter, from the title itself, which turns out to be pretty literal. Virtually all his characters are looking for the main chance, and only secondarily or even inadvertently find themselves committing moral acts (such as what happens when Florio and the narrator inherit that shabby kingdom). Redemption, when it comes at all, is less a matter of grace than of shrewd deal-making, and even the smartest man who ever lived – an absurd amalgam of Aristotle, da Vinci, Newton, Mozart, and Groucho Marx – is essentially a con artist. Yet there’s something undeniably appealing about these charlatans, and a lot of that has to do with Parker’s masterful control of narrative tone and his sharp dialogue. Pulling the Wings Off Angels is a more than worthy addition to Parker’s unique version of his own genre–what we might call the comedy of bad manners. 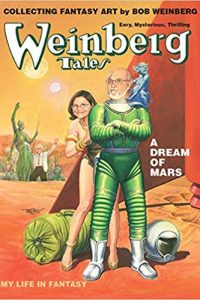 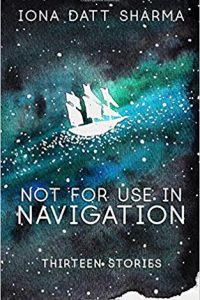